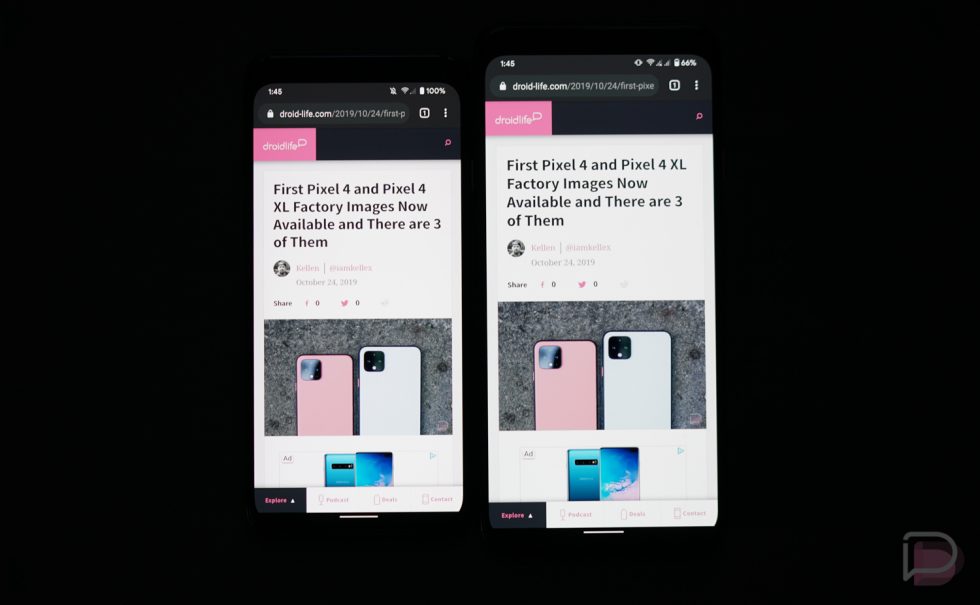 We learned earlier today from iFixit that the Pixel 4 XL features a Samsung-made display panel, which was an interesting find simply because Samsung has yet to utilize a 90Hz panel on one of its own flagship phones. Now, thanks to XDA’s Mishaal Rahman, it’s now confirmed that the panel on the smaller Pixel 4 is produced by LG.

Does this mean something important? No, not nothing overly important. From our own experience, it appears that the Pixel 4 XL can get a bit brighter when cranked to the max brightness level and we’d also describe the Pixel 4’s display as a bit warmer than the Pixel 4 XL’s.

Just like Samsung, LG has yet to introduce a flagship device with a 90Hz+ refresh rate. We at least now know that the company is indeed capable of doing so.

I can 100% confirm that the smaller Pixel 4's display panel manufacturer is LG now. Thanks to this commit revealing that panel information is now dumped to dumpstate_board via adb bugreport. https://t.co/UYDowXfdZ5 pic.twitter.com/PDM7mfRp9c