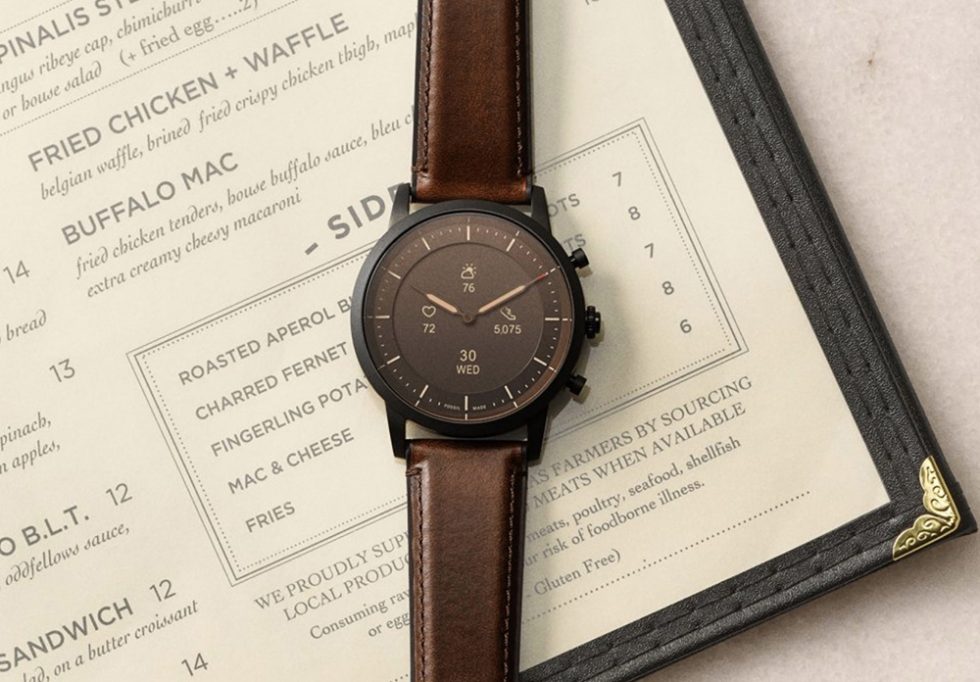 At the beginning of the year, Google announced that it had purchased a wearable-related tech from Fossil to the tune of $40 million. Neither company would say what it was at the time, only that Google hoped to be able to make it widely available to the greater wearable ecosystem, rather than have it be exclusive to Fossil. This week, a report suggested that the tech might have been a hybrid watch tech (called “Diana”), which combined smart elements with mechanical watch hands. Assuming that is indeed what Google bought, well, we now know what that product is/was going to look like.

The folks at reddit this yesterday discovered unreleased Fossil products in the hybrid family called Collider and Charter that are listed all over the internet at around $195. Since Fossil makes a bunch of hybrid watches, these weren’t initially something that stood out, but as we started digging deeper, there are signs that point to these being the exact products described in that report from earlier in the week.

First off, what’s unique about these watches? Collider and Charter are hybrid watches with mechanical hands, only they offer an upgrade over most hybrids because those hands sit atop an e-paper or e-ink display that shows info you might find on a smartwatch. In a way, the design is like that really bad LG W7 Wear OS watch, only Collider and Charter have 2-4 week battery life and no touchscreen.

Why do we think this is the technology that Google bought? Again, assuming that earlier report was correct, Fossil’s own website, as well as dozens of retail listings for these watches kind of spoil it all.

From Fossil’s site, a sitemap calls the platform “Connected Diana” and refers to a number of features:

As another example, this retailer calls it the “Fossil Collider DIANA Smartwatch,” and talks about Diana in the description:

The Collider is the first digital and analog (DIANA) hybrid smartwatch from Fossil, the newest of the newest! It has the looks of a traditional watch with a 42 mm stainless steel case, covered with strong mineral glass. In addition, this new generation of hybrids also has a modern e-ink display behind the hands. This allows you to stay up to date on, for example, your steps, weather and notifications of all your favorite apps. Set up to 10 different face elements. With the built-in heart rate monitor you can even add your heart rate to this! Because the Collider does not have a touchscreen, the battery will last for 2 to 4 weeks (depending on use). This means you never have to miss a workout and you always have insight into your performance. Easily connect via Bluetooth to your iPhone® or Android ™ phone so that you can view all the statistics in detail such as calories, steps, sleep and more. Once paired with your Smartphone, the time synchronizes automatically and you can assign functions to the top right button. Do you want to start a workout with Google Fit or see your latest WhatsApps? It is possible at the touch of a button!

See what I mean? If anything, this perfectly matches the news from earlier, whether it’s what Google bought or not. 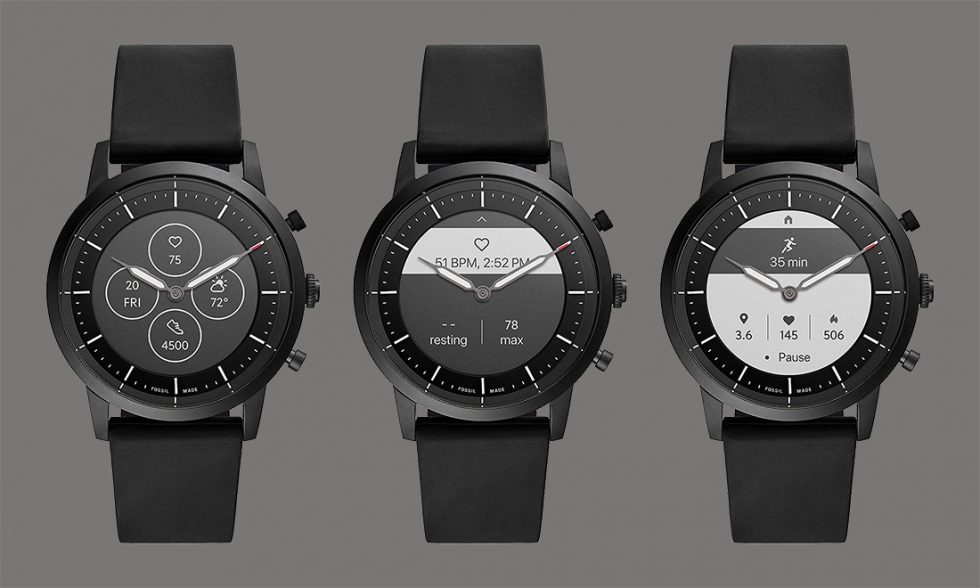 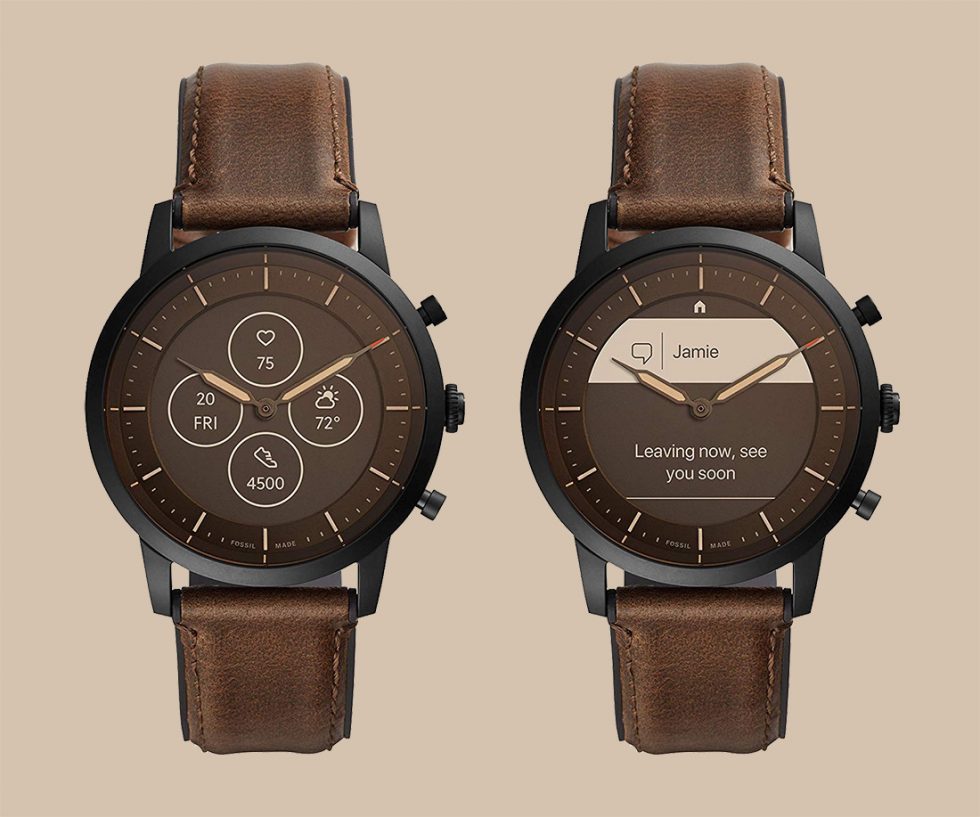 Now, with all of that in mind, what does this all mean generally speaking? For one, there are similarities here to Wear OS in the styling of the customizable elements on the watches. Google Fit integration is something I’m not sure we’ve seen outside of Wear OS. There is always a chance that Google allowed Fossil to tweak Wear OS into working without a touchscreen on a hybrid design like this.

With that said, not a single listing for these watches mentions Wear OS. All signs point to this watch being powered and setup by the Fossil Smartwatches App, which is the same app they use to power and setup all of their other hybrid watches. That would mean customizing all elements through that app, setting up integrations with Google Fit, etc. That also makes sense, since this doesn’t have a touchscreen and you would need a separate app in order to do those things. Fossil may have wanted the UI elements to look like their other smartwatches and that’s why it looks so similar to Wear OS.

What’s so confusing about everything here is the fact that these watches appear to have been posted to Amazon as early as June 10. Amazon listings pegged them for a September 7 launch and had a pre-order period open for a time, just no one noticed. They also showed up at a number of overseas online retailers as if they were about to be released or should have been released already. We have all marketing materials, press shots done, etc. These watches sure look ready to go. Now, we’re (obviously) a couple of weeks past when Amazon expected a launch and most retailer listings have been pulled since they’ve been pointed out, so this is all a bit of a headscratcher. 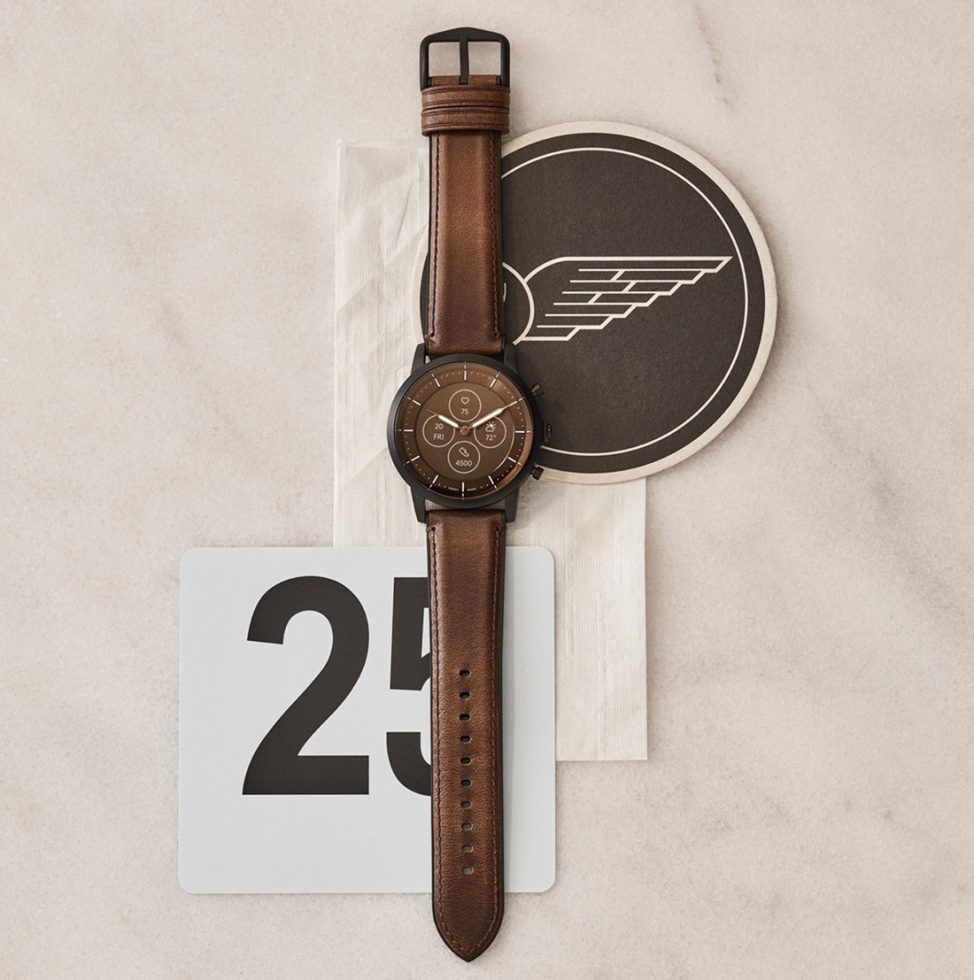 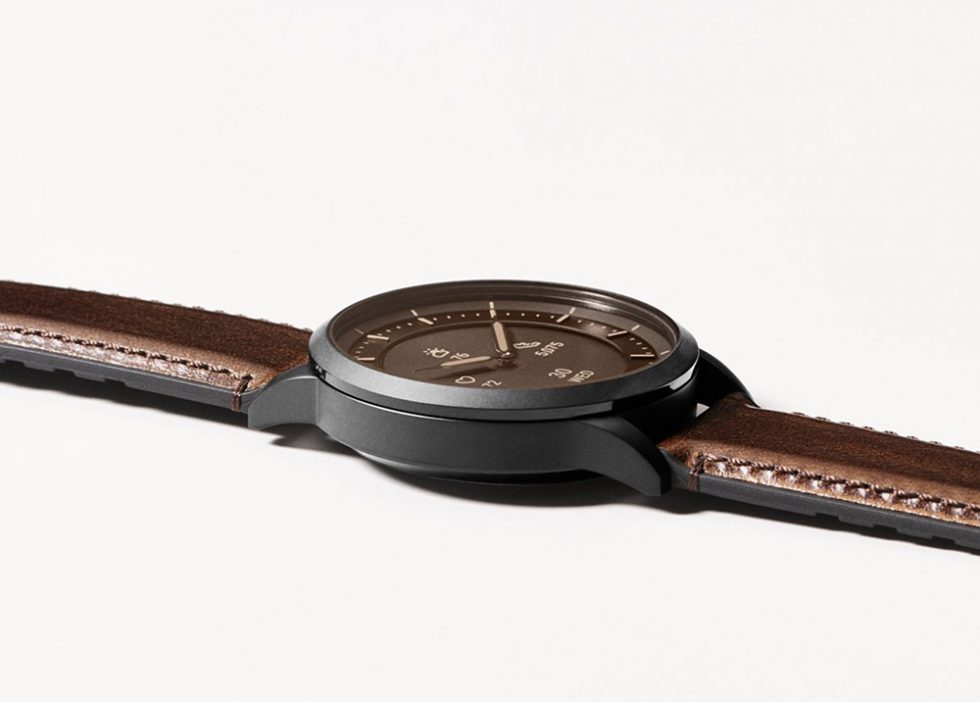 Has Fossil pulled the plug on Collider and Charter “Diana” watches? Are they waiting for Google to announce that Wear OS can be trimmed onto a hybrid device? Is there more to this story? Likely. We’ll update you as we learn more.