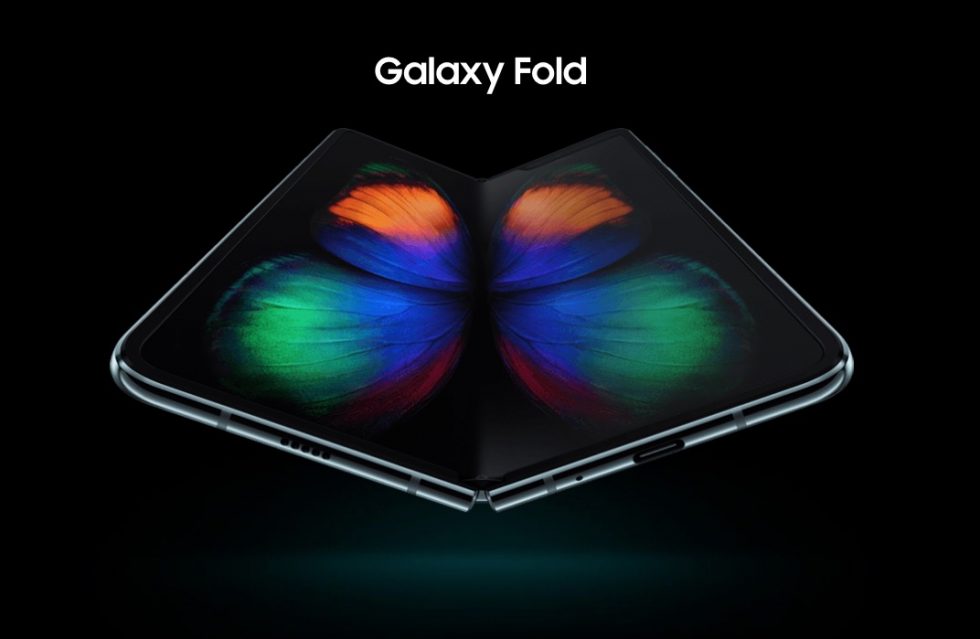 Now that Samsung has re-introduced the Galaxy Fold, with availability expected to happen in a few short weeks in the US, all of those original pre-orders from the April launch have been cancelled. For whatever reason, Samsung was letting you hang-on to them until the phone returned after being fixed, but things have changed some and you will need to re-order if still interested.

You may recall that Best Buy was first to cancel all pre-orders they handled, while Samsung Store orders just needed an additional approval from customers to stay active. They never did charge anyone, it was more of a placeholder for when the phone arrived. What I’m saying is that you don’t need to do anything if you had an active pre-order, you will simply need to wait until the phone goes back up for purchase and try to purchase again.

As a token of appreciation, Samsung is giving all Galaxy Fold pre-order customers a $250 credit that they can spend at Samsung’s store. If you pre-ordered, you’ll want to check your inbox for the email below (titled “Your Galaxy Fold: An important update on your pre-order”), as it contains a one-time use code. Samsung doesn’t say in the email that you will be able to use this code on the Fold in the near future, but you should be able to (or a Note 10+).

Anyone planning to purchase again? 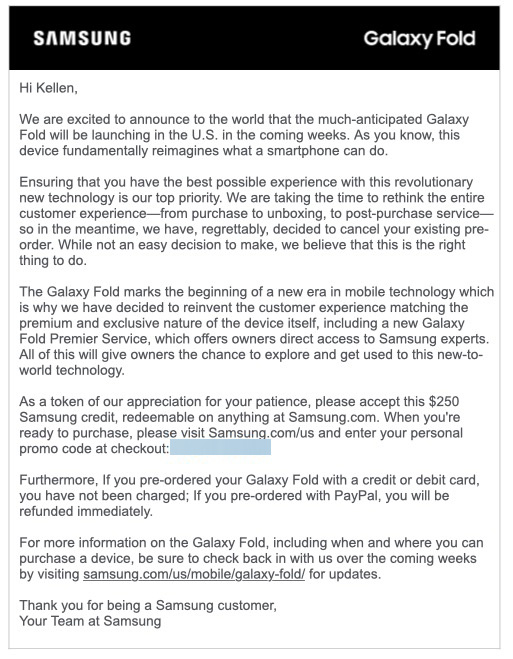