Samsung opened up pre-orders for its $2,000 foldable phone on Sunday night and has already sold out of the the first batch.

This afternoon, Samsung sent emails to those who reserved a device but failed to pre-order right away, letting them know that “due to overwhelming demand,” they can no longer purchase the Galaxy Fold. Instead, they’ll remain on a list to be notified when there is a re-stock.

We have no idea how many devices Samsung sold, of course, but they did have multiple color variations of the Galaxy Fold available initially. Within the first couple of hours, most color choices were gone.

Thankfully, we got our pre-order in right away and should be in line to get one of the first devices off the production line. That’s super important too since Samsung views us as dirt, unworthy of a briefing or hands-on or “Hello!” We’ll be two weeks late with our Galaxy Fold coverage as we await that order, but that’s typical stuff around these parts when it comes to Samsung products. ❤️ Samsung.

Hopefully, if you wanted to get a pre-order in, you did! 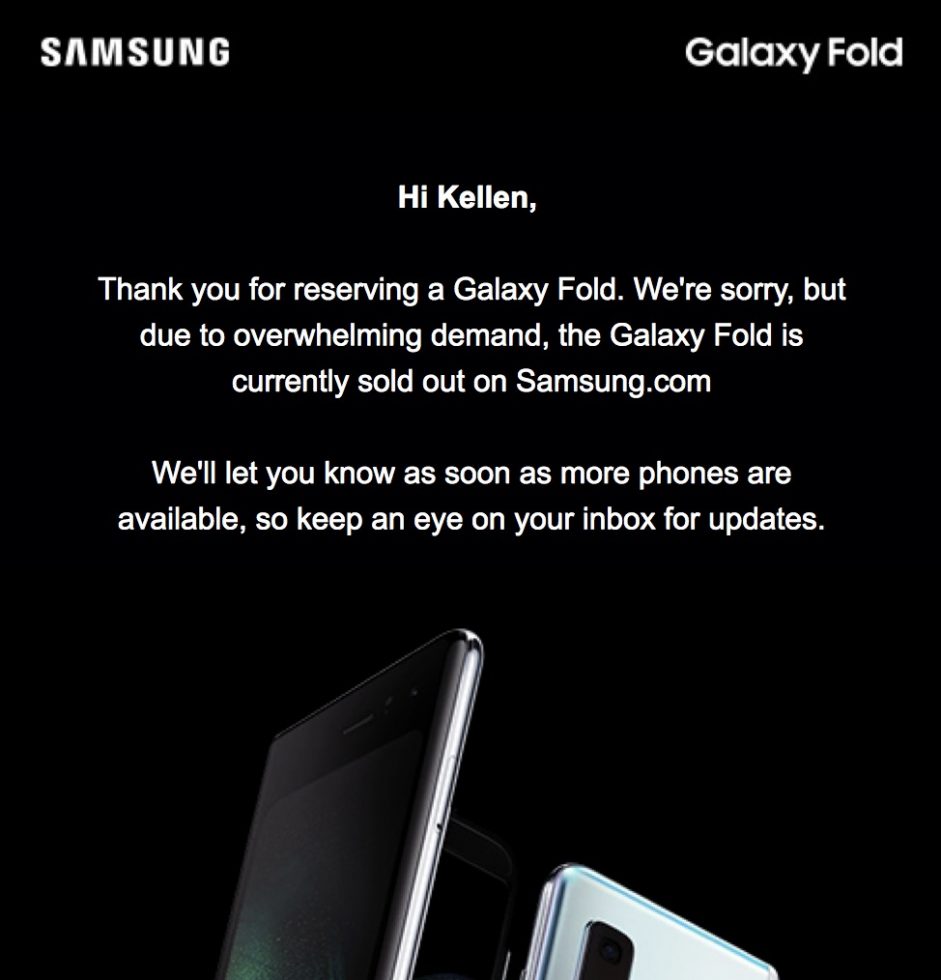