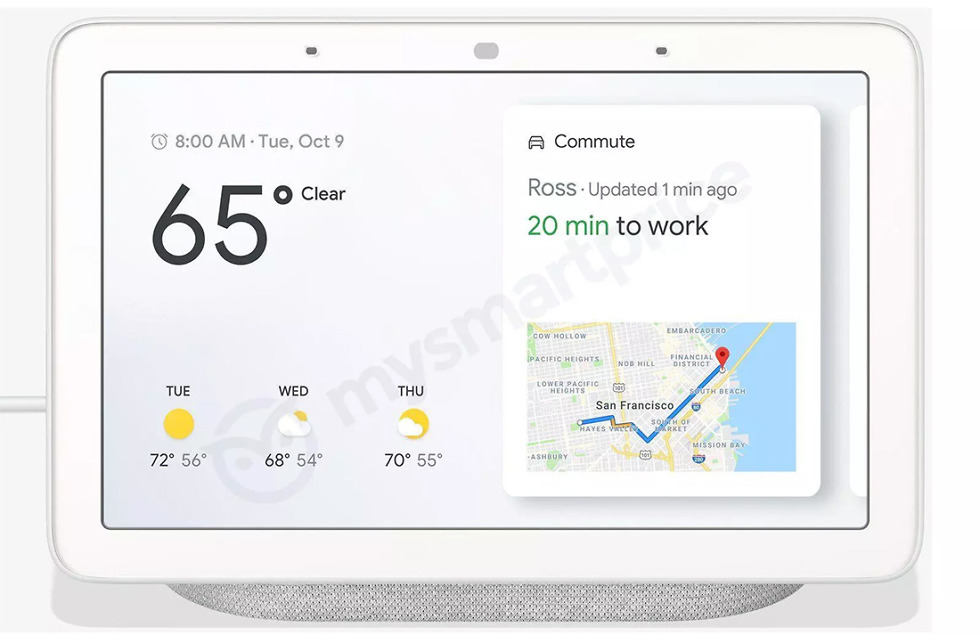 Rumors suggesting that Google would release its own Google Assistant-powered smart display first surfaced about a month ago. Today, we’re getting what sure appears to be our first look at the device, dubbed Google Home Hub.

The device reportedly features a 7-inch touch display that is attached to a speaker outfitted with familiar Google Home-esque fabric that should be available in both white or charcoal, like other Home units. It looks a lot like a Square stand with iPad attached.

The front of the device includes a couple of sensors (ambient light and color), but may not feature a camera, which is odd. One of the big selling points of the Lenovo Smart Display is the front camera that can be used for Duo calls. On the back, we have a mute switch and volume rocker, as well as the power plug port. WiFi support over 2.4GHz and 5GHz is there too, as is Bluetooth, and the unit weights 480g.

For speakers, listings for the unit that revealed all of this info say that you should expect “Full-range speaker for crystal clear sound,” as well as far-field voice recognition for Assistant commands. 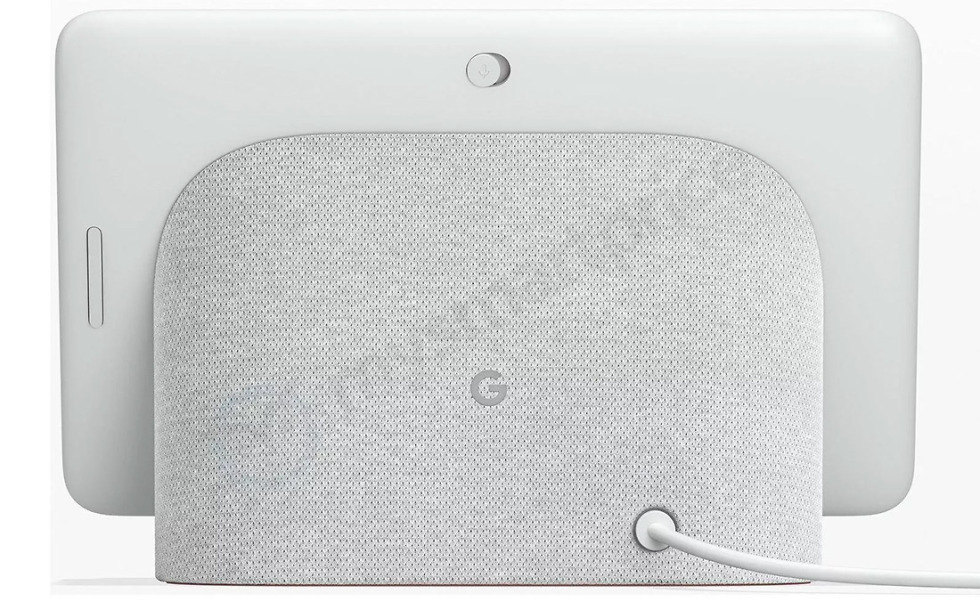 And that’s pretty much it. Google Smart Displays aren’t new and the functionality that Google will embed probably won’t change much over those from Lenovo (our review) or JBL. You’ll get access to Google Assistant with visuals, a speaker for listening to music, and a clean design.

We don’t know pricing, but current Smart Displays are starting as low $199.99. This could be priced similarly.