Fresh off its unveiling from earlier in the month, we now have a Moto Z3 Play in house and are pretty excited about it. If that sounds odd to you, you must not know the Z Play line’s history around these parts. Even as mid-range phones, previous Z Play devices were some of our favorites and this latest attempt from Motorola improves upon some of our previous gripes.

Does it have everything? No. It’s not really water resistant, doesn’t have wireless charging (unless you attach a Moto Mod), doesn’t have the highest-end Snapdragon processor (it’s not supposed to), and probably won’t have a top tier camera. But again, it’s a $450 phone.

I’m excited for it because the Moto Z Play line has stood in the past for having really great battery life, really nice performance, and an overall solid set of specs for the price with the fun of Moto Mod connectivity. This is also the most modern of the line, with an all-display front and a premium build. I also like that fact that I can use it on every major US carrier, something even OnePlus continues to fail to be able to do. 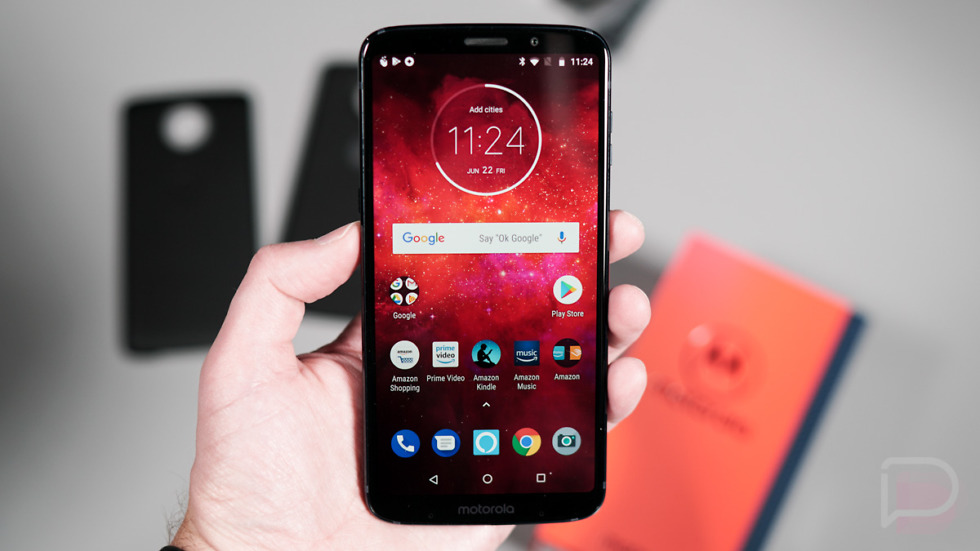