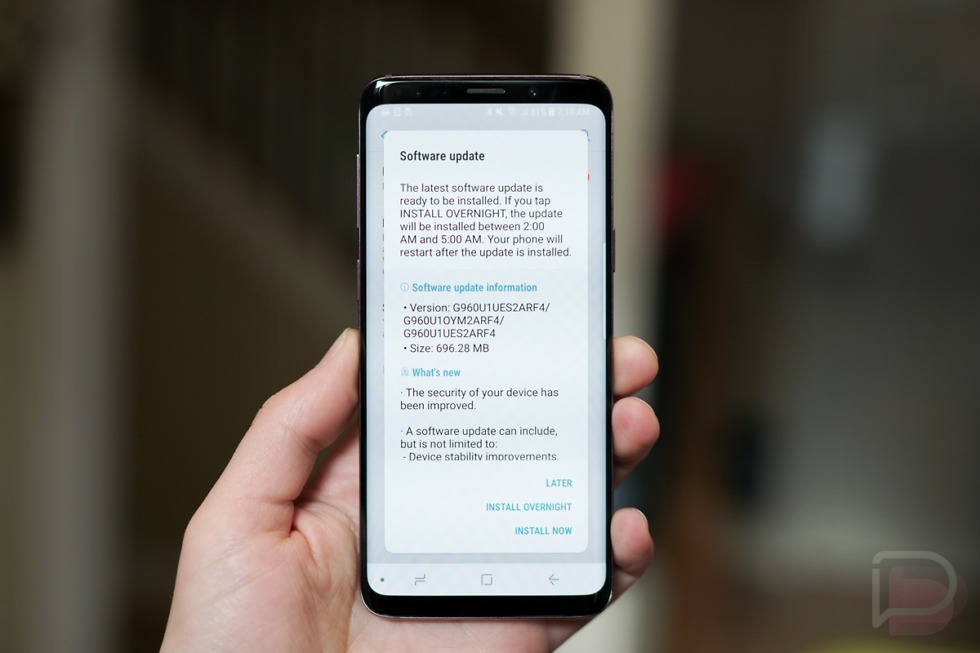 Guys, the US unlocked Samsung Galaxy S9 is getting an update right this minute. This is big news, to those who have followed along in the Samsung-is-failing-to-update-the-Galaxy-S9 saga, as this is the first update for the phone since it launched 3 months ago.

The update should be minor, even though it weighs in at almost 700MB. It includes the June Android security patch and probably numerous bug fixes, since again, the phone hasn’t been updated in 3 months when it should be seeing updates each month.

The US unlocked models now join T-Mobile and Verizon units with the June patch. Hopefully, Samsung doesn’t wait another 3 months to update them all again.

The update is live right now, so head into Settings>System update to grab it.