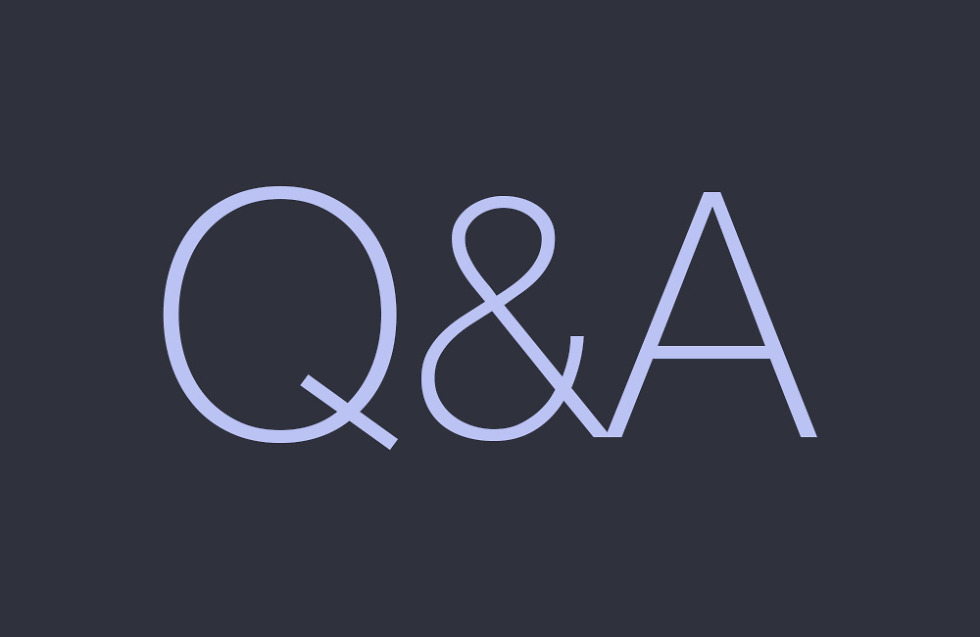 We took an extended break from Q&A Sessions, and frankly, I’m glad we did. From the questions we received this week, it seemed many of you were inspired to come up with fantastic questions, so thank you very much for that. We love reading your questions and really having to think about our answers.

In this edition, we talk about Wear OS and what we want to see from it, the tech we have in our cars (more like lack of), the most innovative Android OEM over the past decade, plus plenty more. There is a lot of great questions in here.

Could a true Pixel Watch save Wear OS?

K:  Not by itself, no. While I’m sure Google could make a nice looking watch, Wear OS has other problems. We need Qualcomm’s new wearable chip that’s coming this fall to be a game changer in terms of battery life and additional feature support. Plus, Wear OS is a mess as a watch OS. Google needs to start from scratch on it to make it an OS that isn’t completely frustrating to use. So no, a Pixel Watch alone won’t save Wear OS.

T:  Well, hardware alone isn’t going to save Wear OS. Google needs to redetermine what Wear OS is and how it will benefit those who buy into it. In the beginning, Android Wear was a simple extension of your smartphone. There was a feed with weather and notifications, plus the hardware was solid (Huawei Watch, Moto 360, etc.). Now, you have OEMs refocusing their efforts on fitness (Huawei Watch 2) or being just really shiny and expensive (TAG Heuer, plenty other premium brands). For me, I wouldn’t mind going back to the simple times, where Wear OS could just show me simple notifications, help me pay for things quickly (Google Pay), and just look good. 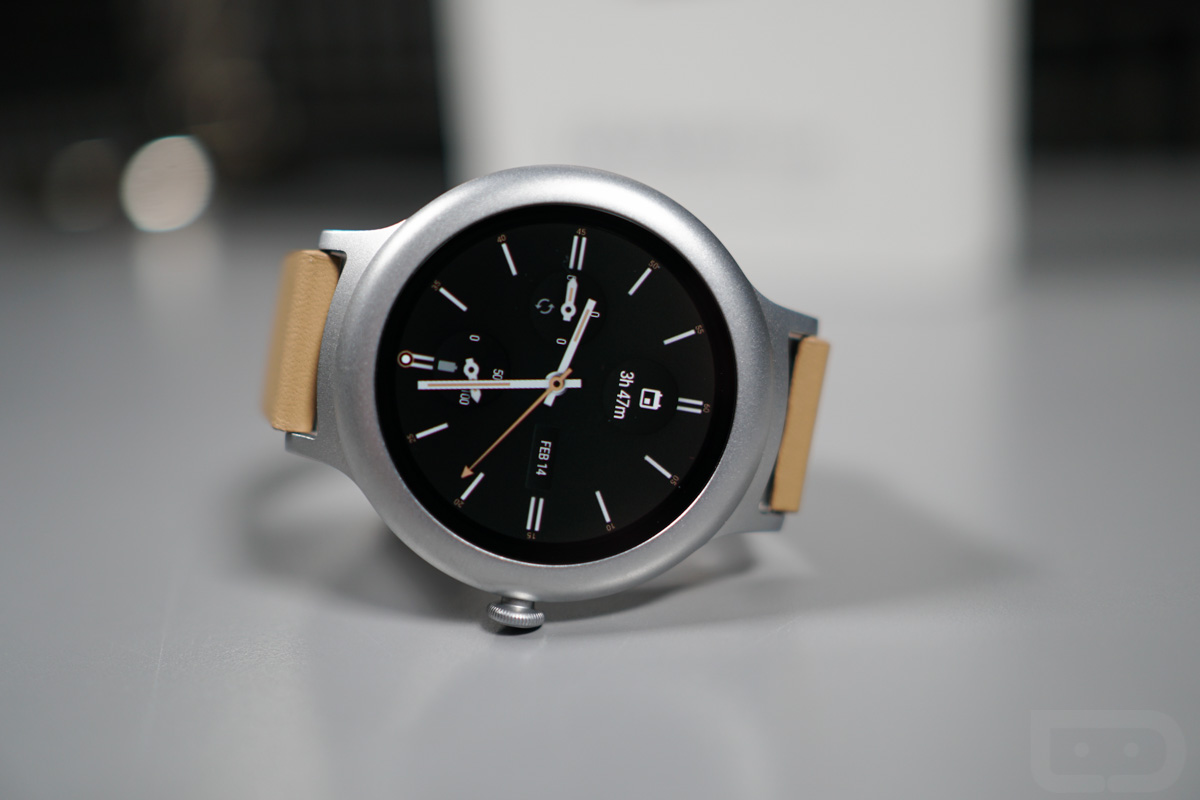 What type of tech do you have in your own cars?

K:  Nothing, hah. Stock systems with no Android Auto and a couple of cheap fast car chargers. Hoping to change that soon when my current leases are up. I need Android Auto in my life.

T:  I use to have Android Auto in my old car, but I’m still waiting for Ford to push the SYNC 3.0 update to my Mustang GT. You can enable auto updates, but apparently it takes forever for the car to ping Ford’s network to see if there’s an available update. I could also load it via USB, but I’d have to leave the car running in the driveway for an hour and that would cost like $20 in gas. Meh! However, once that update comes through automatically, I’ll be back to Android Auto and loving life.

What are your biases, which you will not apologize for, when it comes to Android?

K:  I do not like overdone custom skins from manufacturers. I like clean Android and will probably never be a fan of whatever Samsung and LG and Huawei are doing on top of it. It’s unnecessary bloat that they are using to try and standout, except it only makes the ecosystem worse. They don’t update because of them, they don’t implement Google’s vision for Android and new ideas Google is pushing, and customers get left behind. I’m also never going to be a fan of glass on the backs of phones. Talk about the worst decision possible when it comes to durability.

T:  I like Google’s Android. Not LG’s. Not Samsung’s. I like Google’s and I refuse to apologize for that. It’s smooth and gets updated. What’s not to like? Apparently I’m a Google fanboy because of that, but I take it as a compliment. 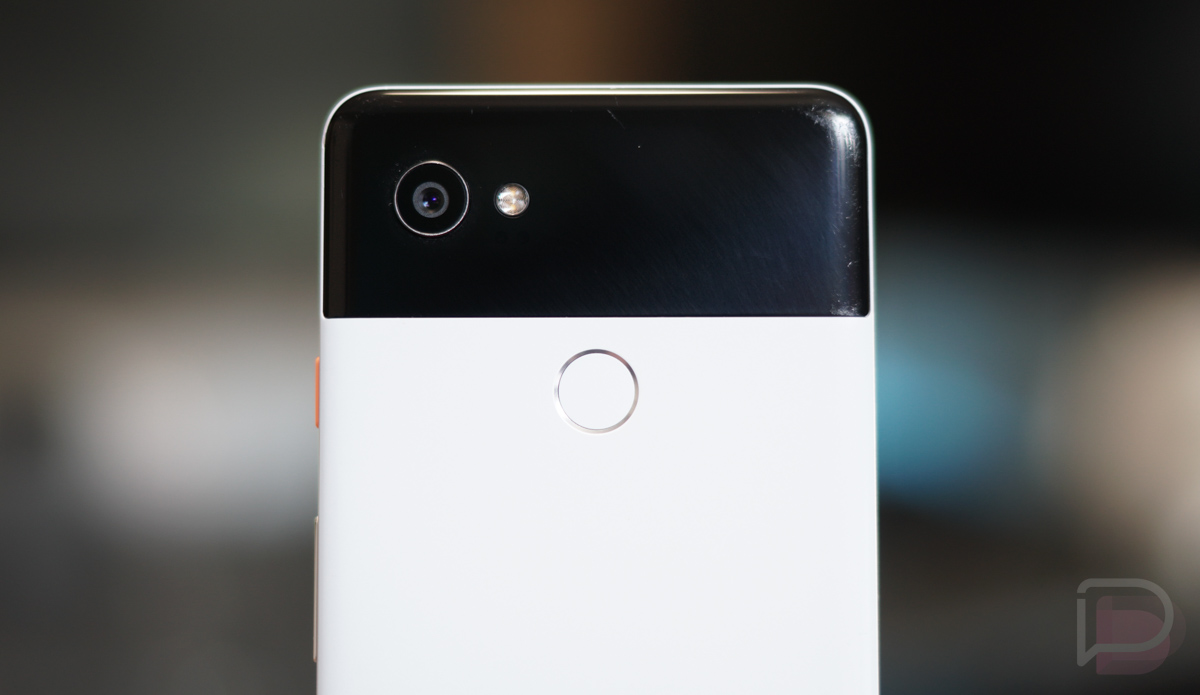 What do you miss about the “old days” of Android?

K:  Innovation. Android is pretty boring at this point because it’s so mature. Only a couple of times per year do things get really interesting, but it used to be a monthly or weekly thing. The OS was changing constantly. New phones dropped every couple of weeks. Things changed in screen resolution and quality, same for cameras and battery sizes and materials used. Now, everyone just releases the same thing with a new coat of paint or logo. And Android in general hardly changes with anything meaningful.

T:  I do miss browsing through forums and looking for the next great custom theme. Flashing ROMs and themes was always fun, but since that community is basically dead, we’re left with dealing with OEM skins. Thankfully, launchers can change them up quite a bit and these OEMs are building in their own theme engines.

K:  The most innovative is probably Samsung. They took AMOLED from trash to the best. They curved glass. They went full water resistant, never let up on making incredible cameras, and continue to add new tech like iris scanners, Bluetooth 5, and faster UFS storage before almost anyone. I rag on them for their stale designs, but you can’t argue with the change they’ve brought to Android. The least innovative is probably Sony. I couldn’t tell you a single thing that Sony added to smartphones in recent years. They always come in late and without doing anything great.

T:  10 years is basically the entire life of Android, so if I was to judge from those early days all the way to today, I’d have to go with Samsung. Samsung gave us big phones in the Note series, excellent hardware evolution (from plastic to all metal and glass), plus features you still don’t find on other devices (iris scanning, heart rate monitors, etc.). You have to give props when they’re due and Samsung seems to be the most innovative to me. As for least? Gosh, that’s tough. I’d go with LG maybe. Besides their work with bringing mobile audio to the forefront and giving us one of the first QHD displays, a lot of what LG does either doesn’t work, like its attempt at modularity, or feels half baked. This isn’t really a knock at LG, I just don’t think we’ve seen a whole lot of creativity and useful new things. 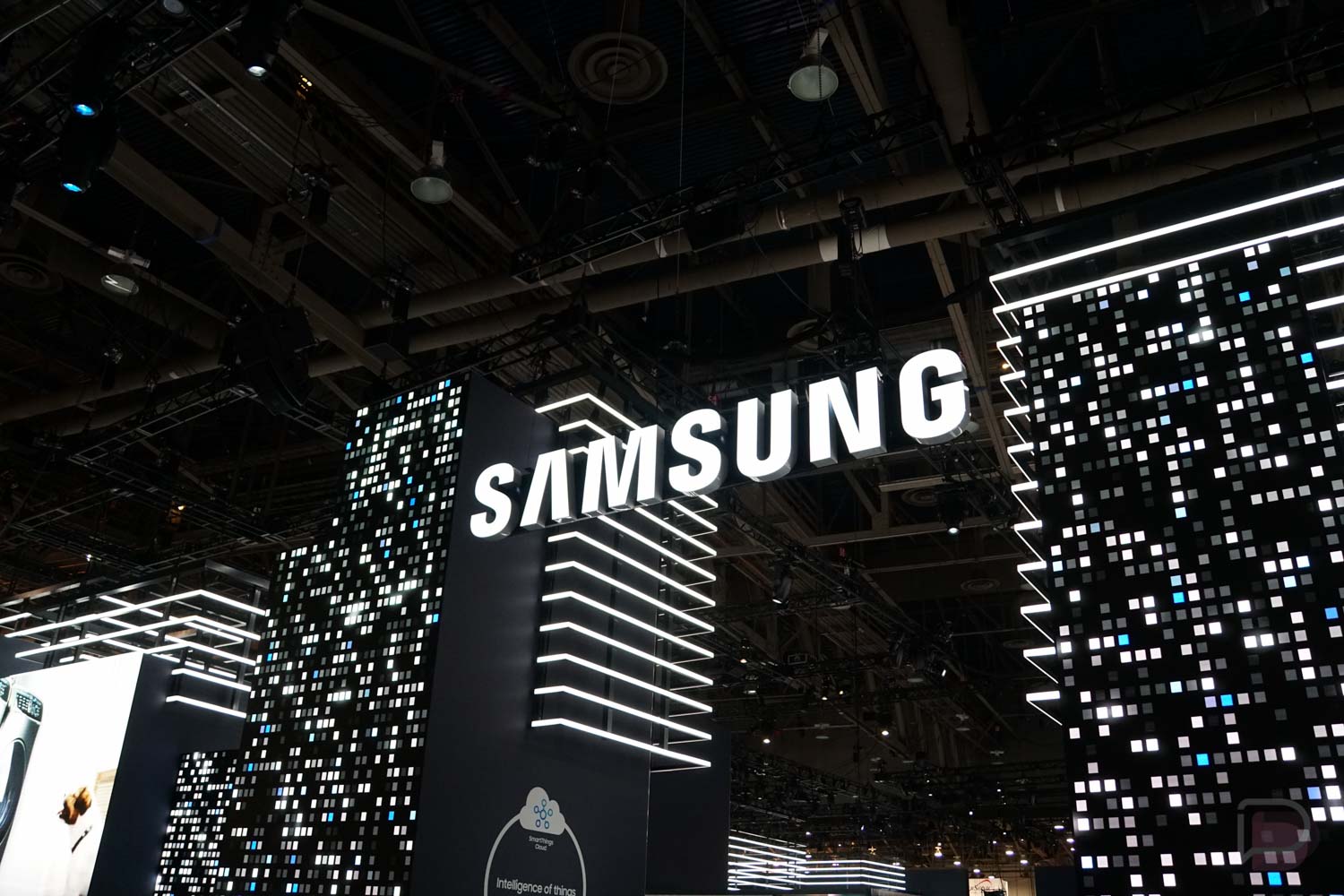 K:  We have fun at every CES, and the first ever with MrPicolas, Tim, and I was absolutely nuts. We had no idea what we were doing, got too drunk, lost all our money, and disappeared into the night at a gentleman’s club or two. But my favorite was probably CTIA in New Orleans. The conference was mostly uneventful, yet I got to experience New Orleans for the first and only time and fell in love with the city. My wife and some friends met when the show ended, stayed for a few more days, and won’t ever forget the trip. As for the worst, it’s probably every Samsung event. We fly all over the country for them and get f*cked on pre-briefings that others are privileged enough to get. So we’re struggling to get any content out and are always at a massive disadvantage during the most chaotic moments, because thousands and thousands of people are doing the same.

T:  Pretty much every trip we take to Vegas for CES is the best. Good food and good people. Plus, checking out the latest tech ain’t so bad! A few of those highlights would be meeting Dennis Rodman and him calling us “Geek Guys.” We also watched Michael Bay completely breakdown live on stage. “Michael, the curve?” Man, that was awesome. My worst trip was to NYC and I was alone. I had some random chicken dish from a hotel restaurant. I got crazy sick and vowed never to eat chicken from hotels ever again.

If LeBron wanted to come to Portland, would you want him?

K:  Umm, yes. I’d like the best player on Earth to play for my favorite team.

T:  Part of me says yes, the other part says no. While he is a winner, I don’t know if I care for his attitude all of the time. He seems like he could be toxic for some locker rooms, but on the other hand, it’s King James and Portland, OR would finally get some national media love.

Do you think Android Auto is worth the price tag?

K:  If I had a car that supported it, I’d try to tell you. But I have no idea because I’ve never used it outside of the app on my phone.

T:  If you buy a new car with Android Auto, sure! If you plan on installing one of those $500+ head units from a third-party, that’s a different story. I really like Android Auto and I know my girlfriend would never own another car that doesn’t have it. I’m not as attached to it as her, but I do see how it’s very helpful when it comes to getting Google Maps in your vehicle and seeing notifications from your phone. For me, I enjoy driving, so basically all of that comes second to my experience behind the wheel. I can easily just use my phone for all of that stuff, so it really comes down to the individual. 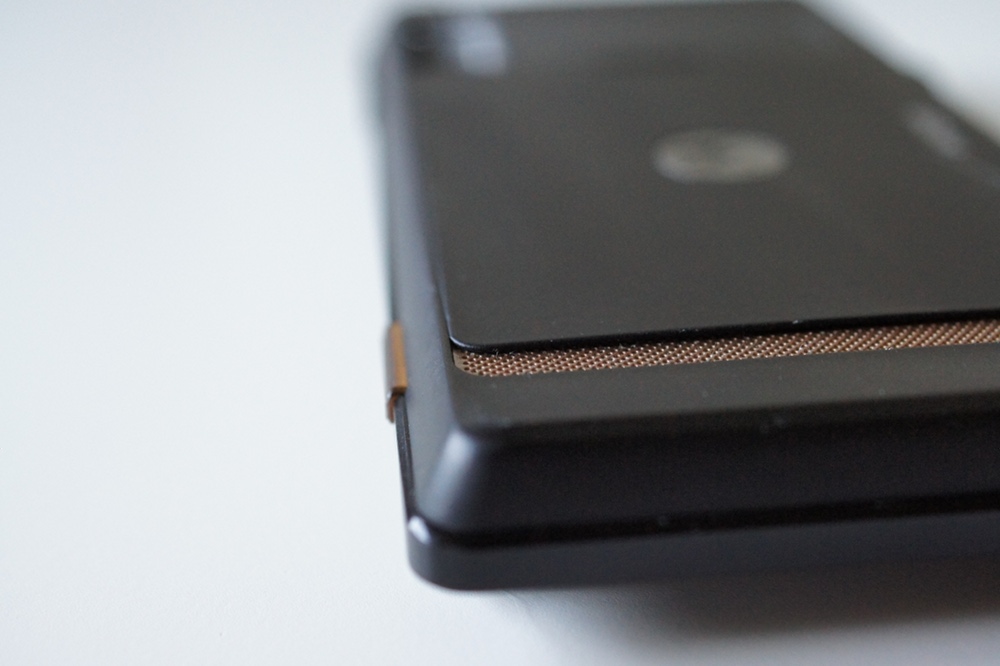 What are your top 3 DROID-branded phones and your least favorite?

K: Original DROID, because you know. Then probably Moto Z Play and the Bionic that never released, because it looked nice unlike the Bionic that eventually did release. That’s tough. There were so many bad DROID phones.

What podcasts do you listen to or suggest (besides Droid Life’s, of course)?

K: I don’t listen to podcasts.

T:  The only podcast I’ve ever truly listened to for an extended period of time is the Generation Why podcast. They talk about crimes, such as murders and stuff. My girlfriend makes me listen to it when we go on road trips. It’s pretty good and they talk about some crazy cases!

What is your dream car?

T:  Ever watch Gone in 60 Seconds, the one with Nicolas Cage? Then you’ll know the car I’ve dreamt about since I was a child. The 67 Shelby GT500, also known as Eleanor. She’s the only girl for me.

To check out past editions of DL Q&A Sessions, look here.