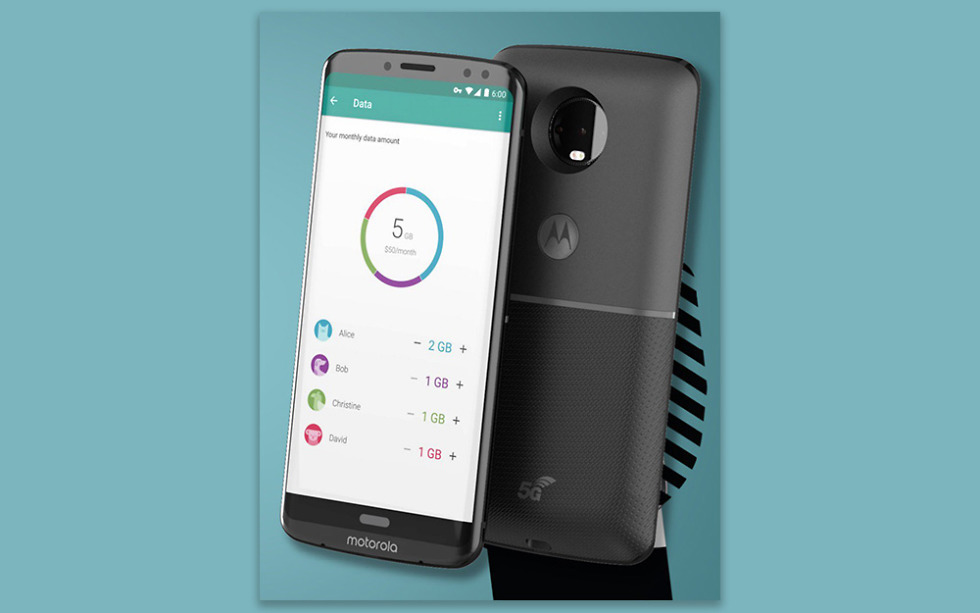 Back in January, we outed what we believed to be most of Motorola’s 2018 line-up of phones. That day, we showed you a first look at the entire Moto G6 line, the Moto X5 (which may have been canceled), and the Moto Z3, Moto Z3 Play, and a 5G Moto Mod. Since those posts, the Moto G6 has been announced, plus the Moto Z3 Play has continued to leak without announcement. Over the weekend, the Z3 Play leaked again alongside an updated 5G Moto Mod.

XDA posted up the new shots, one that shows the front of the Moto Z3 Play sitting next to the 5G Moto Mod. The Z3 Play picture doesn’t reveal anything we didn’t already tell you. It still shows the white navigation gesture button that’s on screen, slimmer bezels than we’ve had in years past, and a missing fingerprint reader. The 5G Moto Mod is different, though.

It’s obvious now that the renders we showed you (like the 5G Mod at top of this post) so many months ago were of early designs. Recent leaks of the Z3 Play show a different Moto Mod PIN connector and this 5G Moto Mod is completely changed. This Mod shows the 5G logo on the bottom, but it now has a hump at the top, likely where it houses whatever it’ll take to connect to a 5G network.

We’ll be curious to see what the goal of this 5G Moto Mod is and who it works with. Is the idea that people might buy a Z3 Play or Z3 without 5G, so they’ll want to add it later, even as Motorola likely ditches this Mod design? Probably. But which carriers will support it? That logo on the Mod is the official 5G logo, so we aren’t getting hints at which carrier would be on board. T-Mobile and AT&T both think they’ll launch wireless 5G over the next year.

Check out the new pics below.