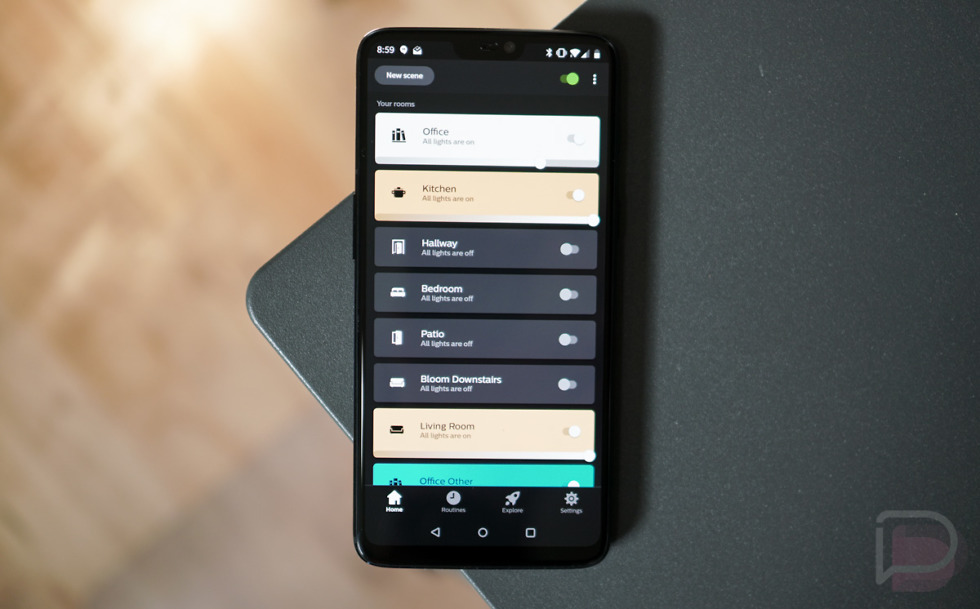 The big Philips Hue 3.0 app update that has been teased since January, is now live on Android. If you are a Philips Hue user, prepare yourself, as the update is quite the change.

Upfront, you’ve got a bottom navigation bar now, as well as a more compact layout with updated on-off switches. There are “over 30” new scenes to choose from, a better way to control individual lights in a scene as well as the color you want, new scene creation tool, recently-used colors kept in history, and a general modernization of the app that makes simple light controls much more accessible.

The previous Hue experience was starting to feel quite dated. And while I’ve already noticed some reviews that aren’t thrilled with the changes on Google Play, after spending the past hour with it, I’m actually pretty happy. I have more control, better controls, and more accessible controls, all in an app that looks like it belongs in 2018.

Go grab the update now and let us know what you think.