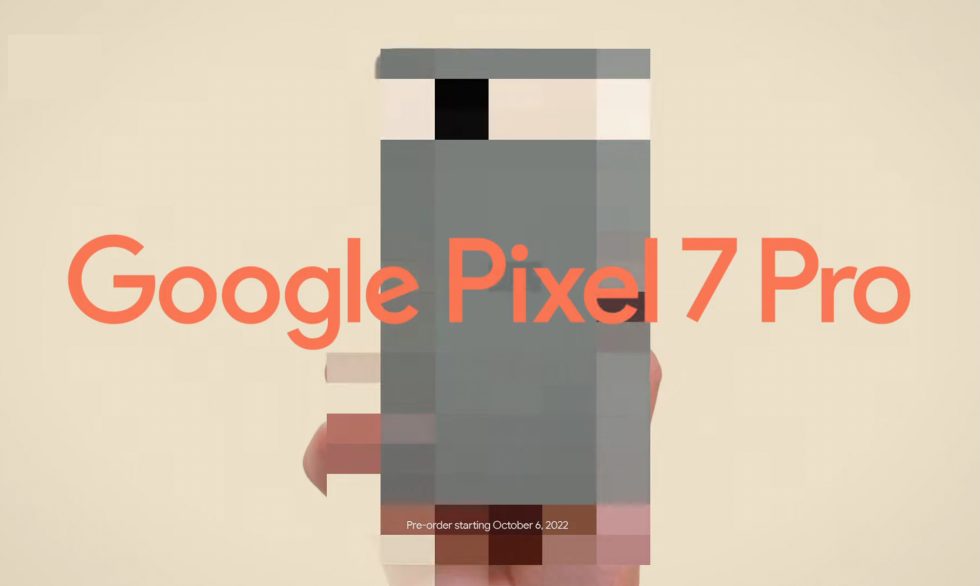 Once Google shows off all that the Pixel 7 and Pixel 7 Pro have to offer on October 6, it won’t be long before you’ll be able to pre-order one. Google announced today that pre-orders will open that same day.

In a silly “first impressions” video of the Pixel 7 Pro, where Google pixelated the phone and then let a bunch of actors hold it to talk about some of its already-known features, they revealed at the end that you can “Pre-order starting October 6, 2022.”

Google opened pre-orders for the Pixel 6 and Pixel 6 Pro in similar fashion last year, with orders available the day they announced the devices. Of course, we all know that the pre-order system was a mess and left people frustrated and angry. The chances of that changing for this year are slim, unfortunately.

October 6 is only a couple of weeks away at this point, which is wild to think. It doesn’t seem that long ago that Google was showing off the Pixel 7 designs at Google I/O, yet that was back in May. Time does indeed fly when there aren’t many leaks to be seen because Google already showed us the goods.

There are still some surprises, though. We need to know more about Tensor G2, the story on camera systems, and how these phones are in any way an upgrade above the Pixel 6 line, not counting the more refined designs.