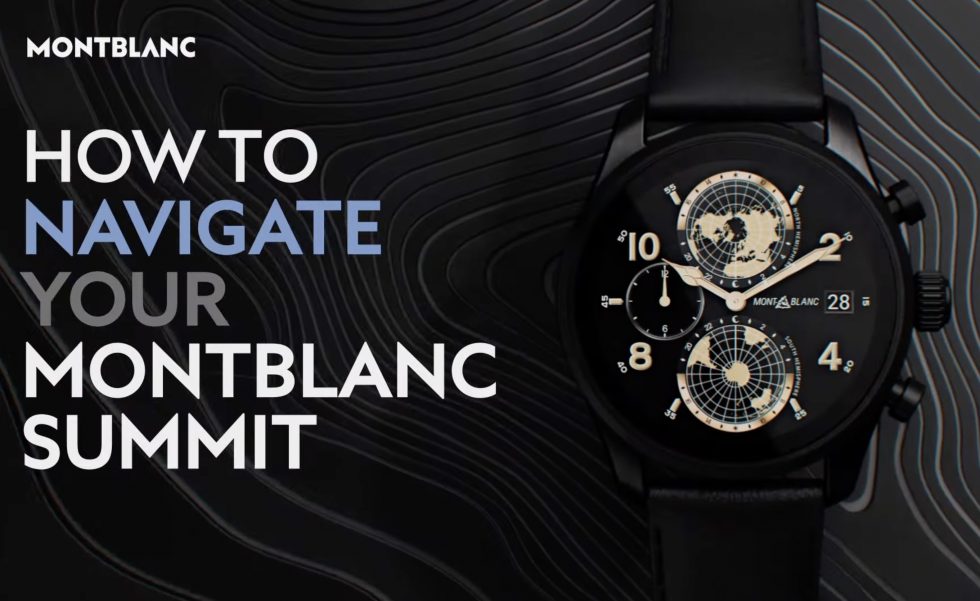 The Montblanc Summit 3 was announced a couple of weeks ago as the first Wear OS 3 watch not made by Samsung. The price of the watch puts it out of reach of most of us, but taking the watch for a spin is something I really, really want to do. Wear OS 3 is a massive update for Google’s wearable platform and we’ve been dying to see what it looks like and how it runs without Samsung’s One UI Watch on top.

Montblanc still hasn’t started selling its $1,290 Summit 3 yet, but the luxury goods maker did upload several tutorial videos for it to YouTube. The videos give us our first look at non-Samsung Wear OS 3 in any real detail.

The first video we looked at shows how you can navigate the Summit 3. It talks about opening the app drawer, recent apps, swiping left or right into Tiles, scrolling with the crown, getting back home from an app, etc. It’s all mostly basic stuff, but it appears to show a bit of customization from Montblanc in the OS.

We were always curious how Wear OS 3 might look on other watches. After all, Google allowed Samsung to slap One UI Watch all over it, thus opening up an opportunity for others to customize as well. Montblanc has done some of that in places like the settings panel, where we get a fresh set of icons and layout.

Montblanc is also going the route of Fossil (likely because they had no choice) in making a specialized companion app. Remember, the Wear OS app doesn’t work with Wear OS 3, so companies are having to make their own apps for setup and customization. The Montblanc Summit app will be used to setup the watch through Android’s FastPair.

The entire set of Summit 3 videos is worth a watch if you are interested in Wear OS 3. They cover customizing a watch face, setting up, update software and apps, and taking advantage of the fitness features on this particular watch. But again, even if this watch is priced at a level not in our ballpark, the videos show what we might get on the Fossil Gen 7 or the Pixel Watch.

The whole set can be viewed here.