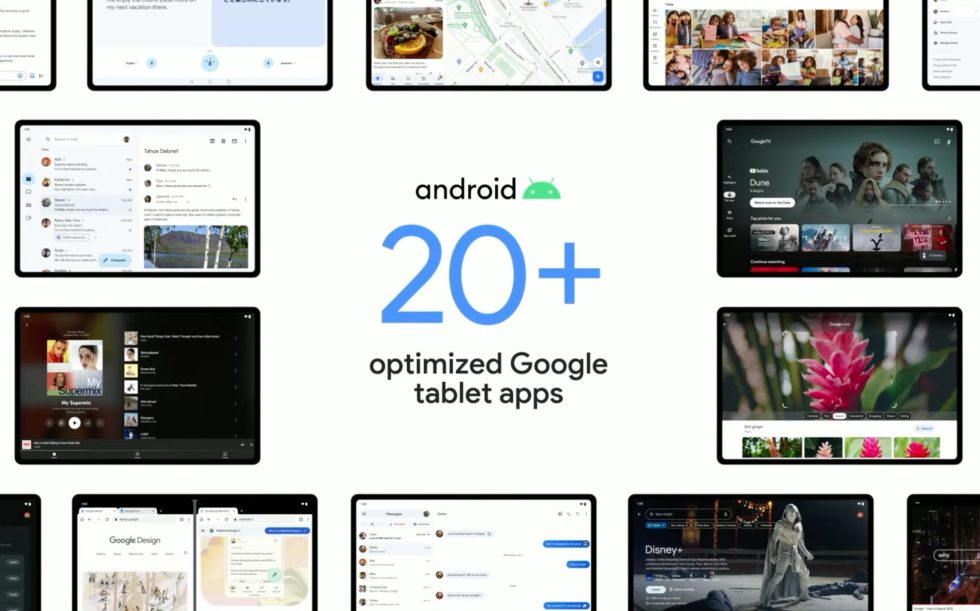 The tech world was quite surprised to see Google announce a new tablet yesterday after having seemingly given up on the space several years back. I guess you could argue that we should have seen this coming, though, since they have shown a new interest in bigger screens over the past year or so with releases like Android 12L and support for bigger screens in the foldable space. Either way, no one saw a Pixel Tablet coming, but we’re pretty excited.

To help get us ready for the launch (in 2023) of that Pixel Tablet and to improve experiences on currently-available tablets and foldables, Google made some big tablet app promises this week.

During the Google I/O keynote, Google said to expect them to update at least 20 of their own apps in the near future with proper tablet experiences. On top of that, they are also expecting a bunch of 3rd partner apps, like TikTok, Facebook, Zoom, and Canva to do the same.

They were brief in highlighting the apps they will update, but did provide several screenshots of some of the apps. In the first screenshot below, you can see how Google Duo, Google TV, Google One, Google Home, Google Maps, YouTube Music, Google Play, and Google Messages will look. From there, you’ll see highlights for apps like Maps, YouTube Music, Google Play, and Messages in their own slides, along with some of those third party apps. 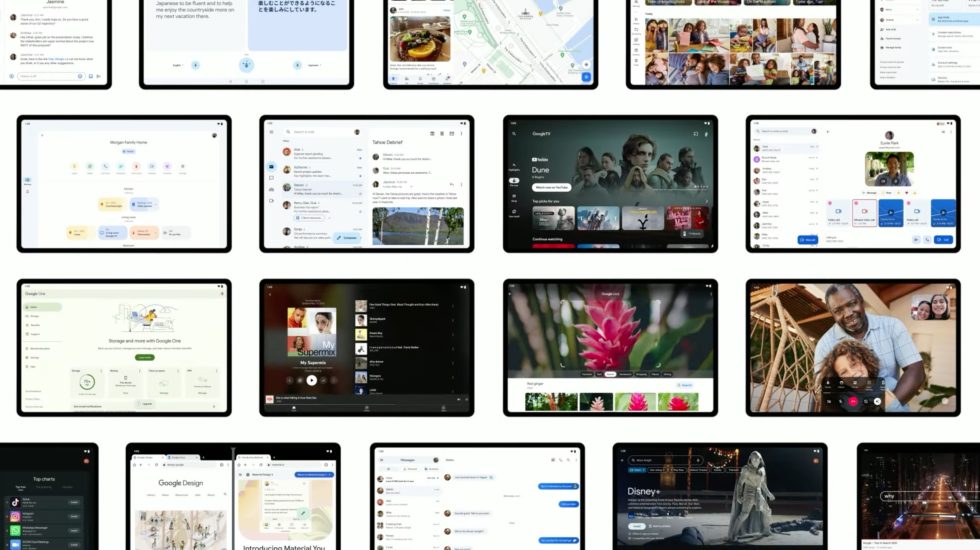 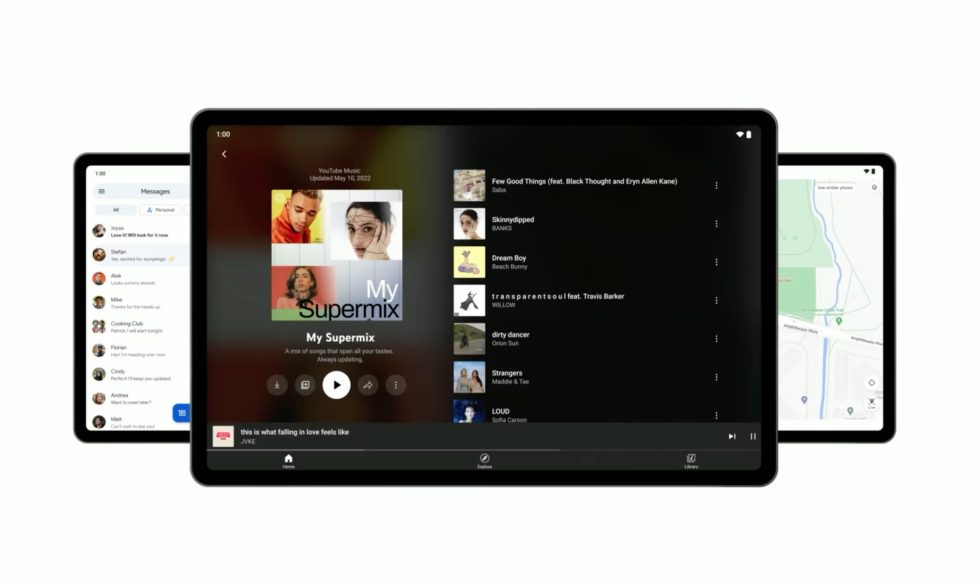 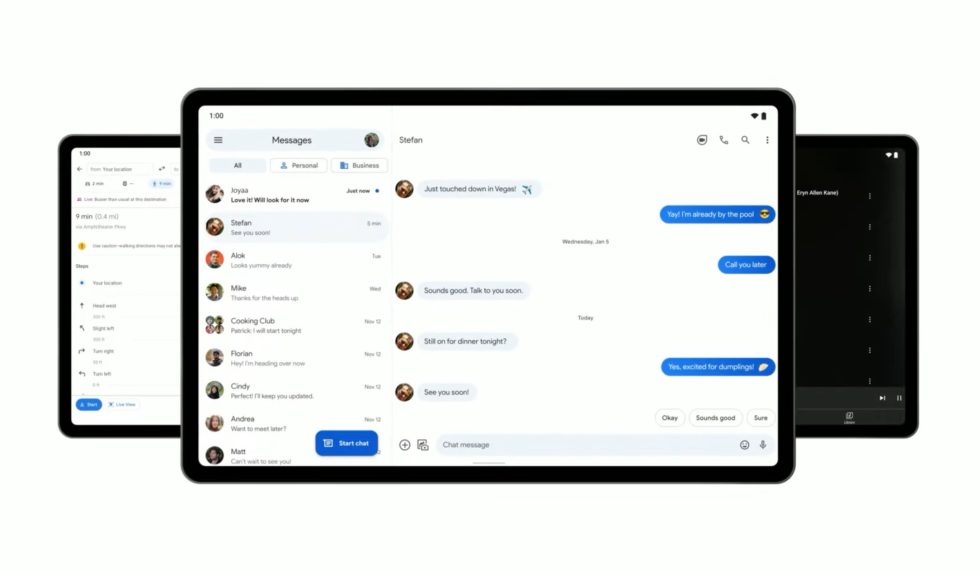 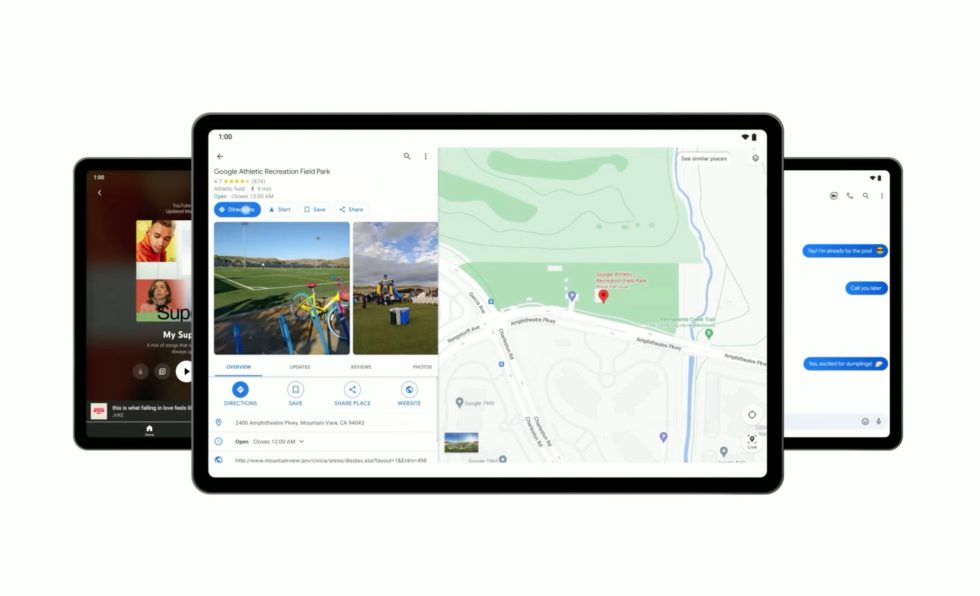 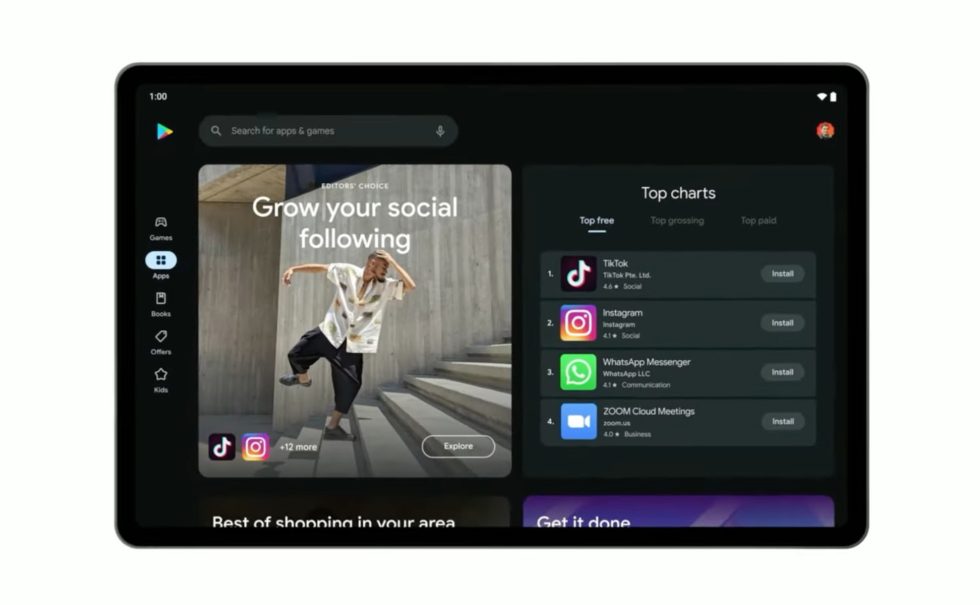 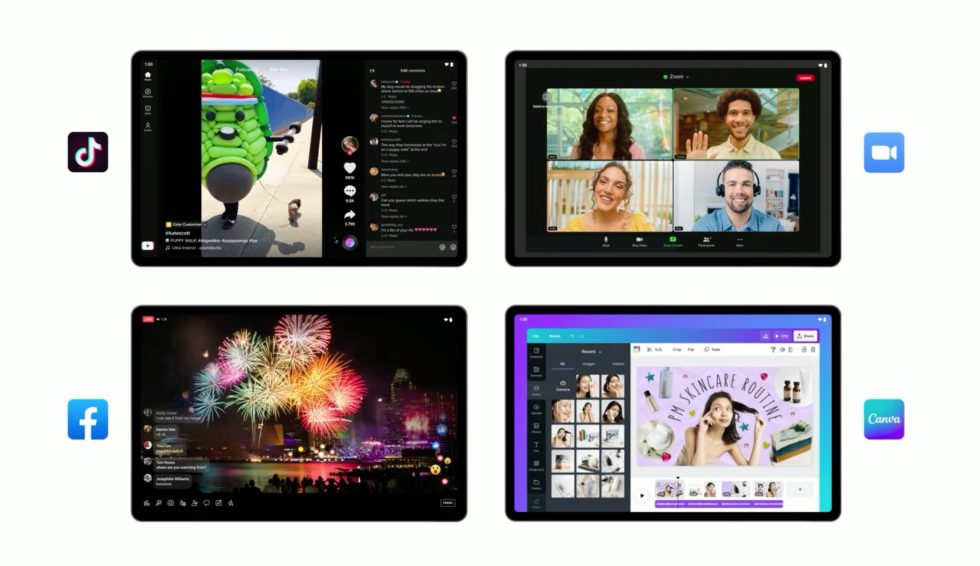 We don’t have specifics on when these new experiences will arrive, but they are in the works. For tablet owners, this is huge news. For those who have heard about the lack of quality tablet experiences on Android, well, this should give you a new reason to checkout the platform again.