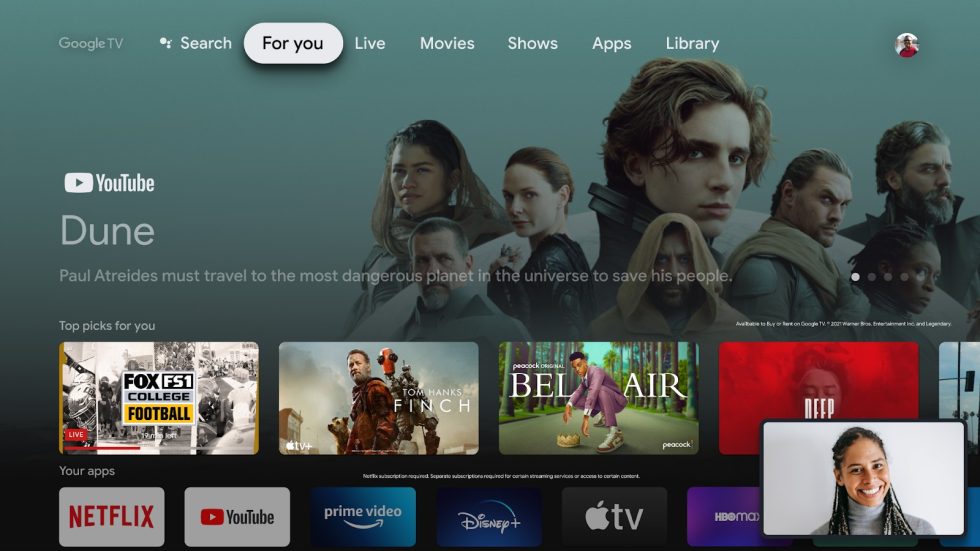 This week during Google I/O, Google detailed changes built into Android TV, available inside of the latest build designed for developers. That’s right, we’re talking about the Android 13 Beta 2, available now for ADT-3 owners and those who enjoy using emulators to test their apps.

As for what’s inside, Google highlights a few sweet changes in three key areas: Performance & quality, Accessibility, and Multitasking.

For multitasking, Google has built in an updated picture-in-picture API, previewed in the header image above. According to Google’s blog post, “TVs are now used for more than just watching media content. In fact, we often see users taking calls or monitoring cameras in a smart home. To help with multitasking, an updated picture in picture API will be supported in Android 13 with the APIs from core Android.”

In Accessibility, Google has added support for different keyboard layouts in the InputDevice API, while in Performance, the company has created new APIs to help developers better detect a user’s settings and give them the best experience for their device. For example, AudioManager allows a dev’s app to anticipate audio routes and precisely understand which playback mode is available. That could be helpful.

Developers who are reading this, have at it!

Get Android 13 Beta 2 for Android TV