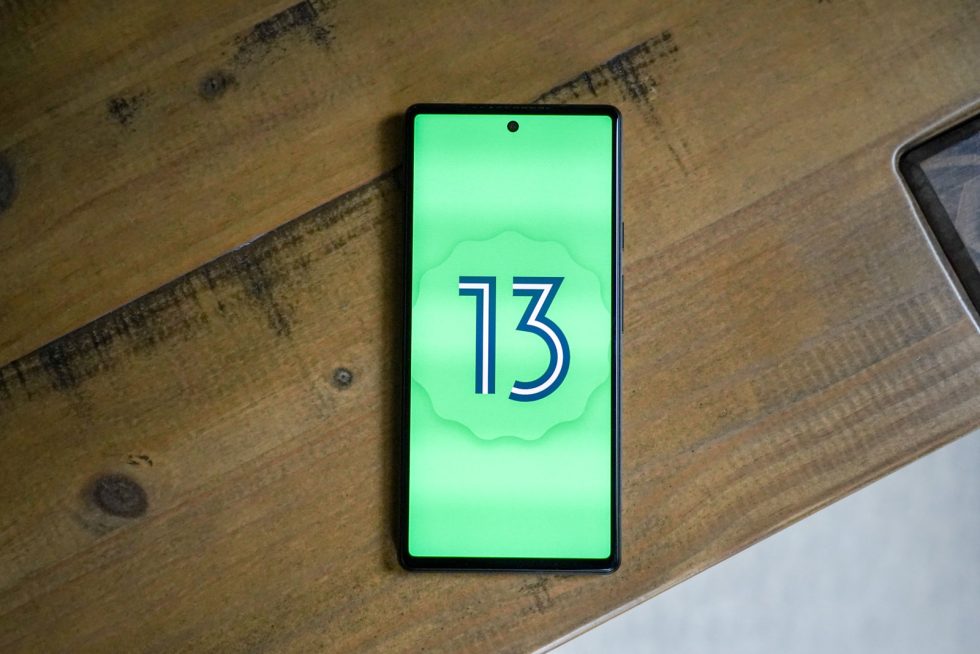 Before we get to the list, you can find all of the build details on Android 13 DP2 at this post, along with instructions on how to get into it. 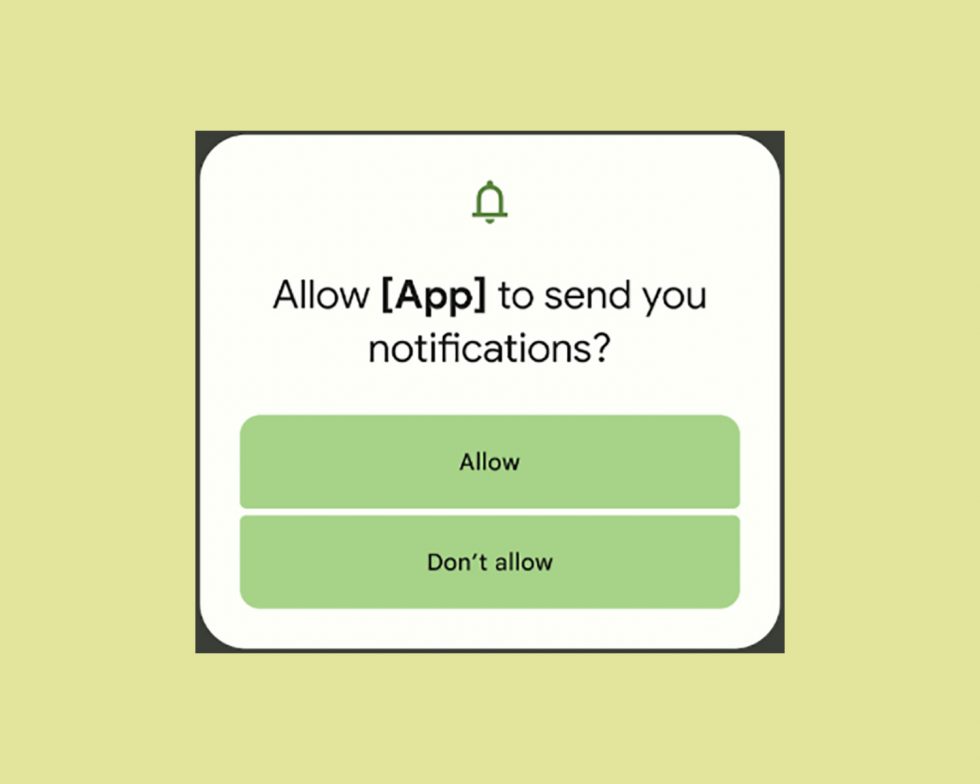 What does this mean? When you install an app and open it, you’ll be asked (see above) to give notification permission to an app. If you “don’t allow,” then you shouldn’t see notifications from it. This is a big win for the user, who often installs something and then gets unwanted notifications that are often ads.

UPDATE: Here’s how the notification permission pop-up looks when an older app has to request again. 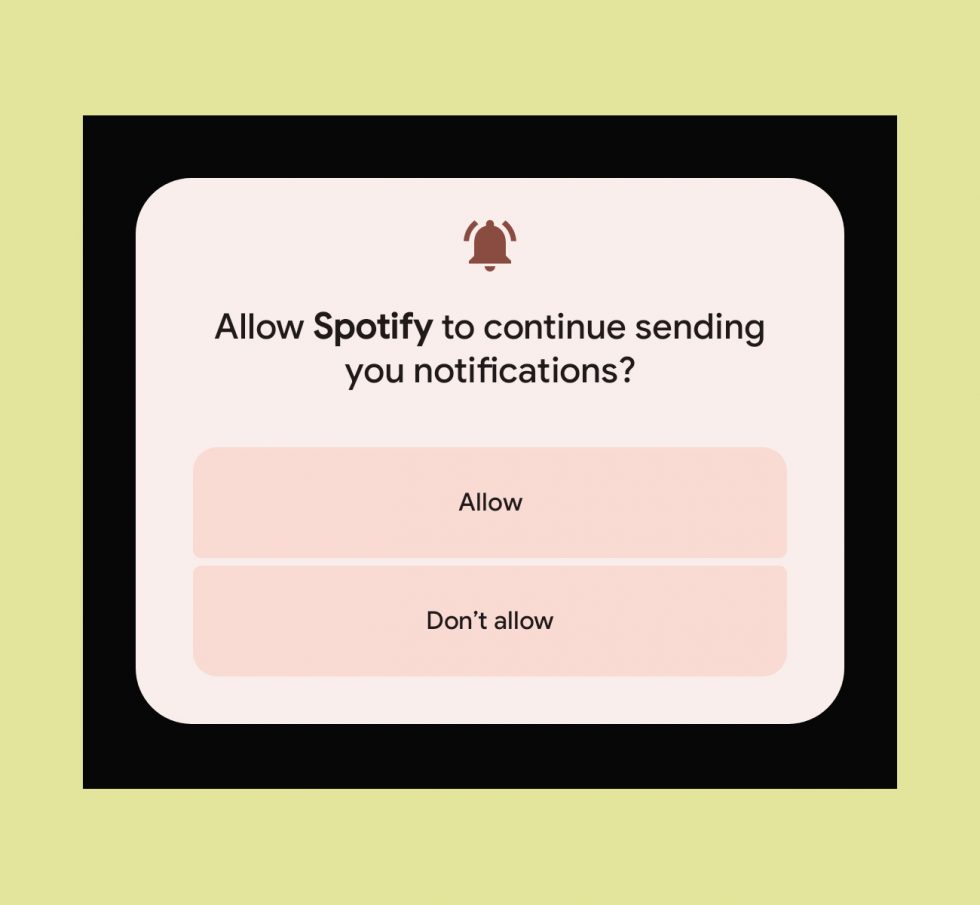 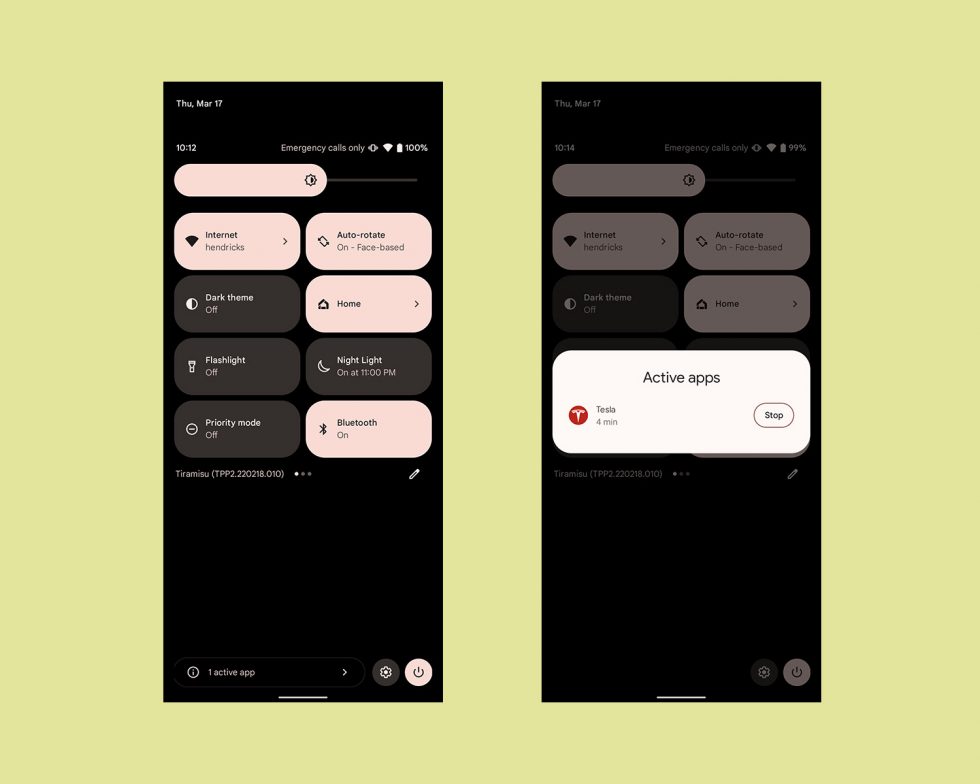 In this new DP2 build, the quick settings menu has changed a touch to now bring the power menu and settings buttons to the bottom right corner, but there’s also a new item showing up there that shows the active apps that are running on your device.

On my Pixel 6, it shows I have 1 active app running, which reveals itself to be the Tesla app when I tap on it. I tried to get other apps to show there by opening them, but that must just be showing apps running that are actively running in the background. Either way, if an app shows up there, you can choose to “stop” it from doing so. Kinda neat.

If you look at the screenshots in the active apps section above, you’ll see some Quick Settings changes. As I just mentioned, the power menu and settings buttons have moved to the bottom right corner (maybe easier to reach?), but we also have an icon change for the Home shortcut, plus the auto-rotate now describes the current setup. For example, I have it set to auto-rotate based on face orientation, and it says that there.

Do Not Disturb renamed to “Priority Mode” 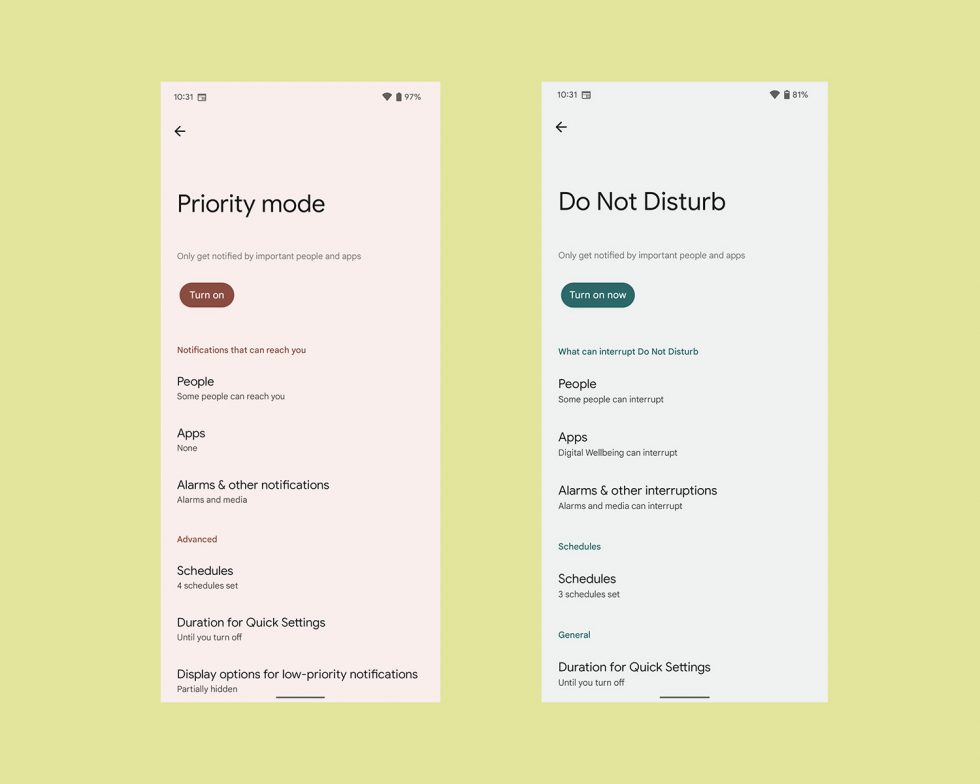 Leave it to Google to rename a feature that is called the same on every other device in the industry. It appears, at least for now, DND is now called “Priority Mode.” The settings appear to be the same, but some wording has changed here and there.

Display and font size controls together 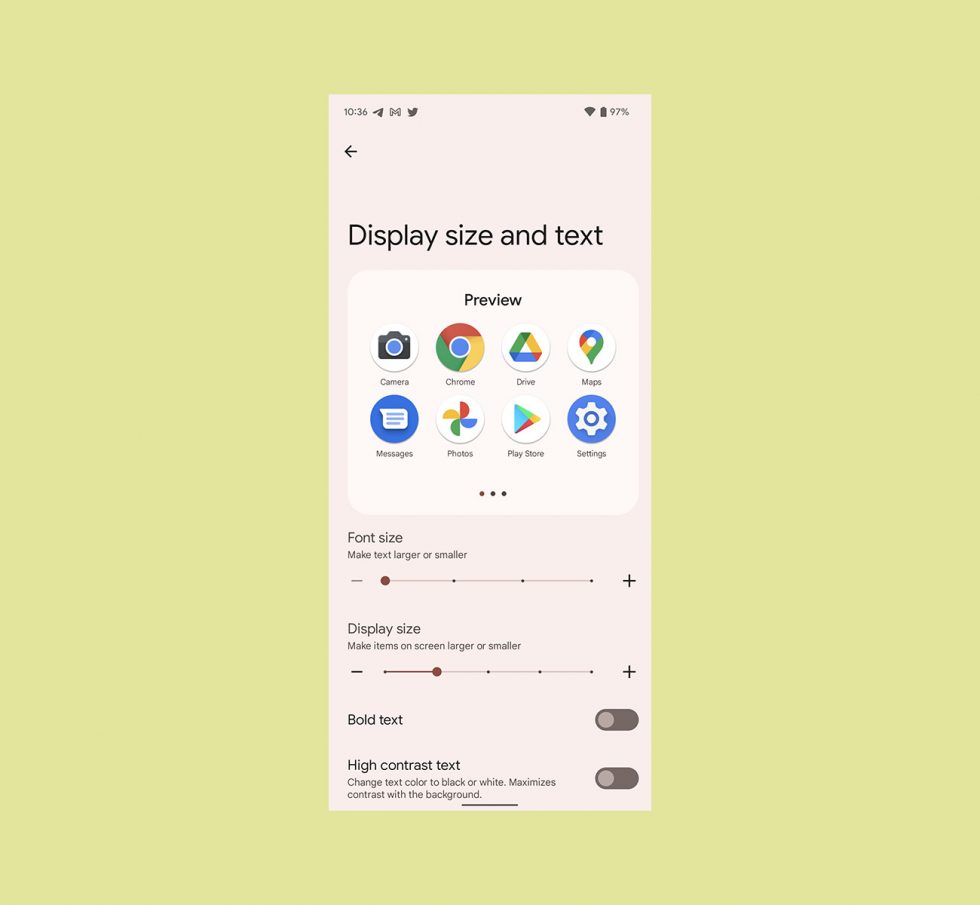 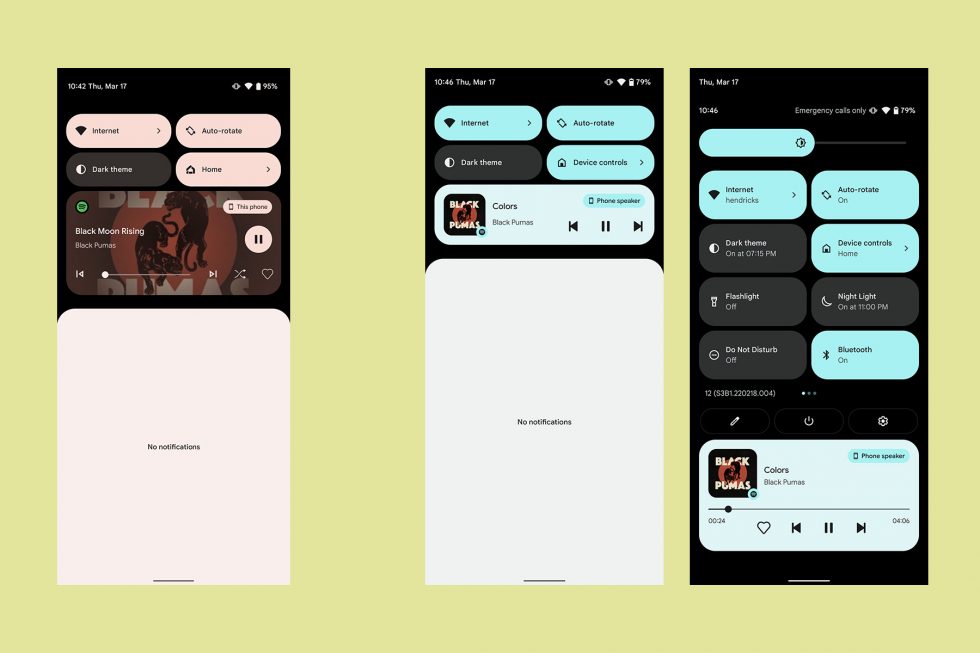 The media player in Quick Settings is getting a new look with album art in the background. Unfortunately, it now only comes in one size, which is quite big. The Android 12 media player had both big and small layouts depending on the expansion of the notification area.

A new Quick Settings tile called “QR code” is here and it lets you quickly fire up a built-in QR code scanner. Ahhh, the revival of the QR code sure has been interesting. Either way, Android 13 is making them easier to deal with. 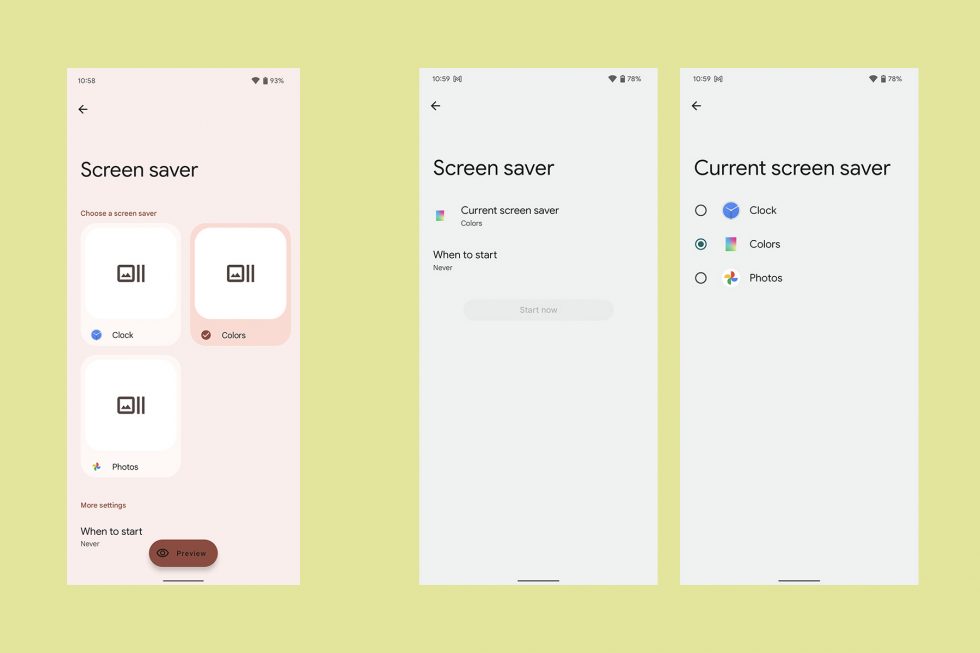 I’ve never used the screen saver function on an Android phone, but Google appears to be working on some big improvements here. The whole area has been re-done and could mean more features in the future.

Some other new stuff:

In case you missed it, be sure to check out our post on what was new in Android 13 DP1.

We’ll be updating this post as we find more and get Android 13 DP2 on a device.