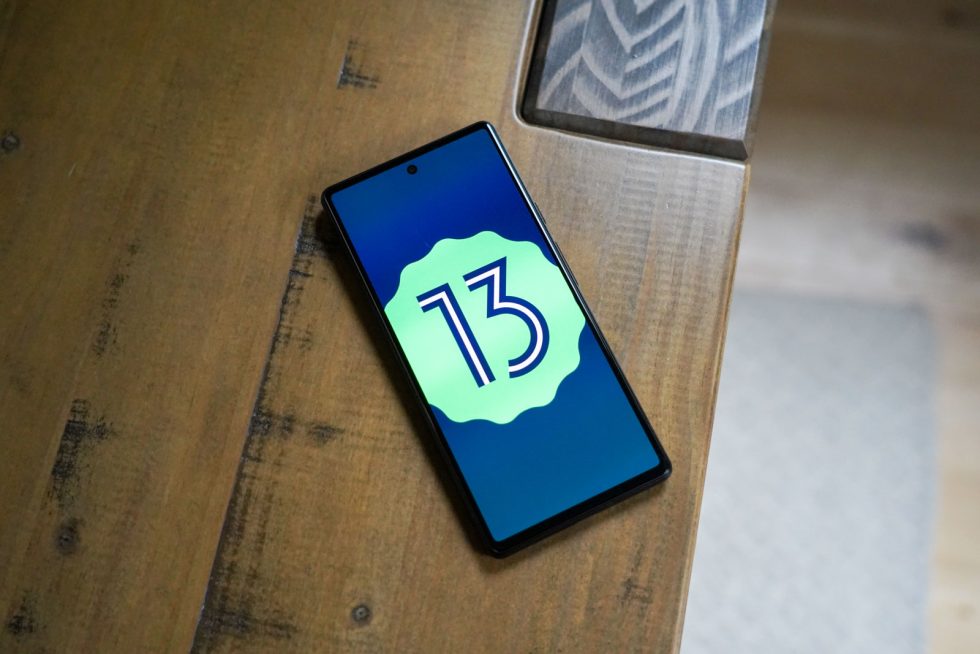 Many of you will have the itch to flash Android 13 Developer Preview 1 and play with all that’s new. That’s just who we are around here. We like to tinker with new stuff, especially when it comes to new versions of Android. However, stay calm, try to hold off from doing so, as this version is very much “for developers only.” We are about to dive in now and will update this post to let you know all that is new. And hopefully once we’ve done that, you can decide whether or not this first preview is right.

Ready? Here’s all that is new in Android 13 Developer Preview 1. 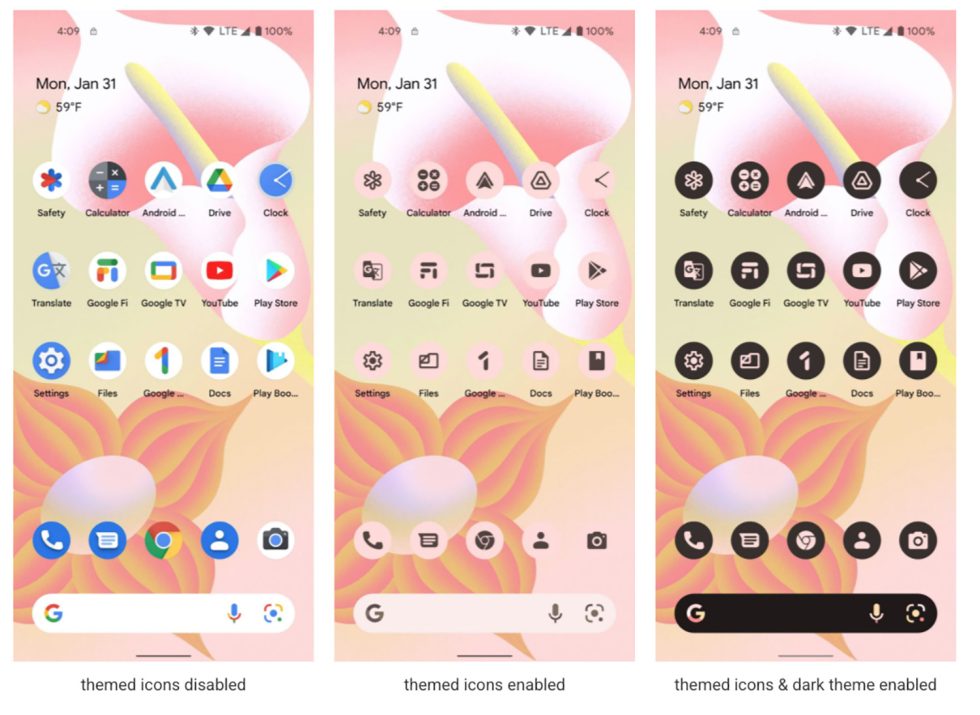 After first introducing a system-level icon theming feature in Android 12 that only covered Google’s own apps, we are getting support for non-Google apps in Android 13. Google is asking developers to make a couple of tweaks to their icons to allow for Material You theming to take place, plus they are working with device makers to add icon themes as well. For now, this is a Pixel-only feature.

Google is adding support through a new API to allow apps to get or set a user’s preferred language. The use case here is for multilingual users who may use a different language depending on the app. This feature was previously rumored back in December and is indeed official now. 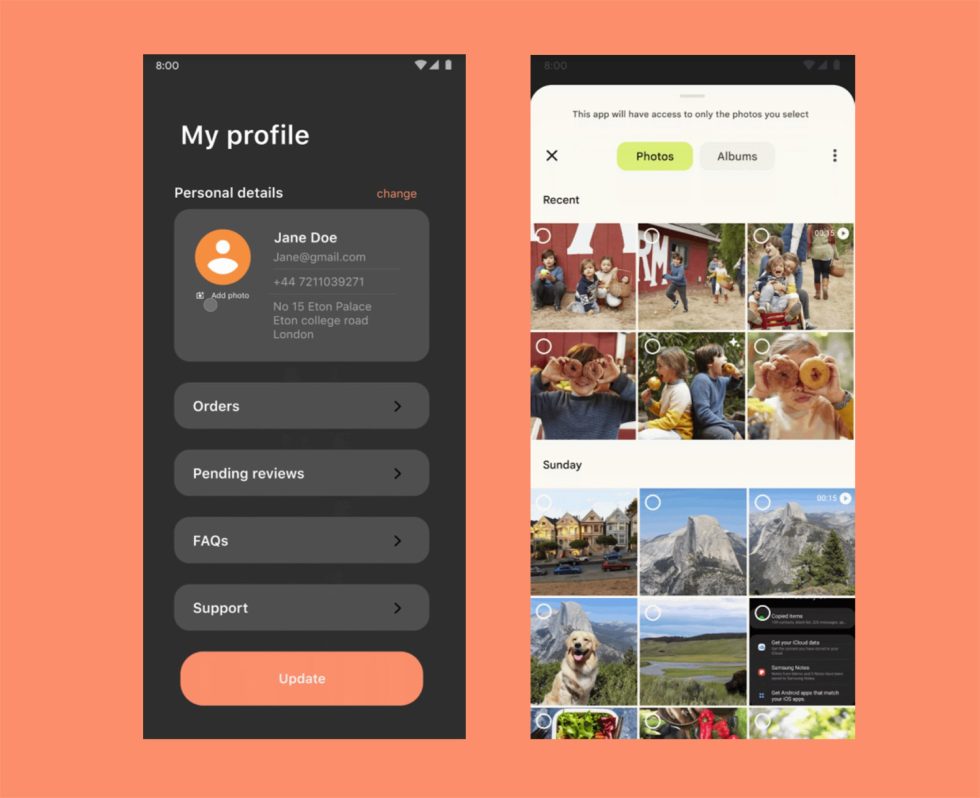 As a way to “help protect photo and video privacy of users,” Google is adding a new system photo and video picker that should securely allow users to share items. The idea here is that the new picker will let you share stuff without an app needing permission to view all of your media.

What’s really cool is that Google says it can push this new photo picker through a Google Play system update for devices running Android 11 or higher. So while this has been announced for Android 13, a whole bunch of people not with Android 13 will get it and be able to more securely share media.

Nearby device permission for WiFi

Google is adding a new (and soon-to-be-required) WiFi-related permission that allows devices to discover and connect to nearby devices over WiFi without needing location permission. The problem this solves was one where an app wanted to connect to nearby WiFi, but didn’t actually need device location – this should fix that.

Those are the big, official changes. Stay tuned as we update this post with the stuff we’re finding in Android 13 on a device. 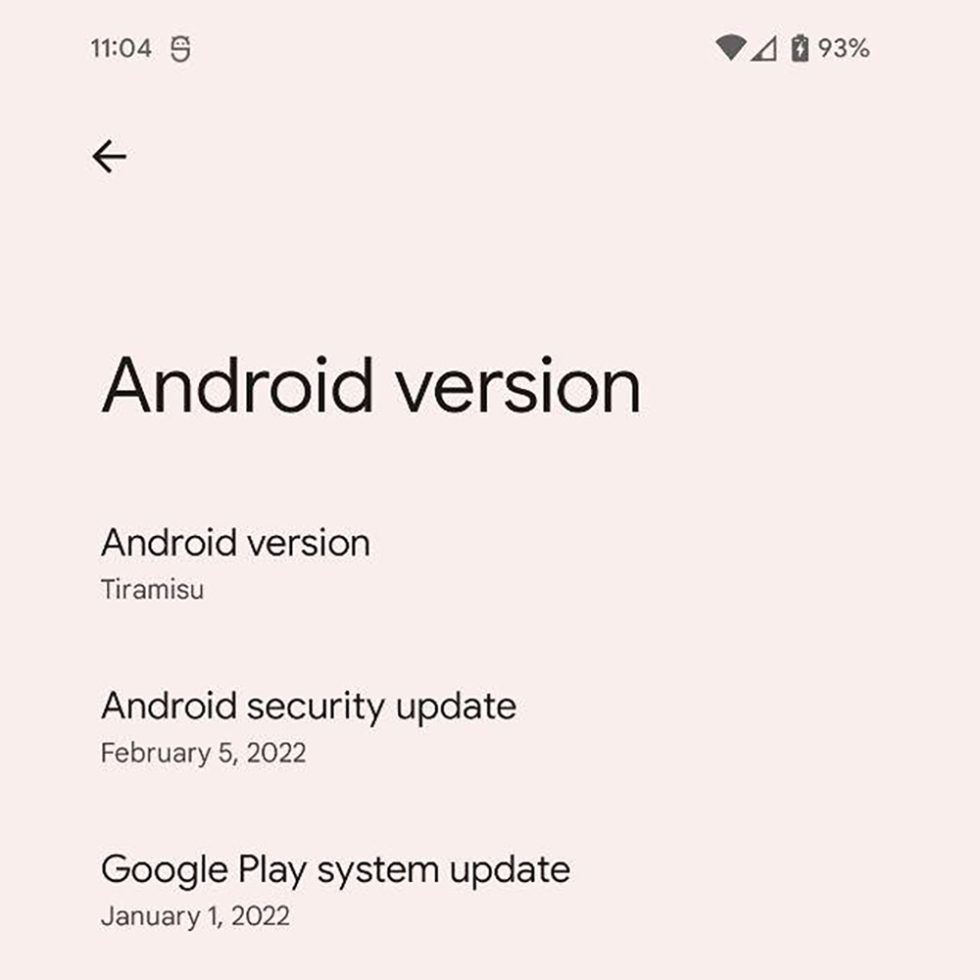 In case you were wondering the internal dessert name: Android 13 is indeed “Tiramisu.” 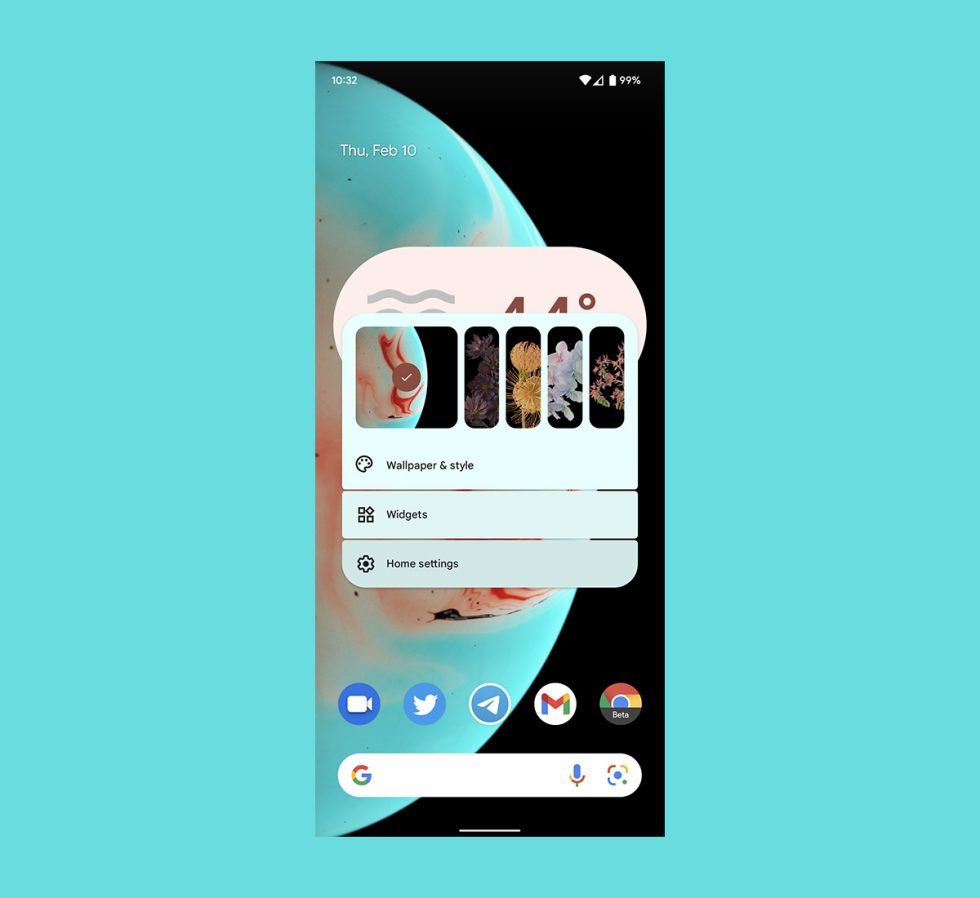 This shouldn’t come as a surprise, but so far, most of the UI element changes we are seeing in Android 13 DP1 are all from Android 12L. And that makes sense, since 12L is a step up from 12, Google wouldn’t backtrack on these changes.

So we’re seeing things like the new wallpaper shortcut switcher  (above)from the home screen, the new multi-window UI teaks (below), and that weirdly centered text in the notification shade when it’s empty (below). 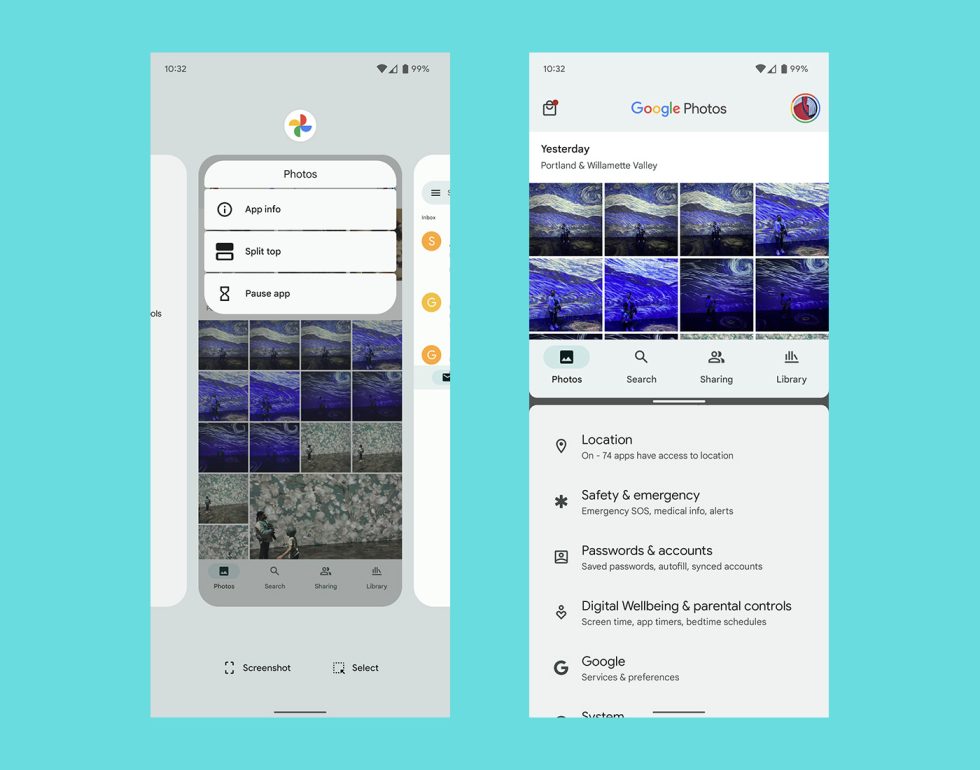 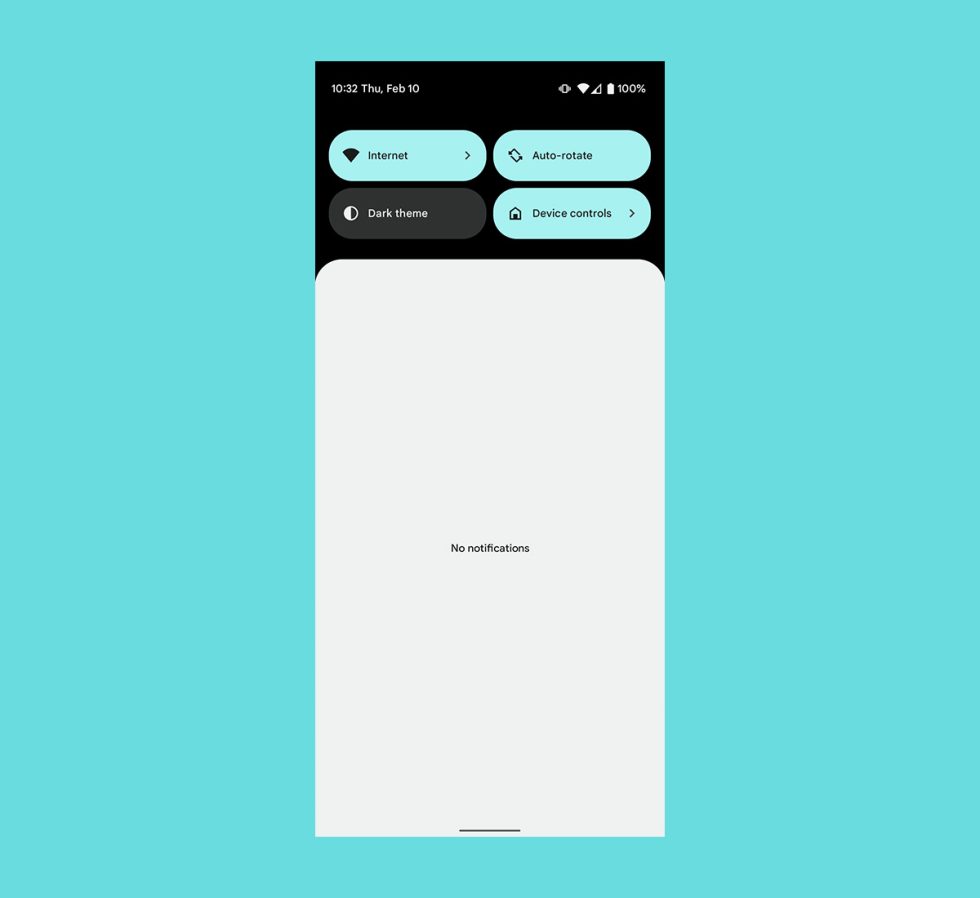 3-button navigation gets an Assistant option 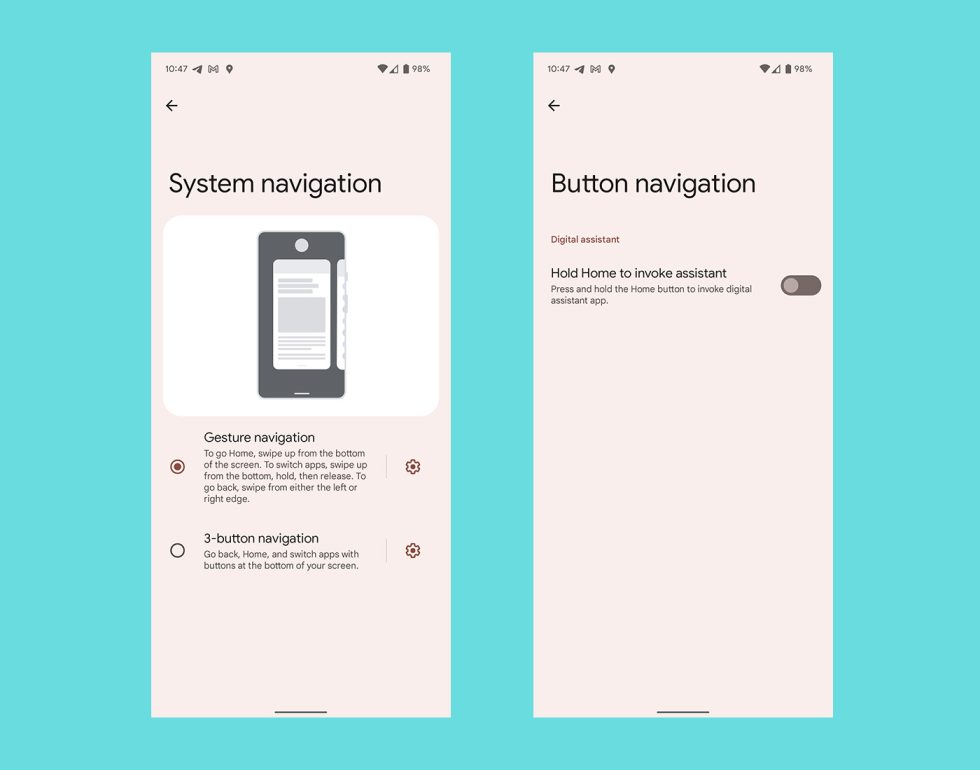 Because Google really wants you to use the power button to fire up Google Assistant, they are giving 3-button navigation users an option to turn on or off Assistant with a long press on home. This wasn’t previously an option until Android 13 DP1. 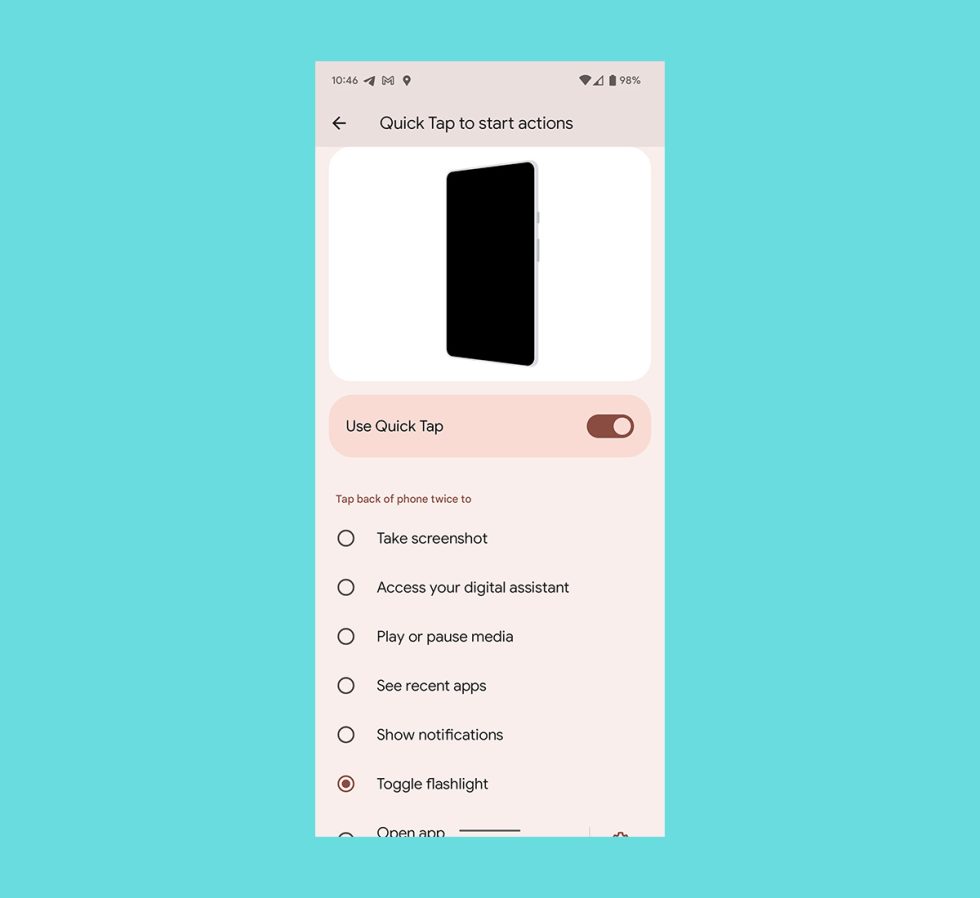 Quick Tap or “Quick tap to start actions” added a toggle flashlight option in this first Android 13 DP1 build. This does as you probably guessed – lets you double tap your phone to turn on the flashlight. I might actually use quick tap now.

We are updating this.