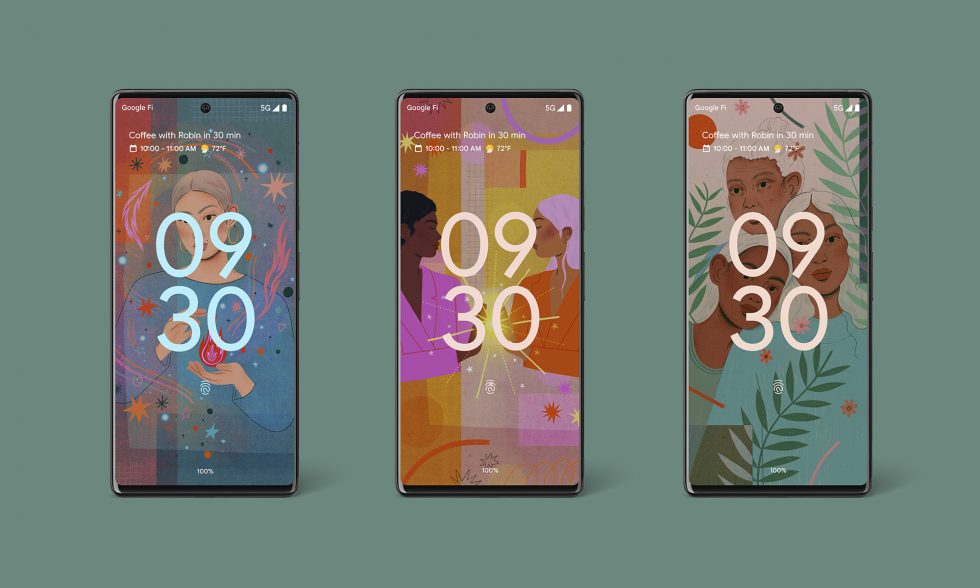 It’s Pixel Feature Drop month! If you own a still-supported Google Pixel phone, this month’s Android patch is a special update that not only brings you up-to-date on security and bug fixes, you get new features to play with too. Those new features include new widgets, live caption in new places, Night Sight in Snapchat, and more.

The current list of Pixel phones getting this month’s update should include the Pixel 3a, Pixel 4, Pixel 4a, Pixel 5, Pixel 5a, and Pixel 6. Of course, you already know that the Pixel 6 update is delayed until “later this month,” so for now, enjoy, pre-Pixel 6 owners! 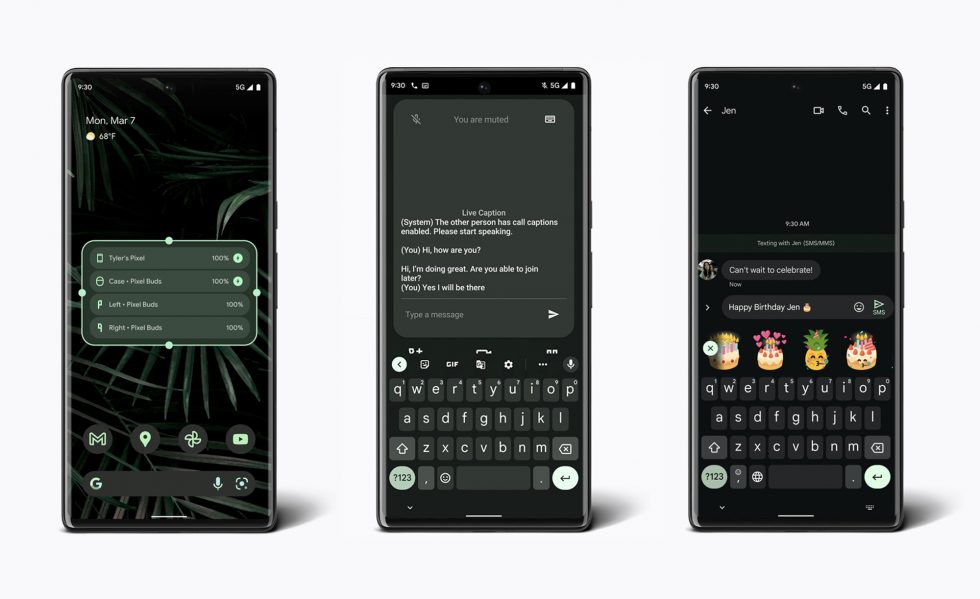 Here’s the simple bulleted list of everything new in the March Pixel Feature Drop:

For this month’s Feature Drop, Google is also expanding previously released features to other devices and languages:

Finally, here is the chart of all the new features and which phones will get them: 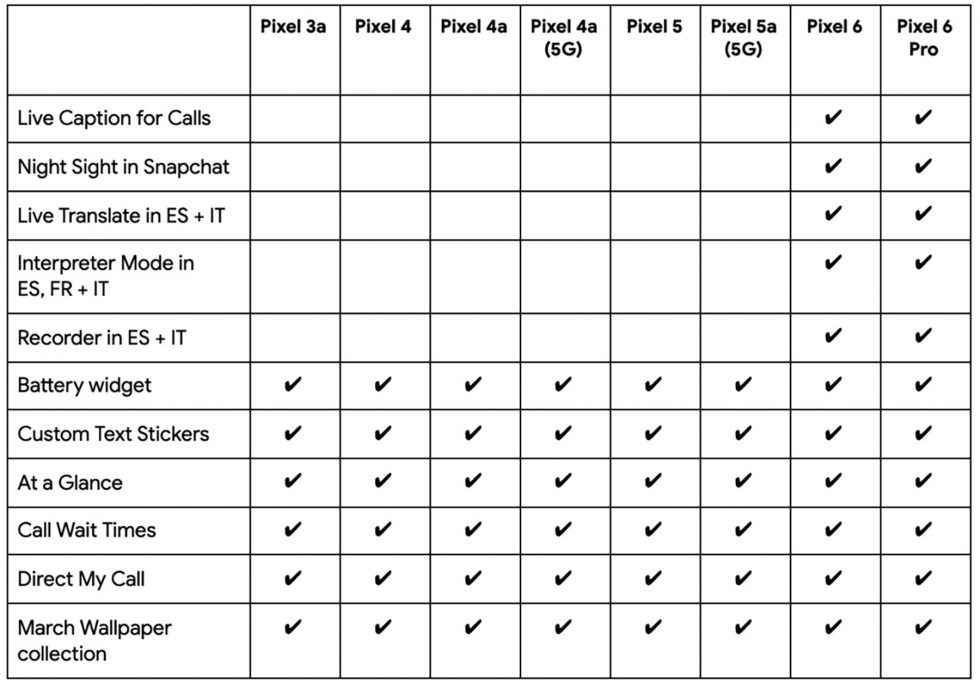 Again, this big update is hitting the Pixel 3a up through the Pixel 5a today, with Pixel 6 devices getting in later this month.