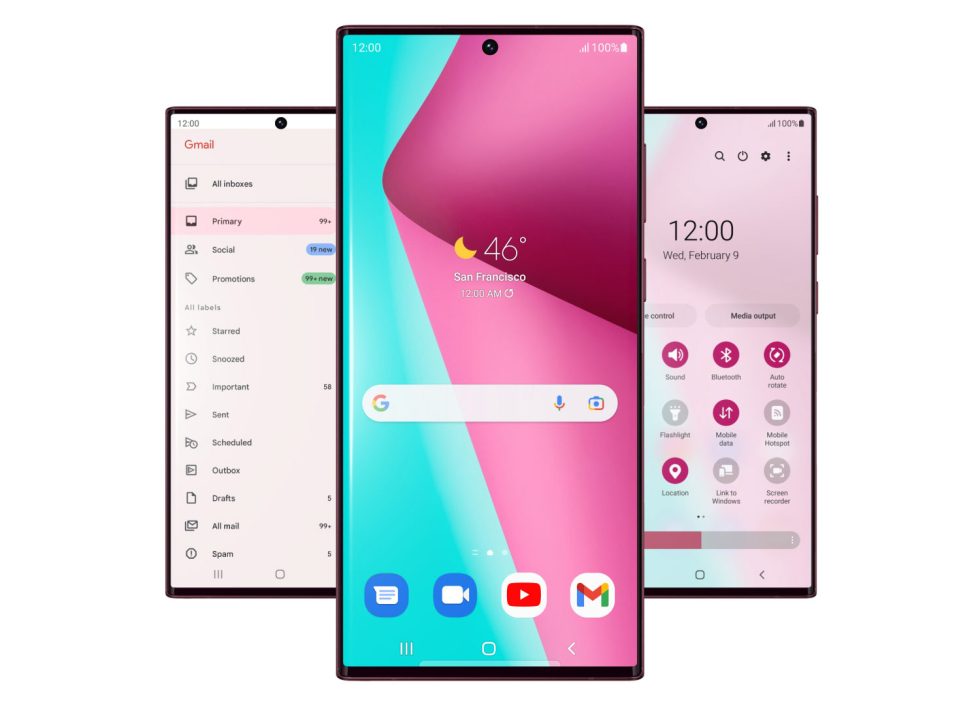 Apart from the big Wear OS 3 news that Google and Samsung announced a couple of days ago, the two have teamed up to announce new Android features that will launch first with the new Galaxy S22 and Galaxy Tab S8 devices. From Duo to Messages, Samsung’s new high-end devices are getting some cool new tricks that we hope don’t stay exclusive for long.

The first feature to play with once you get a Galaxy S22 will be previews of YouTube videos that you send through Google Messages. When you or someone else sends a YouTube link within a Messages conversation, you’ll get a preview of the video and can even tap to play it without leaving Messages. Love that.

Speaking of YouTube, Google Duo is getting new sharing powers that allow you to watch videos together, share ideas and images through Samsung Notes and Gallery, and search Google Maps at the same time as other participants. Again, love that.

Google is also adding powerful Voice Access controls, for those with disabilities who need to control their phones by voice. By saying “Hey Google, Voice Access,” a user will then be able to tap, scroll, and browse a device with voice commands. You can see this in action below in Google Maps.

And finally, Google is excited to see Samsung launch Material You styling with Android 12 on the Galaxy S22, so you get the custom color experience from a wallpaper, just like you would on a Pixel phone. Of course, this isn’t new to Samsung phones, but it’ll be a front-and-center selling point for the new S22. 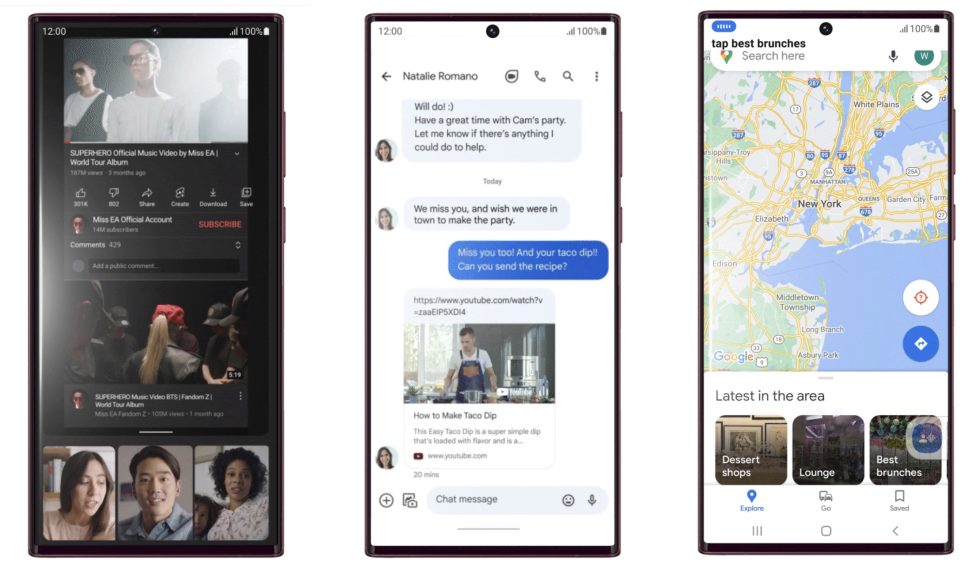 Look for these new features on the Galaxy S22 and Galaxy Tab S8, and hopefully, we seem them on others before long.