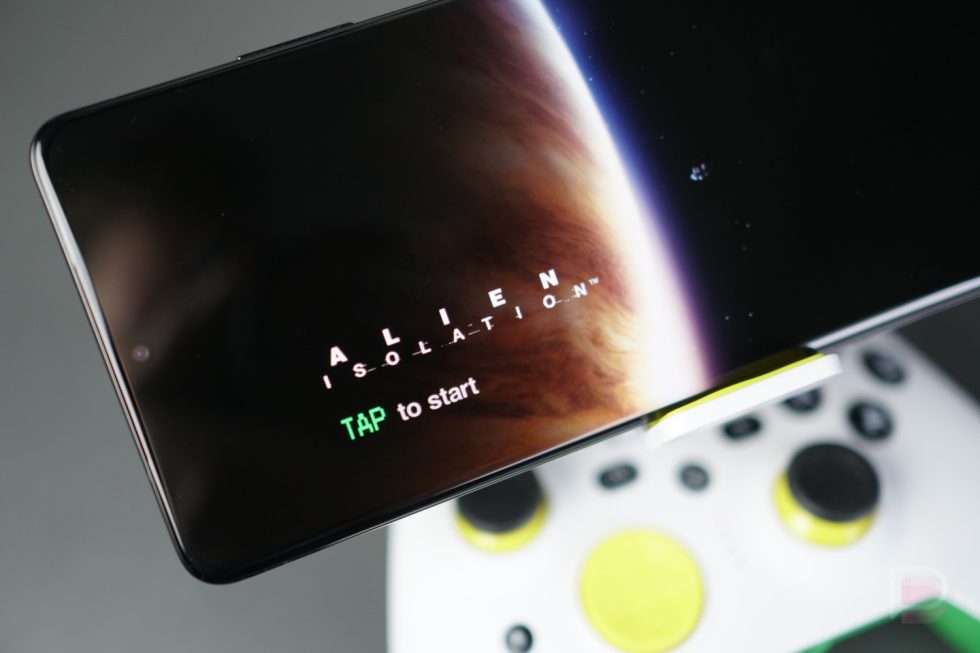 I recall lining up at GameStop years ago for the release of Alien: Isolation. I didn’t yet know it, but I was in for one helluva ride, as the game is easily one of the better horror games to ever exist, at least in the mind of this Xeno-centric, Alien franchise loving fanboy. When I learned the game had been ported to Android, I was a bit unsure if I wanted to give it a try, as the last time I beat the game I told myself I wouldn’t put myself through something that stressful again. My weak ticker can only take so much running, sneaking around, and constant dying to the Xenomorph. And more honestly, would the game be as fun on my smartphone as it was on my big screen TV all those years ago? How could those same feelings of fear and panic be captured?

The developers behind the port, Feral Interactive, provided me with a download code for the game and I recently set off on my adventure through Sevastopol Station. If you haven’t played this game before, I won’t include any story spoilers, but I do insist you go try the game out yourself, whether that be on mobile or not. And get yourself a gamepad like this one. It’ll make your life much easier.

Once the game files have all been downloaded and installed, which will take a bit of patience as the download is quite a few GBs and the download from Feral’s servers is really slow, I found the gameplay quite remarkable. You can tell a lot of energy was spent on ensuring the touchscreen controls wouldn’t hinder the gameplay, as rummaging through your inventory and crafting items in a timely fashion is imperative to the flow of the game.

For me, I used a gamepad about 95% of the time, which allowed me a bit more freedom to forget that I was playing on a mobile phone. While getting chased by the Alien isn’t as scary on my phone as it was all those years ago on my TV in the dark with surround sound speakers, it’s pretty darn good here. I specifically remember a few bugs from the initial launch and I didn’t run into a single issue with this port, which is a relief when you consider things can go awry when you begin to introduce 3rd-party hardware like a gamepad.

A great touch by the developers is the integration of Google Drive, allowing players to have a save file for the title backed up for them on the cloud. This should allow players to switch between devices for playing, so long as they can access that cloud save. I didn’t test this function, though, so don’t quote me.

If you have ever played this game before, but not yet on mobile, I think you’ll be pleasantly surprised at the polished feel this ported title has.

Like any good game, mobile or not, there are various graphical settings to choose from, allowing the player to choose which experience is best for them. In the settings menu, you’ll find options for Performance (offering the best frame rate), Graphics (offering the best visuals), and Battery Saver (lowers battery power consumption). I toggled between Performance and Graphics, but didn’t notice a huge difference except for when movement is high in the game. I stuck with Performance through the majority of my gameplay, as I value a higher FPS over a ton of textures that can’t even be appreciated on my smaller screen. I doubt many will notice a huge difference.

At a price of $14.99, which includes all seven of the game’s DLCs, I honestly don’t know if there’s a better game port on Android. Feral knocked this one out of the park.

If you’re interested in playing, make sure to check if your specific device is supported. Due the game’s graphical demands, Feral is rather strict on which devices can download and play. So long as you have a newer Galaxy, OnePlus, or select Pixel device, you should be good to go, though.

Have fun and stay safe out there aboard Sevastopol!