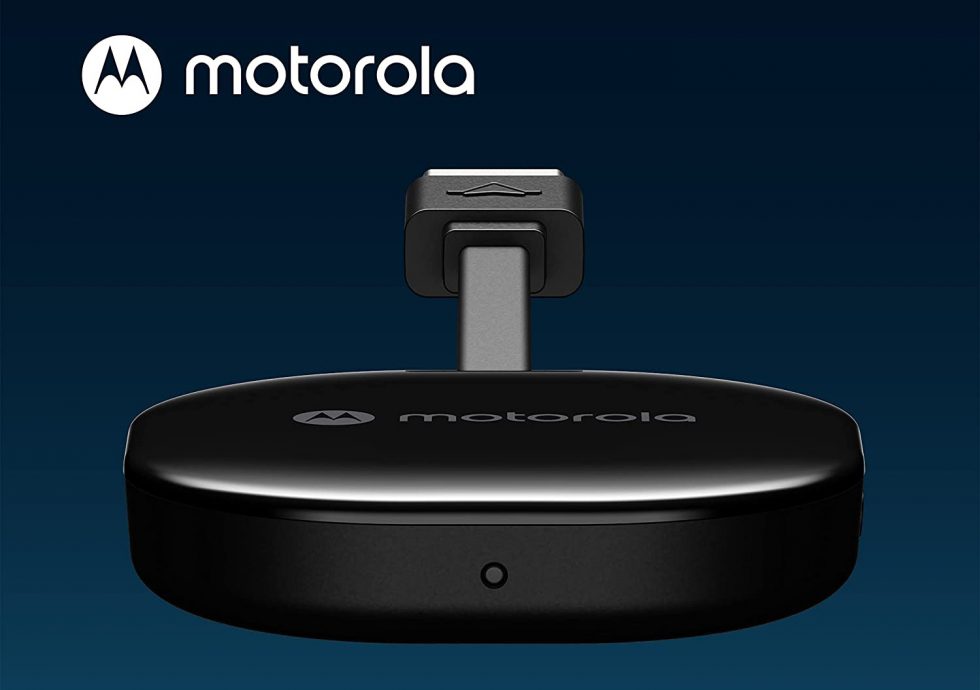 The Motorola MA1 is the official name, by the way, and no, Motorola did not actually make this. This is one of those situations where a random electronics maker is licensing the brand name because people know the name Motorola. They have no idea who Meizhou Guo Wei Electronics Co. is. The same thing happened a couple of years back with the re-launched Moto 360 line.

Anyways, the MA1 is a USB adapter that plugs into your car’s Android Auto port to then give your car wireless Android Auto. So your car will already need Android Auto, if that wasn’t clear, as this takes the current wired experience and makes it wireless. If your car doesn’t already have Android Auto, please do not buy this.

Once plugged in, you initially pair your device to the MA1 with Bluetooth. It then also uses a 5GHz WiFi connection to transmit media and such. It actually sounds like a neat little product.