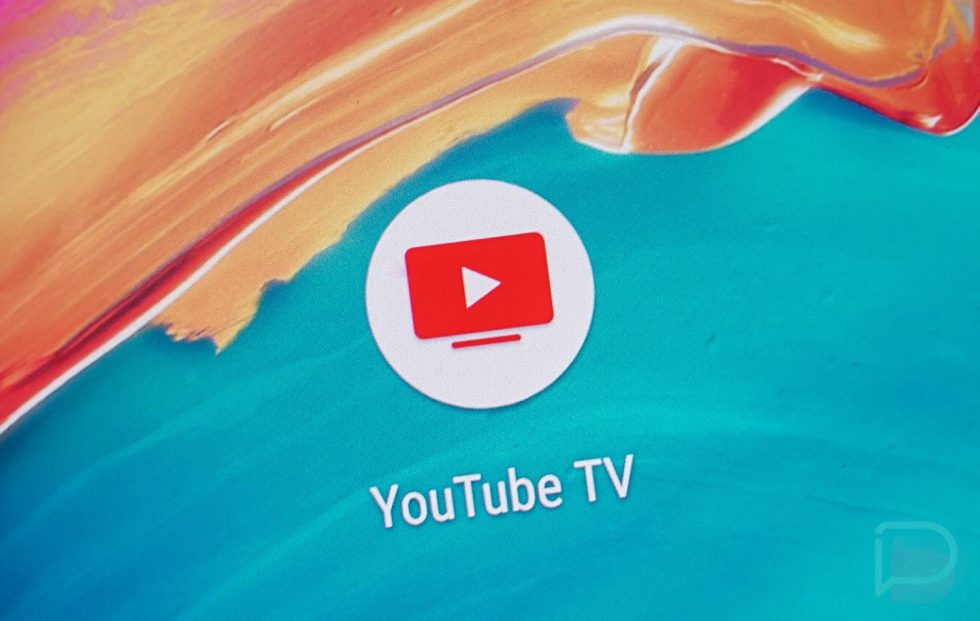 YouTube TV hasn’t confirmed this with a public statement yet, but if you login to your account, you’ll likely notice that all of the Disney family of channels are now gone. It actually happened, folks. YouTube TV and Google said that the service may lose Disney, ESPN, ABC, and other affiliated networks if a deal wasn’t reached today, December 17, and they appear to have not reached one.

This is a bit of a shocker, as Google just went through this process with NBC a couple of months ago, only to reach a deal at the last minute. There is always a chance that Disney and Google come to a deal here shortly and restore the channels that just disappeared, but there’s also a chance that that doesn’t happen and this is life with YouTube TV going forward.

Of course, if all of the Disney networks are gone, Google said they would lower the price of YouTube TV by $15, dropping it back from $65/mo to $50/mo. As of now, that should happen unless something changes here before your next bill.

The full list of channels you had up until a few minutes ago is as follows:

We’ll keep an eye out for an official statement from anyone involved. 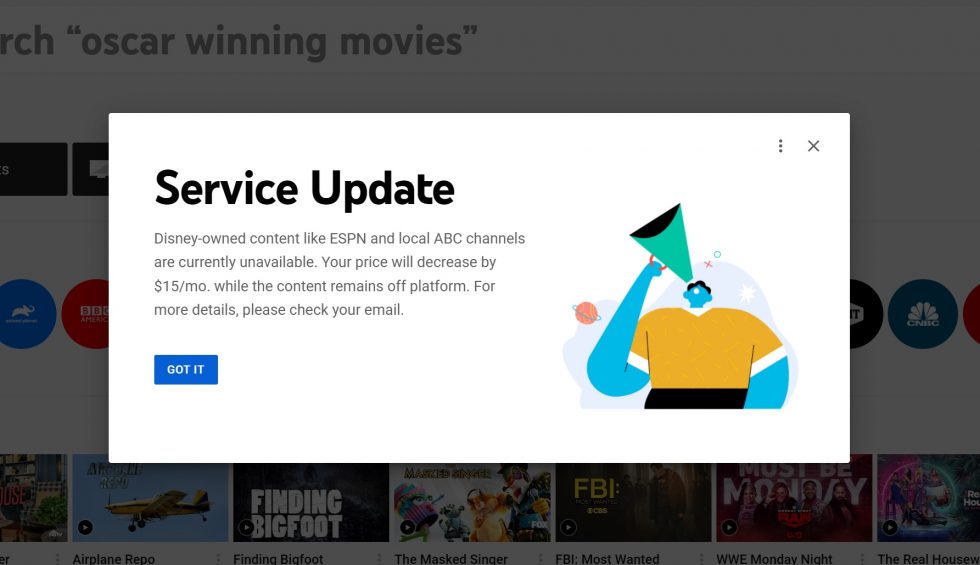 We’ve held good faith negotiations with Disney for several months. Unfortunately, despite our best efforts, we’ve been unable to reach an equitable agreement before our existing one expired, and their channels are no longer available on YouTube TV. We will be decreasing our monthly price by $15, from $64.99 to $49.99 while this content remains off of our platform.

We know this is frustrating news for our customers, and not what we wanted. We will continue conversations with Disney to advocate on your behalf in hopes of restoring their content on YouTube TV. In the meantime, we’ll update this website soon with the latest updates, including channels impacted, alternative ways to continue enjoying some of Disney’s content on The Disney Bundle, information about our price decrease, plus any other questions you may have about this situation.