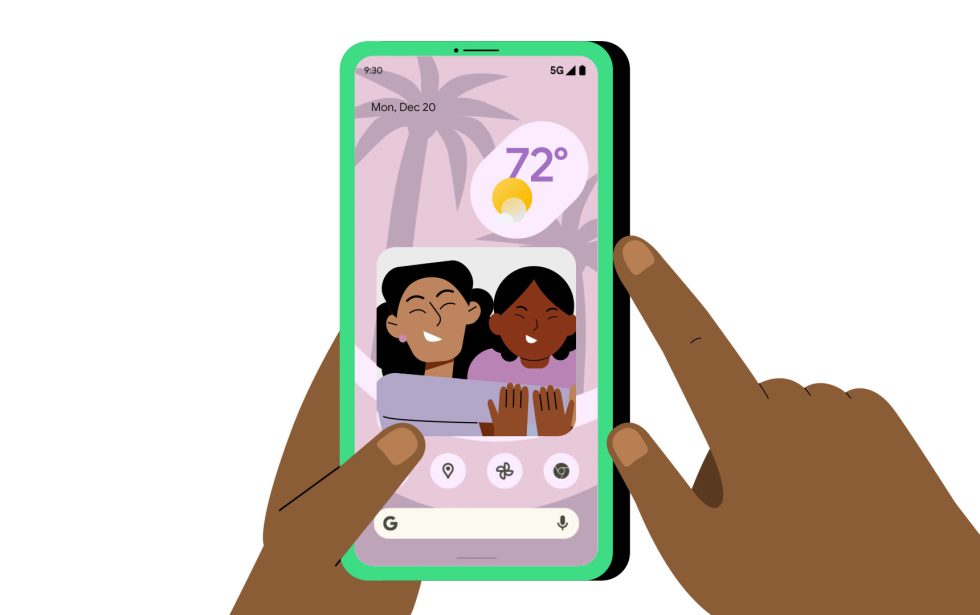 To cap 2021, Google has announced another batch of software features that will come to most Android devices, from widgets to Google Assistant to Android for Cars, there is a lot to talk about. While you won’t all get everything, because some of this stuff is device specific, a lot of it will rollout gradually to your phone and mine.

In the coming days, Google will issue new YouTube Music, Google Play Books, and Google Photos widgets that will go nicely on that Material You home screen (or also for those not on Android 12). The YouTube Music widget adds playback controls and recently played tracks to your screen, the Play Books widget gives you access to your full library of books and audiobook progress, and the new Google Photos widget is for People & Pets, where you get yo select the people or pets you’d like to see at all times. 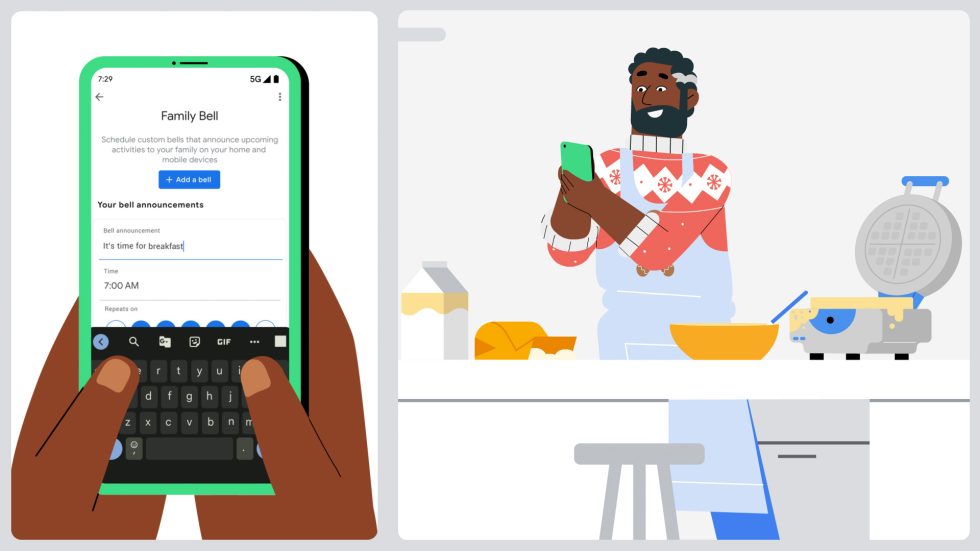 One of my favorite Google Assistant features introduced during the first year of the pandemic was Family Bell. It came in so handy for my kid who was doing his best to stay on task during remote school, plus it’s still been helpful as a daily reminder for him to do his homework, that sort of thing.

Google is bringing the Family Bell to phones, meaning the feature is no longer an Assistant feature that you only access and use through Google Home or Nest devices. Going forward, you’ll even be able to set personal Family Bells that will only ring to your phone. The Family Bell is very much becoming more than a household announcement feature.

For the holidays, Google will add suggested bells too, like reminders to water the Xmas tree, volunteer for a local cause, or watch a family movie together.

A new Memories feature will start to show up in your photo grid in Google Photos that showcases a curated selection of photos and videos depending on the time of year or season or if a birthday is near. That could be cool to relive important moments, but Google is also going to let you rename, personalize, correct, or remove them from Memories. 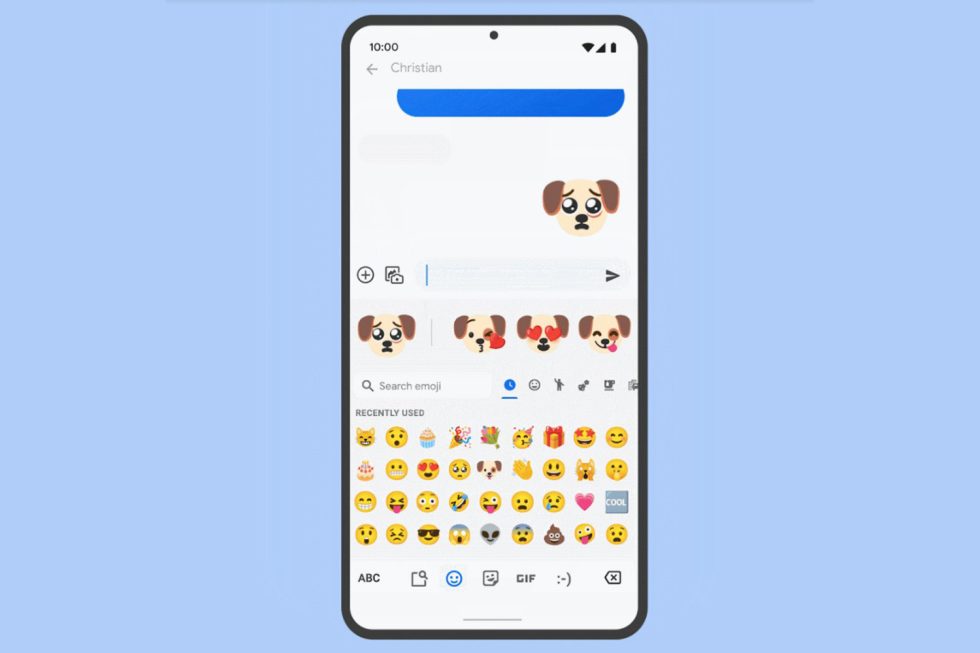 Gboard gets thousands of emoji for Emoji Kitchen

The Emoji Kitchen for Google’s Gboard keyboard is getting “thousands” of new emoji combinations and they’ll rollout starting today to those in the Gboard Beta.

For those not familiar, Emoji Kitchen is this really fun feature that lets you combine two emoji to make custom, personal emoji that you can send to friends and family. Tim loves it.

Android in your car gets a lot, including car keys on Galaxy S21

If you happen to own a car that runs Android or you use Android Auto a lot, here are some sweet new features coming to it: 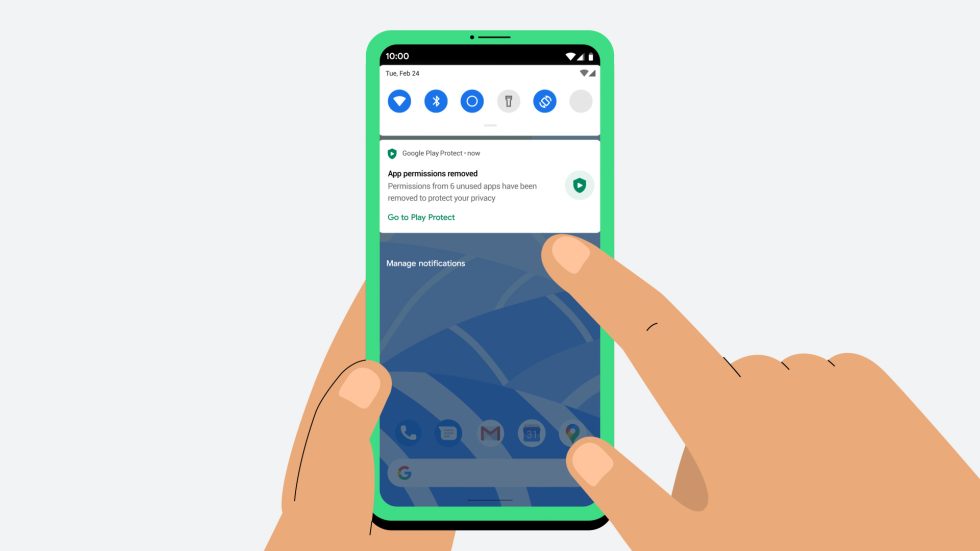 And for the last feature to be on the lookout for, Google is expanding its permissions auto-reset feature all the way back to Android 6.0. For those not familiar, this feature looks at apps you probably haven’t used in a while and removes permissions from them, hopefully leaving those apps without the ability to do much on your phone.