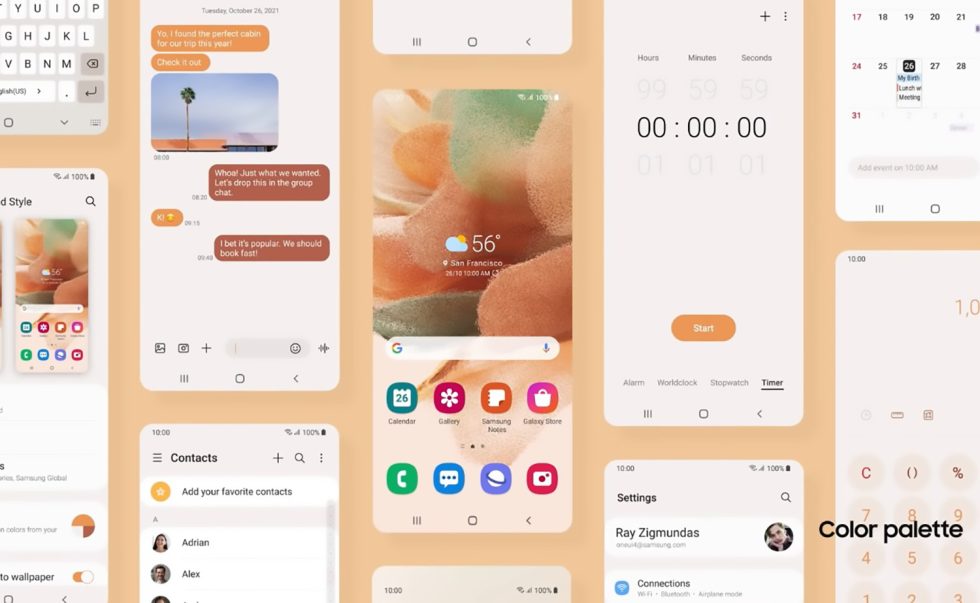 After several beta builds that added new features along the way, Samsung is ready to give the Galaxy S21 line its big Android 12 update with One UI 4. This morning, Samsung says that the update to One UI 4 will rollout starting today to the Galaxy S21, Galaxy S21+, and Galaxy S21 Ultra.

I wouldn’t call this a massive update in the same way that Android 12 was for Pixel phones, mostly because Samsung’s One UI is already quite robust and pretty, but it still brings in some new goodness you’ll want as soon as possible. Things like Color Palette, which is Samsung’s take on Android 12’s wallpaper theming, more rounded corners throughout the UI, improved widgets, new privacy controls, Extra Dim, and more emoji and GIFs and stickers, are all a part of this big update.

For Color Palette, Samsung is letting you create a customized experience throughout your phone with colors that are pulled from the wallpaper you choose. You’ll see these widgets, icons, menus, buttons, and backgrounds. 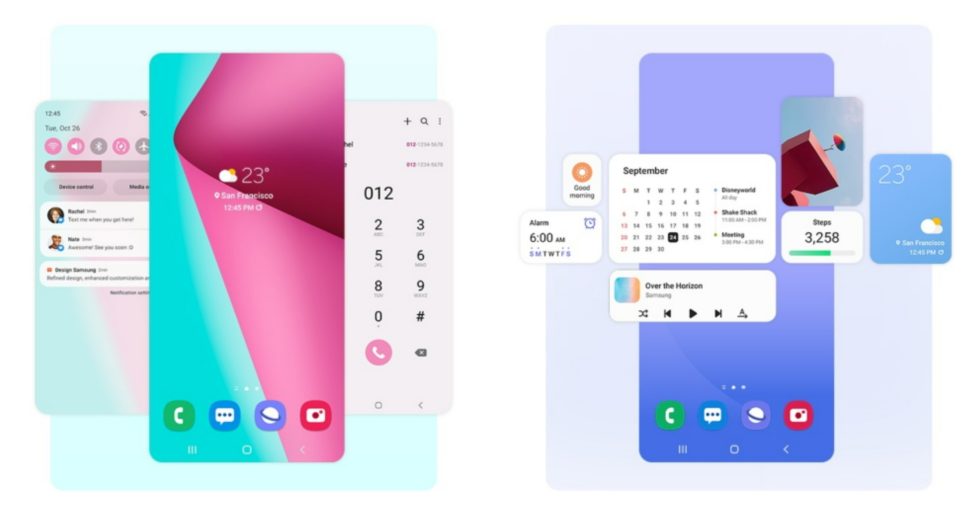 In Privacy, Samsung is including Android 12’s new Privacy Dashboard where you’ll find a snapshot of privacy settings on your phone, including the new camera and microphone toggles that let you completely turn those two items off. You’ll also see clearly see which apps have been using all of those important permissions throughout the day.

This One UI 4 update with Android 12 is available as early as today on the Galaxy S21 line, but if you are attached to a carrier, you’ll have to wait for them to push it. We haven’t seen the rollout begin in the US just yet, as far as I can tell. We’ll let you know once it happens.