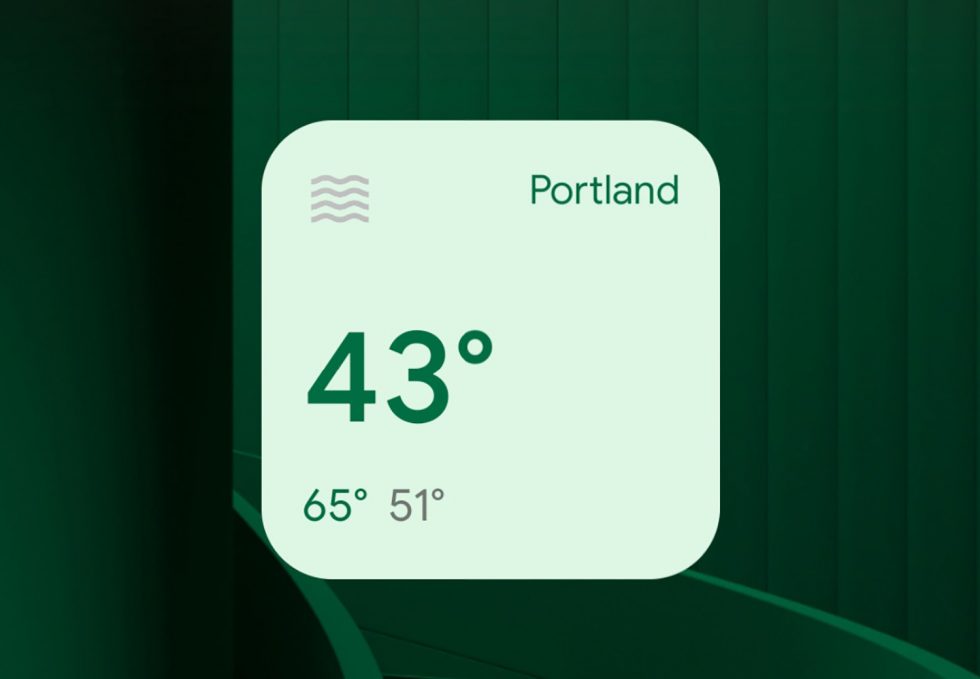 From at least Google I/O, Google has been teasing new Material You themed weather widgets on the home screens of its Android 12 mock-ups. With each beta update, we looked to see if they had finally arrived only to find disappointment. And then last night, a Google app update arrived and sure enough, the widgets were a part of it.

As of today, there are two weather widgets you can choose from, one with a square or squircle shape and another that looks like an off axis oblong pill. The squircle shows your location, current temperature, and highs/lows for the day, as well as an image to describe the current weather. The angled pill only shows you current temperature and state.

To grab the update, you’ll need to enroll in the Google app’s beta program, which you do from the Google app’s Play Store listing. Once you’ve done that, you’ll start checking for an update. I’d imagine this one is slowly rolling out, because that’s how Google (unfortunately) does everything. 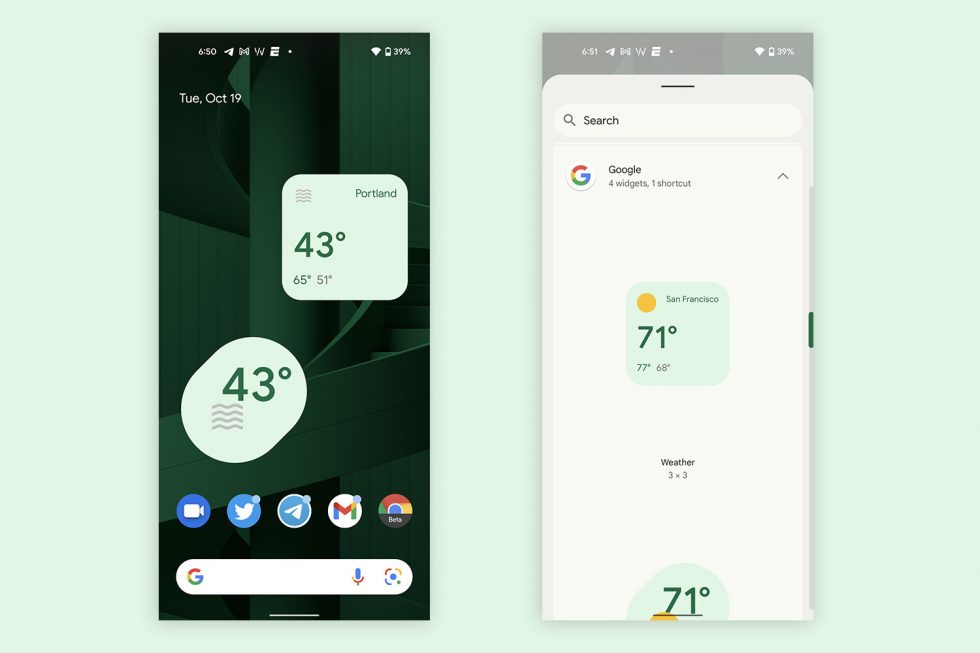