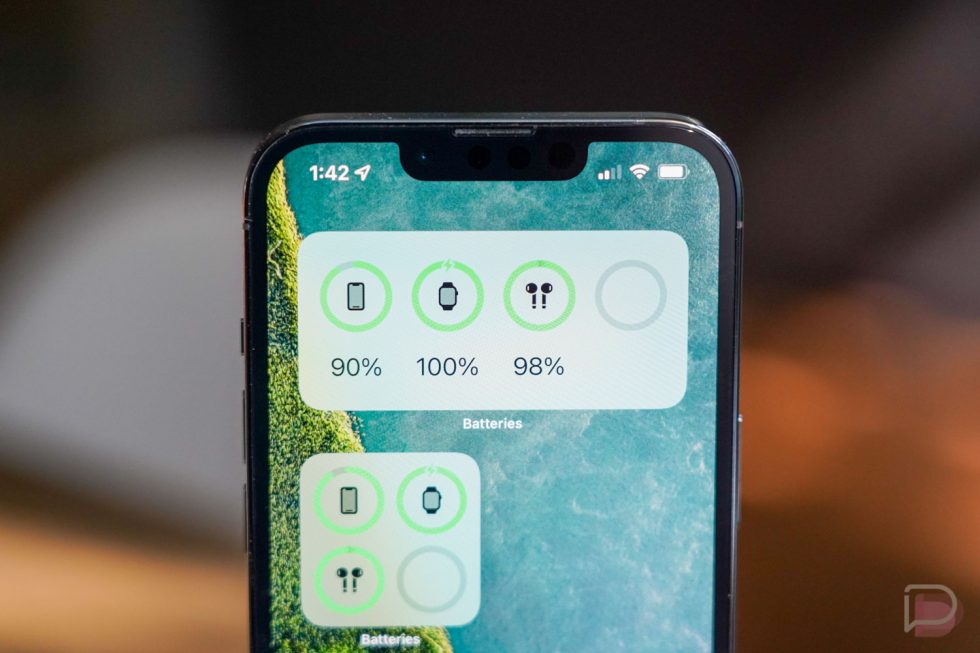 Yes, the image above is of an iPhone. Ignore that part of it. What I want you to look at is that sweet battery widget that iOS has, which shows the battery percentage of each device you have connected over Bluetooth. It’s freakin’ awesome and is one of those that I wish I already had on my Pixel 5. If Google’s teases are anything to go buy, they may give us a similarly awesome widget very soon.

From at least May, Google has been teasing a battery widget for Android 12 that’s made from the Material You cloth and shows at least 4 devices and their current battery status. I’ve cropped the image they keep using below to focus just on this widget, showing a Pixel phone and Pixel Buds attached, along with a random “smart watch” and other over-ear headphones, because people definitely connect earbuds and headphones at the same time.

Weird mock-up aside, we need this! Make this, Google! Apple has 3 versions of this widget! Don’t just tease it like you did that Material Design music app, and then never release it. 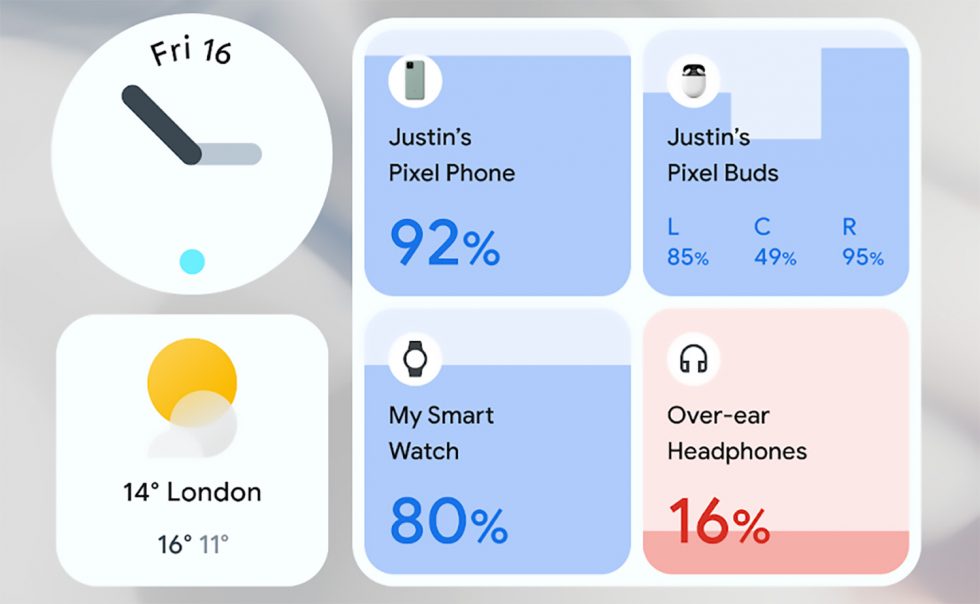 To be clear, because Google keeps showing it off, I’d imagine it’ll show up with stable Android 12 towards the end of the month and with the Pixel 6 launch. Most of the widgets Google has been teasing for Android 12 are either already here or are expected, like the clocks, Google Keep, and Google Photos. The new weather widgets are also expected with the Pixel 6, if anything. Google is very much taking widgets and Material You seriously for now.

But here’s the thing – make this an interactive widget too, Google! Apple’s is just a basic widget that shows your connected devices and their battery percentage. Make it tappable! Let me get into Pixel Buds settings if I tap on that part of the widget or open the Wear OS app if I tap the smartwatch section or the battery settings of the phone if I tap there.

Oh, you want to know why I care so much about a widget that shows battery life of several smart devices I have connected? Because I’m a scarred human. I’ve lived through phones with dead-by-noon battery life. I’ve lived with smartwatches that won’t get you through dinner. I will forever worry about battery life and would love to have easy access to a visual that gives me peace of mind.