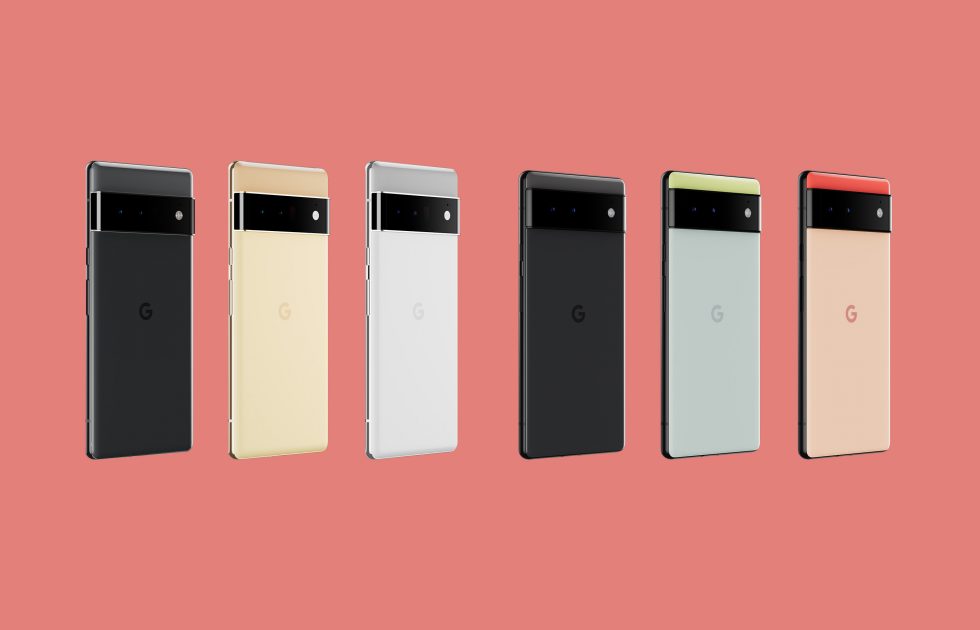 When the original Pixel phone launched, Google kicked off a naming scheme that is without a doubt my favorite in the industry. While Samsung often takes the fancier, more colorful route that includes elements or space terms or rich descriptors, Google decided to go as obviously direct as possible.

The original Google Pixel came in Very Silver, Quite Black, and Really Blue, in case you forgot. We’ve since seen Almost Black, Black & White, Clearly White, and Not Pink, as well. The colors, again, just make sense because they actually describe the color of the phone without going all cosmic or metallic or whatever OnePlus is doing.

With the Pixel 6 and Pixel 6 Pro, it looks like Google will continue with their playfully obvious naming scheme in some ways, while going the Samsung route to complete the line. According to @mabrownjr, who has been quietly sharing a bunch of Pixel 6 bits of info over the past week that went unnoticed until this weekend, we have the following colors:

See what I mean about some colors staying very Google-esque (Kinda Coral, Sorta Seafoam) while others have gone to the industry standard style (Stormy Black, Cloud White)? The names are fine, but Partially Black and Mostly White would have been more fitting, in my annoying opinion.