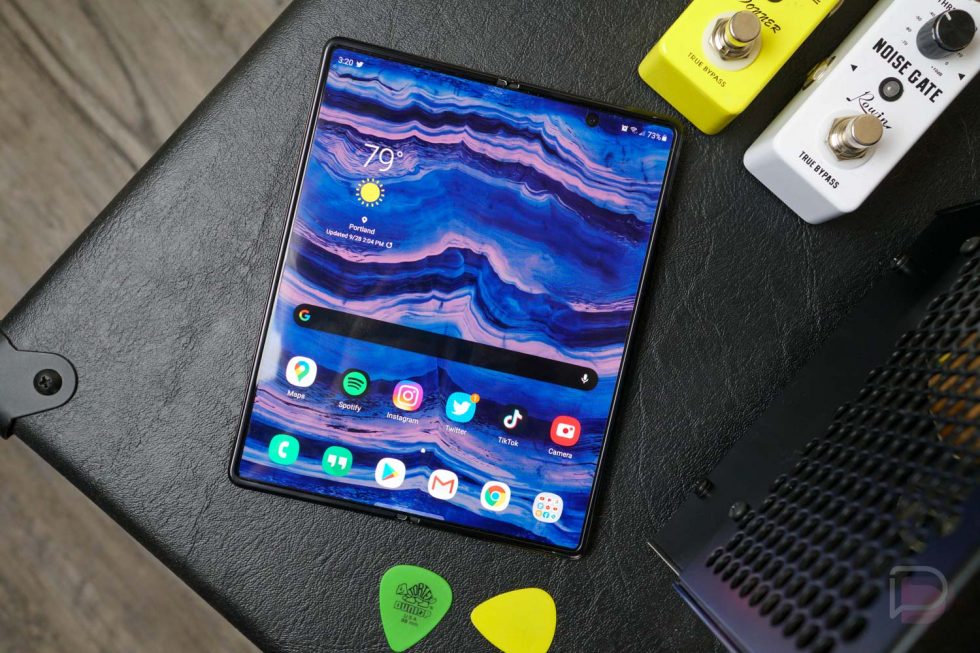 With new foldables on the horizon, Samsung has marked its current Galaxy Z Fold 2 on sale, down to just $1499 with an instant $300 in savings. For this device, easily the best foldable on the market, that’s a good price.

If you’re curious as to whether or not the Z Fold 2 is a good buy right now, given the Galaxy Z Fold 3 is only a month or so away, it’s not a very easy question to answer. You see, while it’s great that the device has been discounted, and it’s surely a fantastic phone, we have read reports stating that the new lineup of Galaxy foldables will come in cheaper than we’ve seen before. For example, let’s say the new Galaxy Z Fold 3 starts around $1750? It could be worth it to some to just wait and see. Galaxy Z Fold 3 would likely see new software versions first and come with improved specifications. There’s a lot to weigh, but as it stands, the Galaxy Z Fold 2 is a kick-ass device.