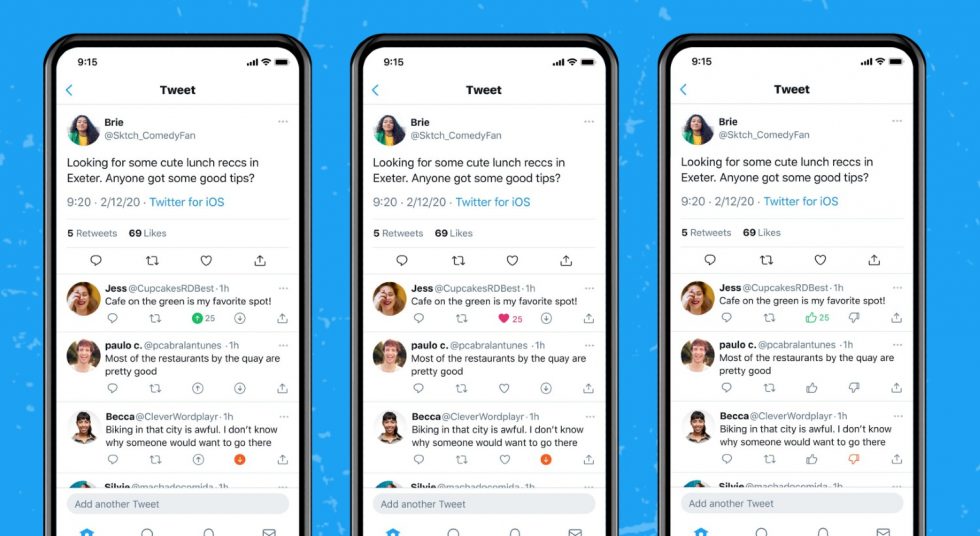 Twitter says a small group of iOS users should begin seeing a new voting system on tweet replies, designed to help the platform decide on what types of replies users feel are relevant to the conversation.

Twitter is very clear that this is not a dislike button. Instead, this is merely a research test for now and votes do not change the order of replies. Additionally, downvotes are not public.

Some of you on iOS may see different options to up or down vote on replies. We’re testing this to understand the types of replies you find relevant in a convo, so we can work on ways to show more of them. Your downvotes aren’t public, while your upvotes will be shown as likes.

I don’t have an iPhone, so I likely won’t see this ever, but even if I did, I don’t think I’d go around downvoting people’s tweets. I’d rather just ignore them, go outside and enjoy life.