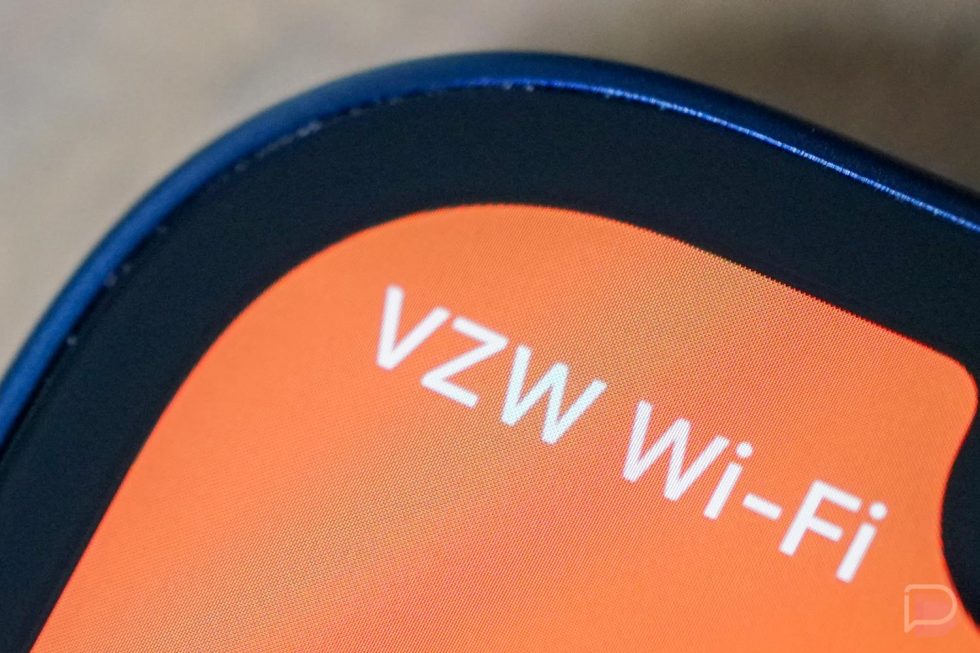 In 2017, when Verizon brought back its first unlimited data plan after years of trying to force customers into awful tiered data options, I made the switch. I talked about how leaving my old grandfathered unlimited plan made sense because of cost, for the included hotspot in the new plan, and because I no longer needed a plan that could give me 400GB of data to use in a month.

Since that switch, Verizon has introduced an entire suite of “unlimited” plans with silly names, a semi-confusing set of options that slightly differ between each one, and levels of prices to fit any budget. When first announced, I didn’t even consider switching to one and that’s probably because whenever Verizon announces something new, I assume it’s sneakier than the plan I’m on and that the only reason for there to be a new option is to squeeze extra cash out of the customer base. That’s a dark outlook on the wireless industry, but there’s history there.

Things have changed with these four Start Unlimited, Play More Unlimited, Do More Unlimited, and Get More Unlimited plans, though. In recent years, Verizon has added a bunch of freebies to each, including free music subscriptions, free Disney+ bundles, and passes to Google Play and Apple’s app stores. They added 5G access too, but who cares about 5G.

Those freebies just got me to finally switch off of “The New Verizon Unlimited” plan from 4 years ago and onto the Play More Unlimited plan. 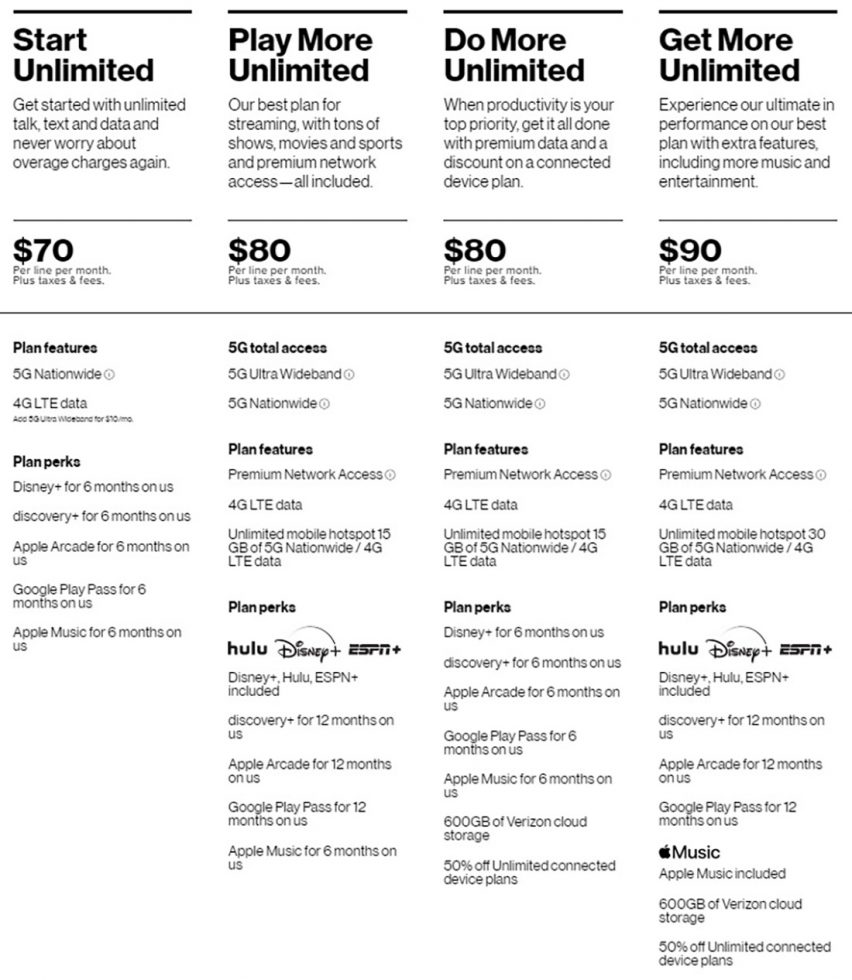 As my life has seemingly added a new subscription service of some kind every few months now that every content company has a streaming option, you start wondering if it’s all worth it and whether or not you can possibly consume enough content to justify the cost before deciding it’s time to make cuts. I was having this conversation with myself last week after recently adding ESPN+ (for Portland Timbers matches by way of a VPN around blackouts and Root Sports not being on YouTube TV). Was that cost worth it (of course, it’s the Timbers) or should I think about cutting something else to keep it around?

Verizon includes a Disney+ bundle with Disney+, Hulu, and ESPN+ in two of their plans. They just give it to you. On top of that, they’ll give you 12 months of Discovery+ (which my wife and I’ve been watching far too much of), subscriptions to Google Play Pass or Apple Arcade, and Apple Music for 6 months or more. Now, I have a 4-year Disney+ pre-sale subscription that locks me in until 2023, but the free Hulu and ESPN+ are clutch, as is the Discovery+ for a year. Dabbling back in the Play Pass doesn’t sound awful either. I’m not switching to Apple Music, though.

Oh, that old unlimited plan I was on was $85/mo and the Play More Unlimited plan is $80. So I’m saving $5 per month from service and getting basically the same wireless plan (with more hotspot data), but then Verizon is adding on a bunch of stuff I would normally pay for. This Disney+ bundle is worth $14/mo and ad-free Discovery+ is another $7. I’m saving close to $30/mo over my previous plan with all these bonuses.

Look, you get the point, which is that if you are one of those people who is afraid of change, assumes you might be screwed by changing, or doesn’t want to deal with it, I feel you. What I can tell you is that changing plans took me all of 5 minutes, enrolling in these services probably took less for each one, and there were no service interruptions or other annoyances. Remember, if you aren’t tying a device purchase to your plan, you aren’t locking into a contract or anything. It was a simple change, I’ve got a better plan, and I’m getting a bunch of free sh*t.

Verizon’s nationwide 5G network may be slow as hell and I’ll probably never touch their 5G mmW network, but they still offer really good coverage, particularly outside of metro areas. Their plans aren’t that expensive compared to T-Mobile anymore either. And when you factor in all of the free stuff I just walked through, they might actually be the better value than Magenta. I’m not sure I ever thought I’d say that.