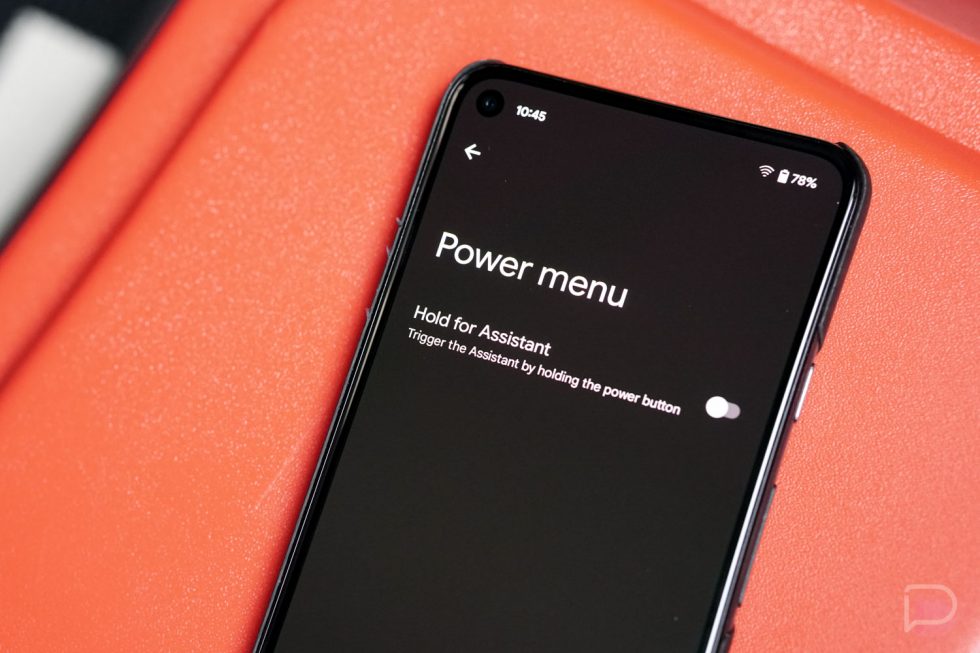 It’s no secret that Google wants you to use Google Assistant as much as possible. Not only is it a useful tool for smartphone owners to take advantage of, but it’s a way for Google to show off the smart tech they continue to advance, plus I’m sure they gather all sorts of interesting (😉) data from it.

Because it’s such an important tool for Google, they are putting it in everything and everywhere, so that if you are in need of help, the Assistant is there. The thing is, it’s starting to feel like we’re getting the Google Assistant in too many places. Like, some of these areas could be used for other stuff, right?

As example, this reddit thread is pretty pissed right now at Google for removing the Home/Device Controls section from the power menu in Android 12 and turning it into a Quick Settings shortcut. The reason Google is removing this option from the power menu seems to be because they want the power button to be a shortcut to accessing Google Assistant. In the new Android 12 Beta 2, you can indeed set power to access it.

I can’t say I blame folks for being upset about this change as we basically had a single Android release with that power button shortcut and I finally started getting used to it, only to now have to change my phone behavior again. Going forward with Android 12, those home controls that I use every night to adjust lights and the thermostat are now in a new place, all because Google wants the Assistant in another spot.

If you own a Google Pixel right now, here are all of the ways (I can currently think of) you can access Google Assistant:

Now, I can understand adding Assistant as a shortcut to the power button. If your phone is in your pocket and you need the Assistant yet don’t want to shout at it, one of the quickest ways to get into it would be long-pressing power. But if you don’t plan on accessing that way because there are all of those ways above I just mentioned, and rather than Google erasing a bunch of stuff from the power menu they just introduced in Android 11, maybe they could have given us more control over long-press on power? Because they also removed Google Pay from the power menu and instead put it as a shortcut on the lock screen for some reason.

I think on one hand I get why Google is putting Assistant in as many places as possible. I actually like that we can find it so easily. On the other hand, we should be able to replace it in places as we see fit. The new Quick  Tap gesture, as an example, can be fully customized to do a number of actions while the power button shortcut can’t. If I’m remembering correctly, the squeezy Active Edge feature never did let you customize to any app and was really just an Assistant shortcut.

Maybe the real question should be, “Can there be too many Google Assistant options?” Maybe some of you want the 9 or 10 ways you currently have because access should never be too far away. I just wish we had a bit more control. Google gives it to us in some places but not others.