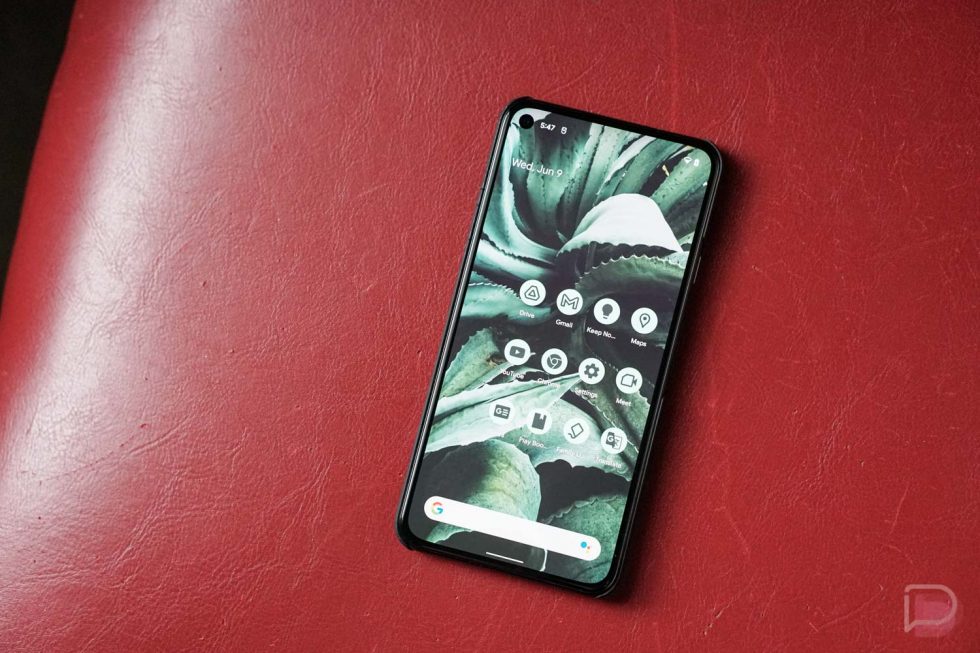 The feature we’re loving the most right now in Android 12 Beta 2 is without a doubt the wallpaper-based theming that the adds colorful touches to your phone’s system. I wish it was slightly more vibrant in the colors it adds, but hey, that’s just me being selfishly excited about it all. Where I would really love to see it go soon is into icons and then to apps. Evidence that surfaced from developers suggests that might actually happen.

Developer @kdrag0n found a way to flip the switch on a bunch of Google apps, so that their icons adaptively match the color theming that Android 12 is spreading about the system. In that picture above (and below), he was able to get apps like Gmail, Maps, YouTube, and Chrome to ditch their typically colorful selves and turn green, with different versions appearing in light or dark themes.

Now, we knew this was likely coming after Google showed off the idea of themed icons at Google I/O, we just haven’t seen it in action on either of the Android 12 betas thus far.

Here are all the app icons that can currently be themed with Material You colors. pic.twitter.com/o8rDS94kig

Since there are hundreds of thousands of apps outside of Google’s, you might wonder if developers can take advantage of the theming for their own icons. Another developer in reply to this finding, @Quinny898, found code within the Pixel Launcher suggesting the change was hardcoded and may only apply to Google’s apps.

From there, the conversation went into a possible work-around for non-Google apps to adopt the colors of the system theme, but it doesn’t currently sound like a legitimate solution. Google might need to open this up further and I don’t believe they’ve really talked much about how others can take advantage of this new theme idea.

Should they, well, that could mean custom icons and apps that change with your wallpaper, just like Google’s apps are starting to do. It would be awesome.