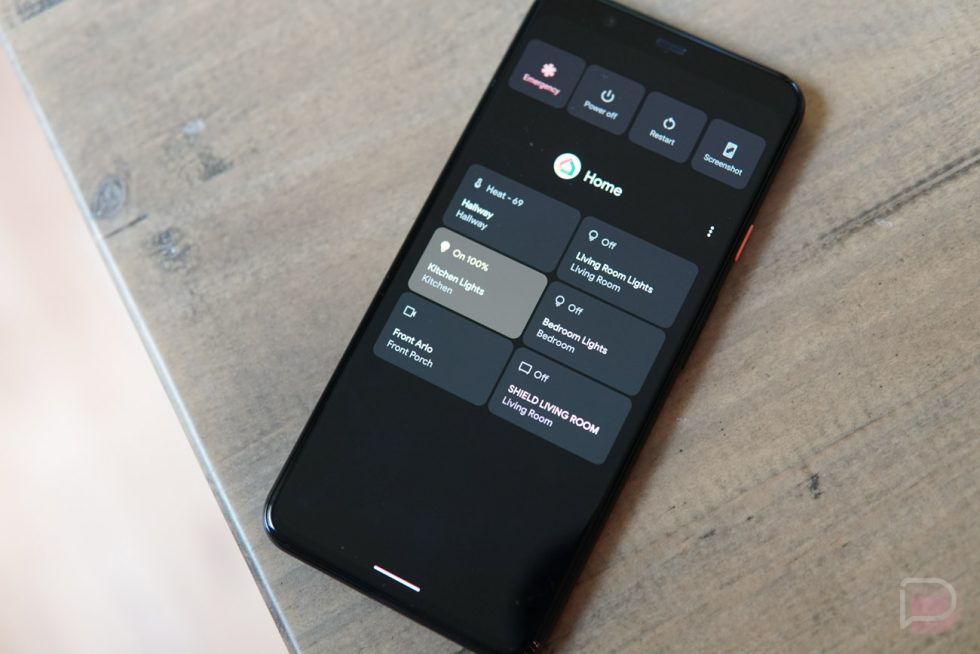 One of the features we are most looking forward to when the Android 11 Beta shows up in the near future is a new power menu that provides quick controls to smart home devices. We have seen this new Quick Controls area highlighted on a couple of different occasions, but it appears that Google only needed to activate it on Android 11 with an update to the Google Home app.

A new Google Home build as version 2.23.1.8 has started its slow rollout this week and it includes whatever was needed to turn on these new Quick Controls. If you are running an Android 11 Developer Preview, like DP4, getting this update will bring you these controls.

I installed the new version, long-pressed the power button on my Pixel 4 XL, and was immediately greeted with several controls. You’ll see the initial setup below, where I have quick access to my hallway thermostat, shortcuts to light groupings, a SHIELD TV unit, and cameras. 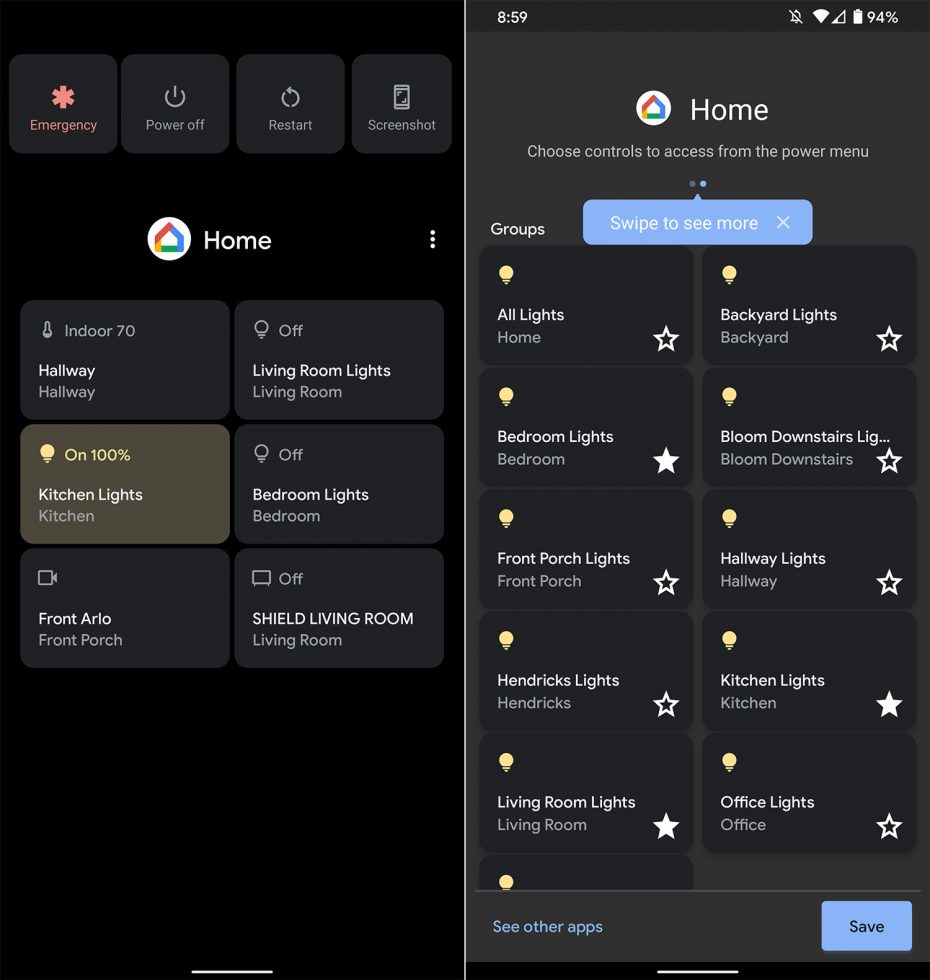 Tapping on the light buttons will quickly toggle them off or on, as you might expect. Some of the other shortcuts (like thermostat and cameras) require a long-press, which then jumps you into the Google Home app for that device.

To edit them, you’ll tap on that menu button next to your Google Home’s name, then see a list of available devices with stars to favorite them. Favoriting should bring them onto the Quick Controls screen.

Since the Google Home app is awful, I cannot tell you how amazing these new shortcuts are going to be. I’ve spent all of 4 minutes with them and absolutely love the idea.