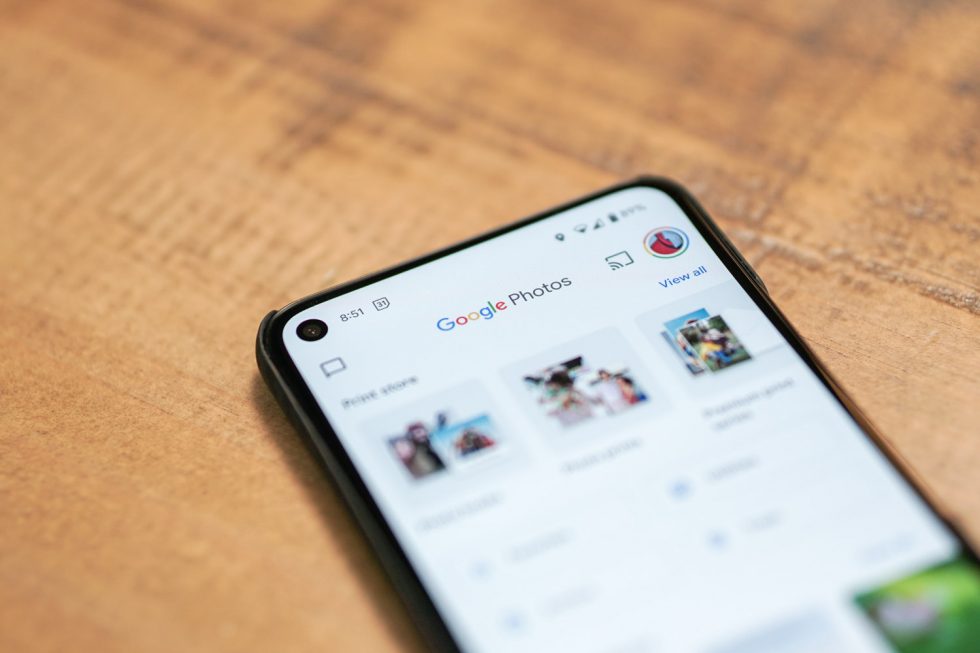 That sure happened quickly. It feels like only a few days ago that we gave you the 1 month warning and now we’re at the final day. Yes, friends, Google Photos will no longer have unlimited storage starting tomorrow, June 1, for almost everyone not holding a Google Pixel phone.

Google Photos no longer lets you backup photos for free

I can’t imagine you didn’t know this already, but for those just catching up, here’s the deal – Google announced all of this in November 2020. In a somewhat surprising turn from everything was free forever, Google told the world that it would soon be time to pay for their excellent Photos product.

That means from June 1 forward, all of the photos and videos you upload to Google Photos will start to count against the free 15GB of storage space that Google gives everyone with a Google account. Oh, you didn’t know they gave everyone a free 15GB of storage? They do. This storage is used for lots of stuff, like the 25,000 emails you archived in Gmail over the past decade or two, your Google Drive account, and now Google Photos. 15GB was a decent amount of storage without Photos included. With those included, well, this is where things get tricky.

So before June 1, you had free unlimited backups “High Quality” photos to your Google Photos account, where Google was reducing quality from original to not take up so much storage space. The “Original” quality or full resolution photos backup option hasn’t been free for a while and counted against your free 15GB of storage (unless you own select Pixel phones). When tomorrow hits, you no longer get to backup with “High Quality” for free. Also, they are renaming “High Quality” to “Storage Saver” to help make more sense of it all.

However, everything you uploaded prior to June 1 is there to stay and won’t count against your storage cap. So if you hurry up today and upload, you should be good. But again, going forward, everything counts for almost everyone (it’s only Pixel phone owners who get a pass).

What are you supposed to do now?

You have some options! If you really love Google Photos, like the way it organizes everything, love its search capabilities, and don’t want to switch to a new service, then cool! Google is giving you new tools in Google Photos to track your storage usage of that free 15GB of storage, help clean-up unwanted photos, and warn you if you are closing in on a limit, plus they will gladly sell you a Google One plan to add more storage to your account.

If you decide to stick with Google Photos and need more storage, Google One storage plans start at $2.99/mo for 200GB of storage. I can tell you that I’ve been on a 200GB plan for a couple of years now and upload at “Original” quality and I’m at 50% capacity. It could last you a while. The next step up from 200GB is 2TB and it costs $9.99/mo. There are bigger plans than that too.

Oh, Tim has a sweet trick to potentially help you get free Google Photo storage through a Google One plan. Let’s talk about that.

Get free Google Photos storage with this trick

You guys know about Google Opinion Rewards, right? This is Google’s app that sends you random short surveys from time to time that pay you anywhere from a few cents to more than a dollar. They are often only a couple of questions long and typically relate to a recent location you stopped at or something you searched on Google for. The small amounts of money it pays you can really add up over time.

Here’s the thing – you can use that money to pay for your Google One storage. Your Google One storage, if you sign-up in the app and use Google Play to manage the subscription, lets you pay with any of the accounts you have attached to Google Play. One of the payment options, as you can see below from my account, is “Google play balance.” Assuming I have enough money in there each month, that should cover my $2.99/mo-200GB plan. 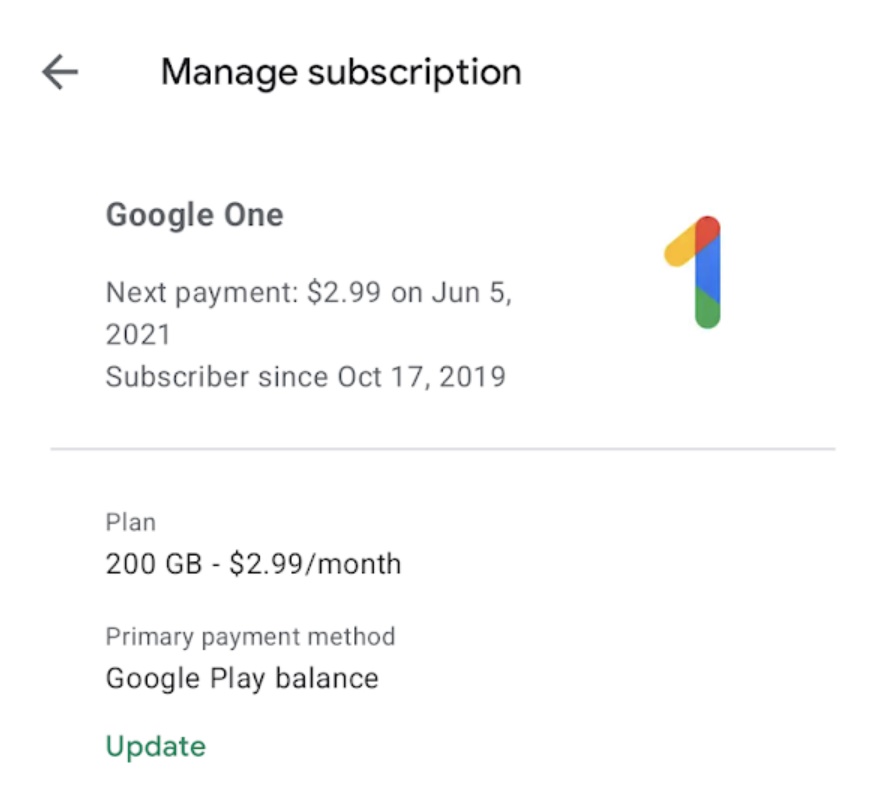 Not sure that you’ll get enough surveys to cover the cost? You probably will. In the month of May, I collected right around $2.80 in survey cash and I work from home and hardly go anywhere, so I rarely see location-based surveys. If you aren’t like that, there’s a chance you could rack up well over the $3 needed. Take a look at this post and see how much DL readers have made over the years.

Of course, in doing so, you are likely feeding all of Google’s search ad and tracking needs, but you may decide it’s worth it for free Google Photos storage.

I briefly hinted at this earlier, but if you own a Google Pixel 1 through Pixel 5, you can still upload to Google Photos for free on some level. Future Pixel phones likely won’t keep this perk, so take advantage while you can. To read more on Google Pixel phones keeping unlimited backups, head on over here.

You are done with Google Photos and need an alternative

Let’s say you are mad at Google and want to be done with Google Photos and certainly don’t want to take surveys to pay for it. That’s cool too! There are options from Microsoft’s OneDrive to Amazon Prime’s Photos product to off-line hard drive backups. Everyone has an app at this point and will backup your photos automatically, let you search within them, etc. Google Photos is great, but competing services like the two I just mentioned are pretty solid too.

Have you picked your path forward yet?