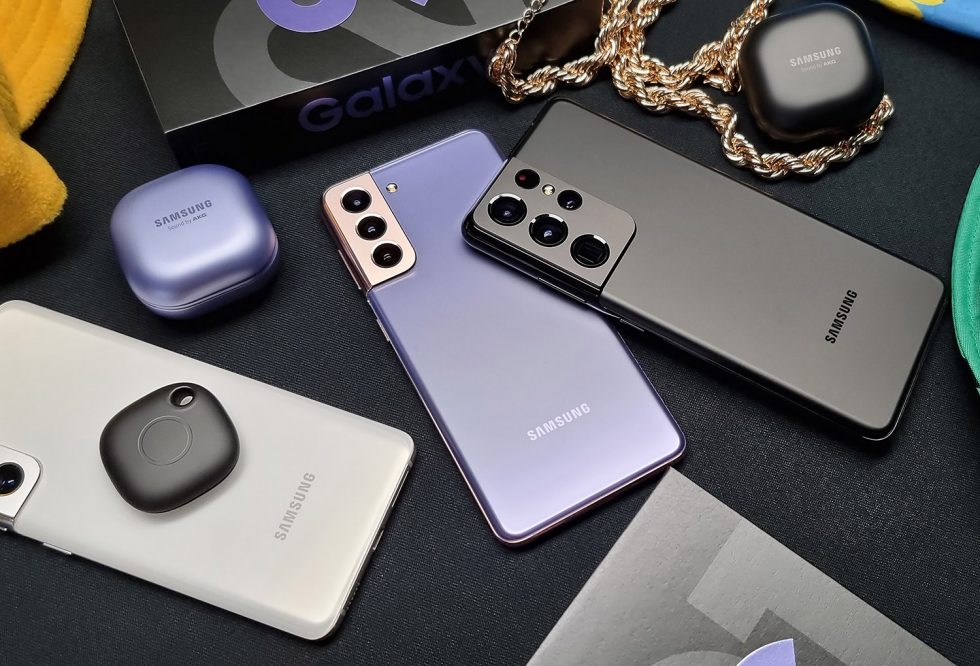 To kickoff another new year, Samsung has once again unveiled its new Galaxy S phone series, this time as the Galaxy S21, Galaxy S21+, and Galaxy S21 Ultra. The phones all feature a bunch of next-gen features wrapped in unique designs that showcase their powerful cameras. But maybe most importantly, all three are accompanied by prices that land $200 lower than their predecessors.

Lower prices are almost never a thing we’ll complain about, so this post is probably already going against any sort of consistency we never admitted to having. We kind of have to do this, though. Those price reductions from the Galaxy S20 to this year’s Galaxy S21 sure brought in a handful of cuts.

As you all debate whether or not you want to buy one, you should at least be aware of the areas that don’t quite match-up to last year’s Galaxy S20 series. There aren’t just 2 or 3, by the way, and you might be somewhat surprised at how long this list is.

The Galaxy S21 and Galaxy S21+ feature high-res AMOLED flat displays with variable refresh rates that top out at 120Hz. Samsung says they are way brighter, feature dramatically improved contrast, and they should help reduce eye fatigue. I’m just going out on the most obvious limb here when I say that these displays will more than likely be awesome to stare at all day, every day.

But look, Samsung’s S series is the king phone series that has for so many years been known for offering the ultimate in everything. There are going to be QHD bros in your community who will not be happy that they can’t take a 1440p screenshot.

With storage options that range from 128GB up to 512GB, the Galaxy S21 line should give most people plenty of storage to last them for a couple of years. But what if you can only afford the 128GB model? And what if that ends up not being enough with all of the 8K videos Samsung wants you to record? I have bad news for you – for the first time since the Galaxy S6, Samsung has taken away the microSD slot in their Galaxy S line.

That’s right, you won’t find expandable storage in the S21 series. The storage you get at checkout is all the storage you’ll have through the life of your Galaxy S21 phone. Choose wisely, my friends. 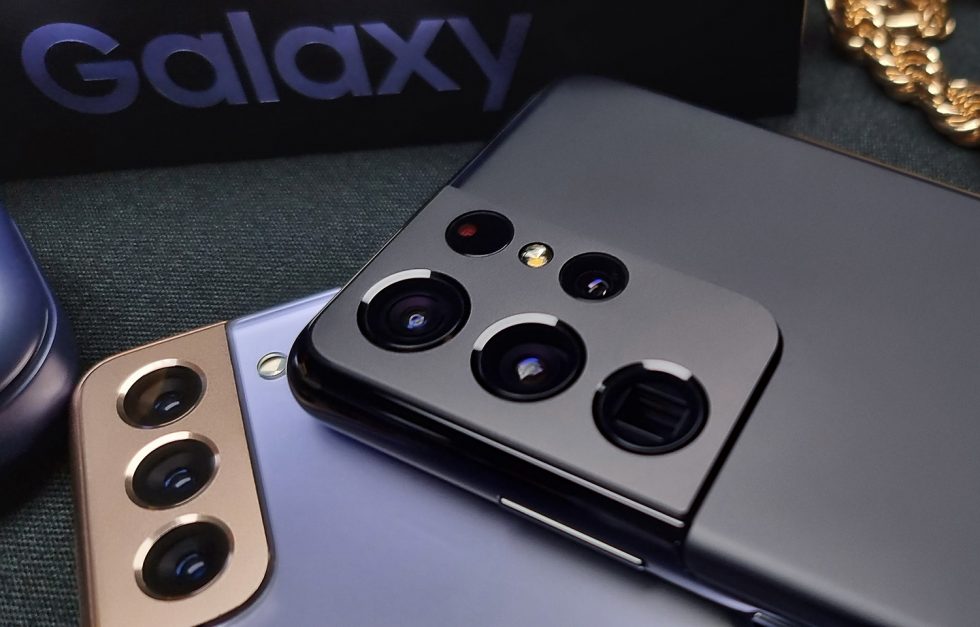 For the performance crowd, or those who need to have 35 applications stored in memory at all times, be aware that the Galaxy S21 and Galaxy S21+ top out at 8GB RAM this year. The Galaxy S20 and S20+ both featured 12GB RAM in the US and there is no option to increase it with the S21. The Galaxy S21 Ultra at least kept its 12GB or 16GB options.

To a bunch of us, assuming we aren’t all hardcore smartphone multitaskers, this may not matter. Either way, it’s another cut.

Glass all over the back of a smartphone has been a terrible idea from day 1. Glass is not premium. Glass is fragile and a pain in the ass to take care of, especially for a multi-year period. With that said, the industry has come to expect glass in its high-end phones, particularly when they are asked to pay close to a thousand dollars for them. After all, glass does feel really nice in the hand.

The Galaxy S21 has a plastic rear cover and that could be offensive to some. Again, I think glass sucks and the plastic doesn’t bother me in the least. I’m still loving my plastic coated “metal” Pixel 5, liked the OnePlus Nord, and actually hope that others will find ways to include premium-feeling plastic more often. I just bought a regular Galaxy S21 knowing that it is plastic.

But again, it’s technically another cut. Oh and if I didn’t make this clear enough, the S21+ and S21 Ultra have glass backsides.

This one falls into the category of “Who cares?” but you should still have knowledge of the fact that the Galaxy S21+ has one less camera than the Galaxy S20+. This year, Samsung gave the S21 and S21+ the exact same camera setup, whereas last year the S20+ had an extra depth sensor. I’m going to assume it did next to nothing, but it is gone now.

MST is gone and NFC is the king

You know that super sweet payment technology that Samsung has utilized for years that let you pay with your phone even if a payment terminal didn’t have NFC? That technology was called MST or Magnetic Secure Transmission and it was truly brilliant during those early mobile payment days where NFC wasn’t quite at every mom and pop shop.

For the Galaxy S21 line, Samsung told ArsTechnica’s Ron Amadeo that it is gone and likely won’t be back. Their reasoning is that NFC is now everywhere and so that’s where their focus will be. Previously released devices with MST will be able to continue using MST, though.

This one I sort of get, but also, it seems like a silly omission that could have easily been there without much of a price adjustment. 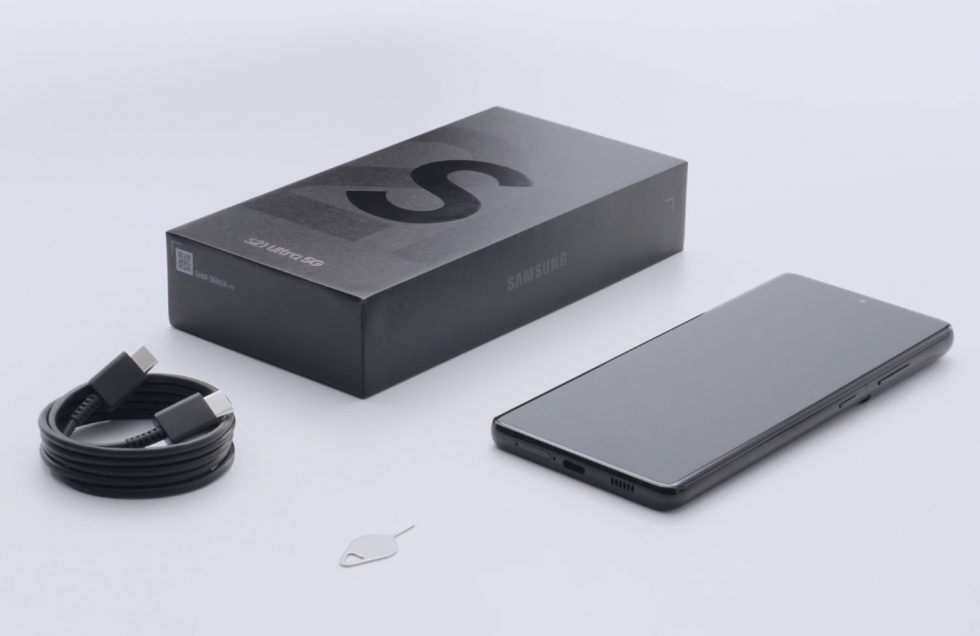 You are already well aware of this, but the Galaxy S21 line does not come with a phone charger. Instead, you get a USB-C cable, SIM tray removal tool, and some guides. You’ll be OK.

Knowing about all of those cuts, you have to ask things like, “Are any of these phones still worth buying?” or “Are they good values?” I’d argue that the Galaxy S21 and Galaxy S21+ are, mostly because I think the Snapdragon 888 will really keep performance humming along even with the reduction in RAM, that the cameras will be improved through software and with the help of the 888, that battery life is aided by the choice to keep the displays at 1080p (which is also more than enough resolution), and that NFC truly is almost everywhere.

As for the Galaxy S21 Ultra, Samsung didn’t really cut any corners there and still managed to reduce the price by $200. So yeah, if you want the king phone, it’s still going to be the choice.

What do you think – too many cuts or are you liking the new prices?