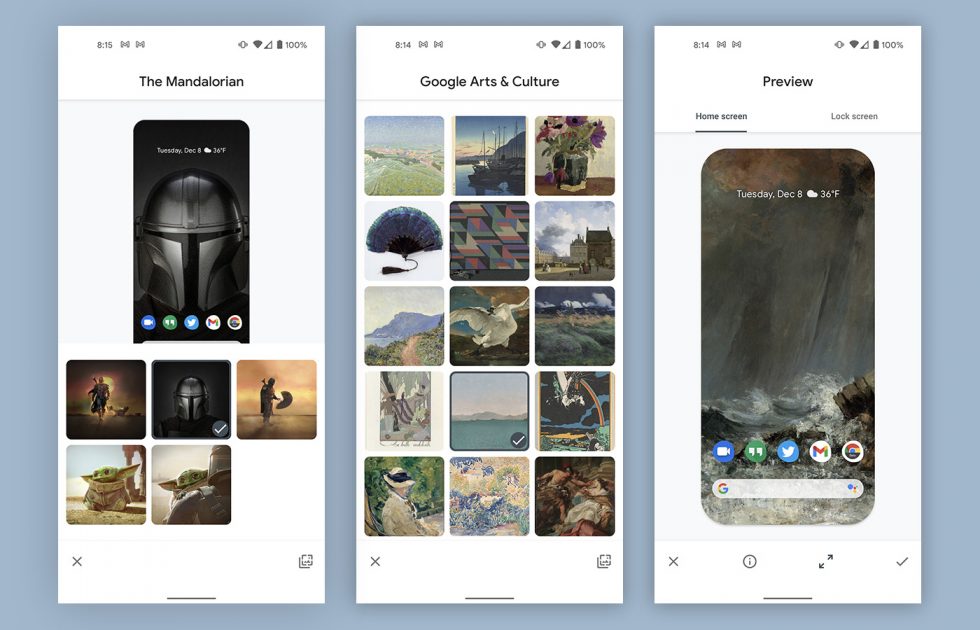 As a part of the latest Pixel Feature Drop, Google told us to expect several new wallpapers from a couple of new categories. For fans of Google Arts & Culture or The Mandalorian, your new ‘papers are here.

If you own a Pixel, long-press on your home screen and touch “Styles & wallpapers.” From the next screen jump into the “Wallpaper” tab and swipe up – you should now see the two new categories that Google promised.

In The Mandalorian section, you have five new wallpapers to choose from, and yes, The Child stars in a couple of them. Also yes, I’m well caught up on what his official name is, but wouldn’t want to spoil for those who aren’t watching each new episode each week.

In the Google Arts & Culture section, there are 20 wallpapers to choose from, all of which are of “famous artworks provided by cultural institutions from around the world.” As a simple man who knows absolutely nothing about art, I’ll let you tell me what these famous artworks are of, from, and who made them.

I don’t believe that you need an update of any sort in order to get these new wallpapers. They could be attached to the December Android update, or Google may be pushing them into the Wallpapers app through some server-side magic. If you aren’t yet seeing them, update.