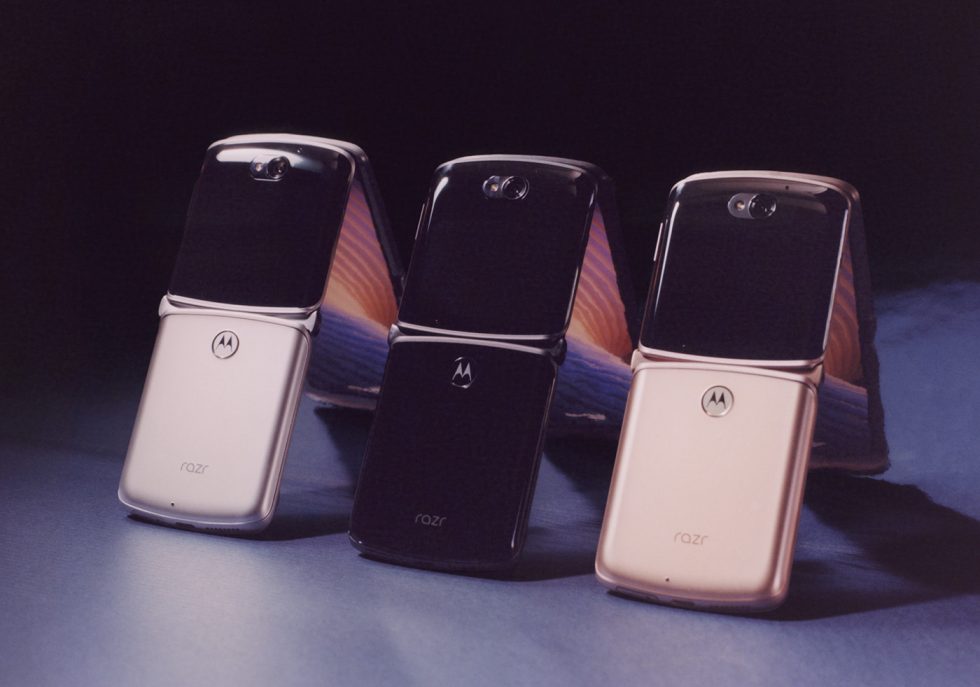 We are only a few months removed from Motorola re-launching the ol’ Razr brand with their first foldable flip phone that was sold exclusively through Verizon and the company is already here with a replacement for it. The new Motorola Razr is official with a number of improvements, this time coming to AT&T and T-Mobile.

The big thing to know here is that Motorola has likely improved the build quality of their foldable design over the original. The model released earlier this year was not a nice phone to open and shut, hold, or use. This new version tries to fix some of that with an improved hinge system, sleeker body, and an outer display that does more. For example, they tapered the chin down, moved the fingerprint reader to the back, and updated the hinge so that it not only looks better, it should open and shut with greater ease without that weird creaking noise.

They improved specs as well (here’s the old list). The two displays remain the same, but we now have a Snapdragon 765G processor with 5G support on AT&T and T-Mobile, 8GB RAM, 256GB storage, bigger 2800mAh battery, and a camera system that shouldn’t be as embarrassing. The new camera setup is a main 48MP shooter at f/1.7 and with OIS. The new selfie cam might be useful too with a 20MP sensor.

The new model will come in three colors that are covered in glass rather than the plastic we saw on that original. Overall, I think it’s safe to say that this new design is much more polished and looks like a phone someone might spend a bit of cash on. 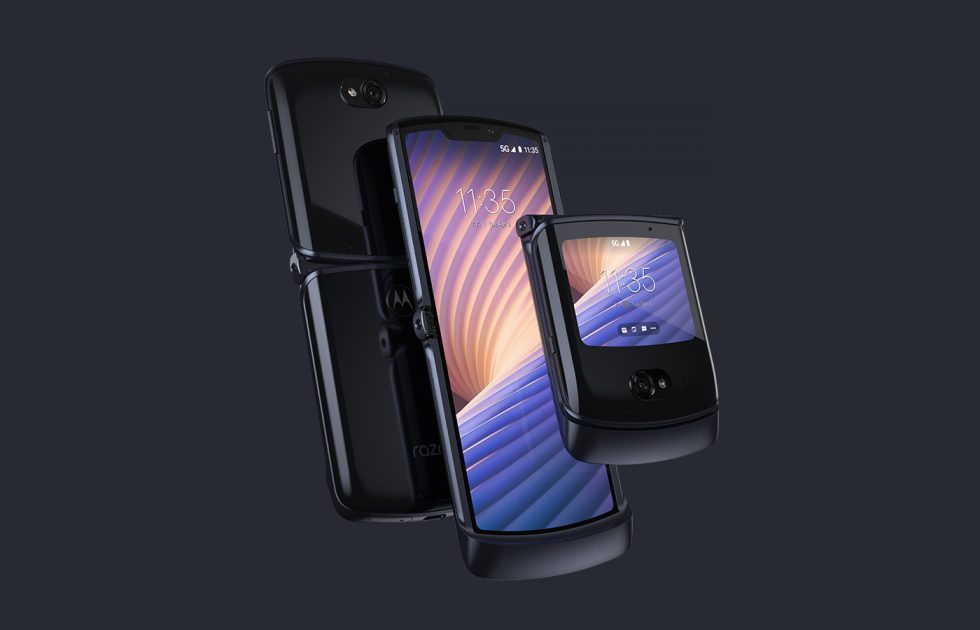 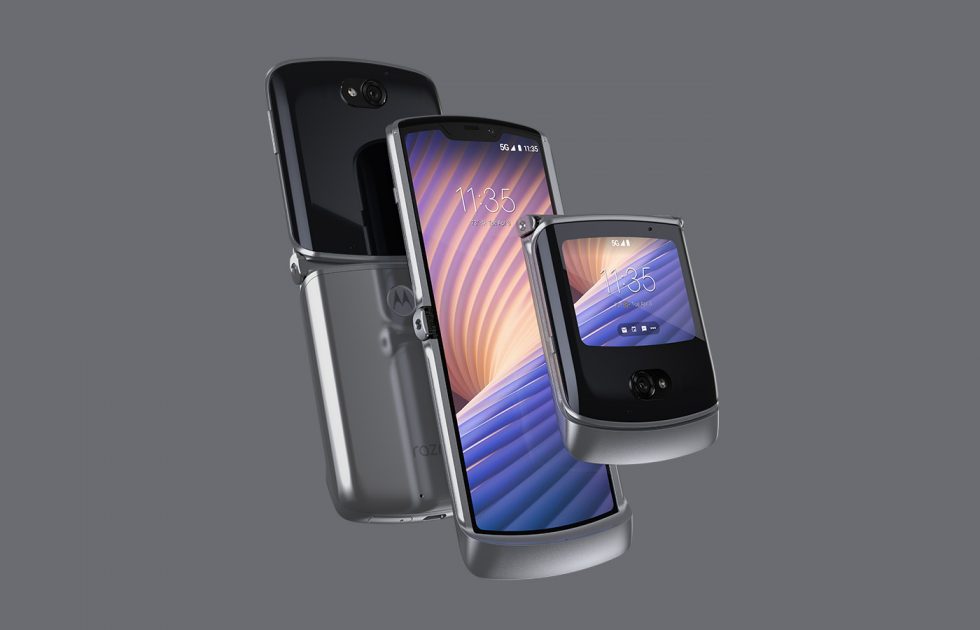 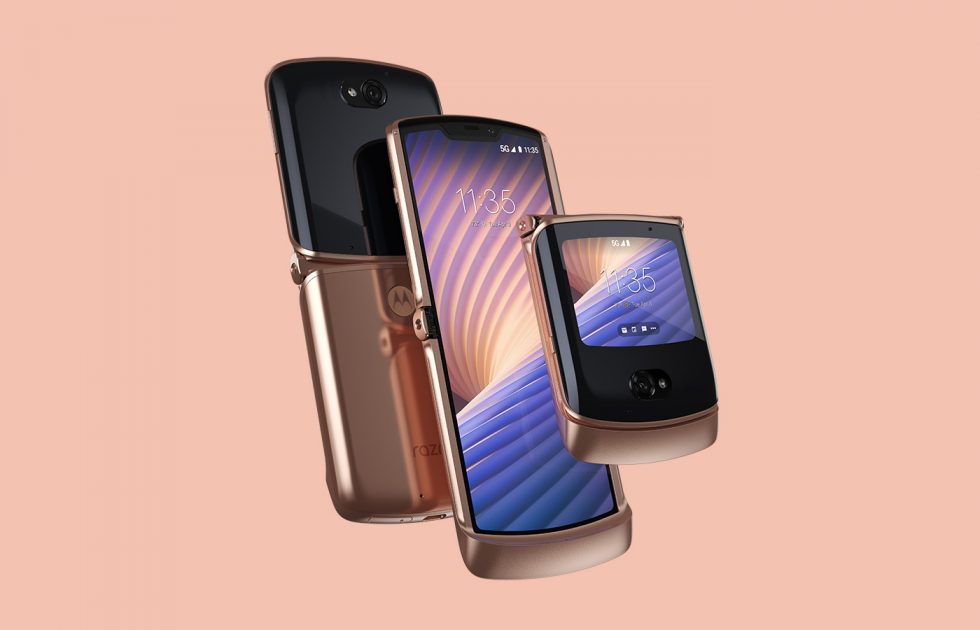 In the software department, Motorola has done a lot to make the cover display more useful, so that you don’t have to open the phone as much to get things done.

There’s new gesture navigation now that is similar to Android 10’s, you have access to a full keyboard for responding to messages, you can setup customized app shortcuts and contacts, there is turn-by-turn navigation in Google Maps, and you can use Google Pay without opening the phone. During my review of the original, I noted that the cover display just added more work to the way I needed to use the phone, but this looks like it could help a lot.

Oh, and since we like to know how long Motorola plans to support phones, they tell us that this Razr will get “at least two Android OS upgrades” and 2 years of bi-monthly security updates. The phone launches with Android 10 and Motorola’s clean software UI. 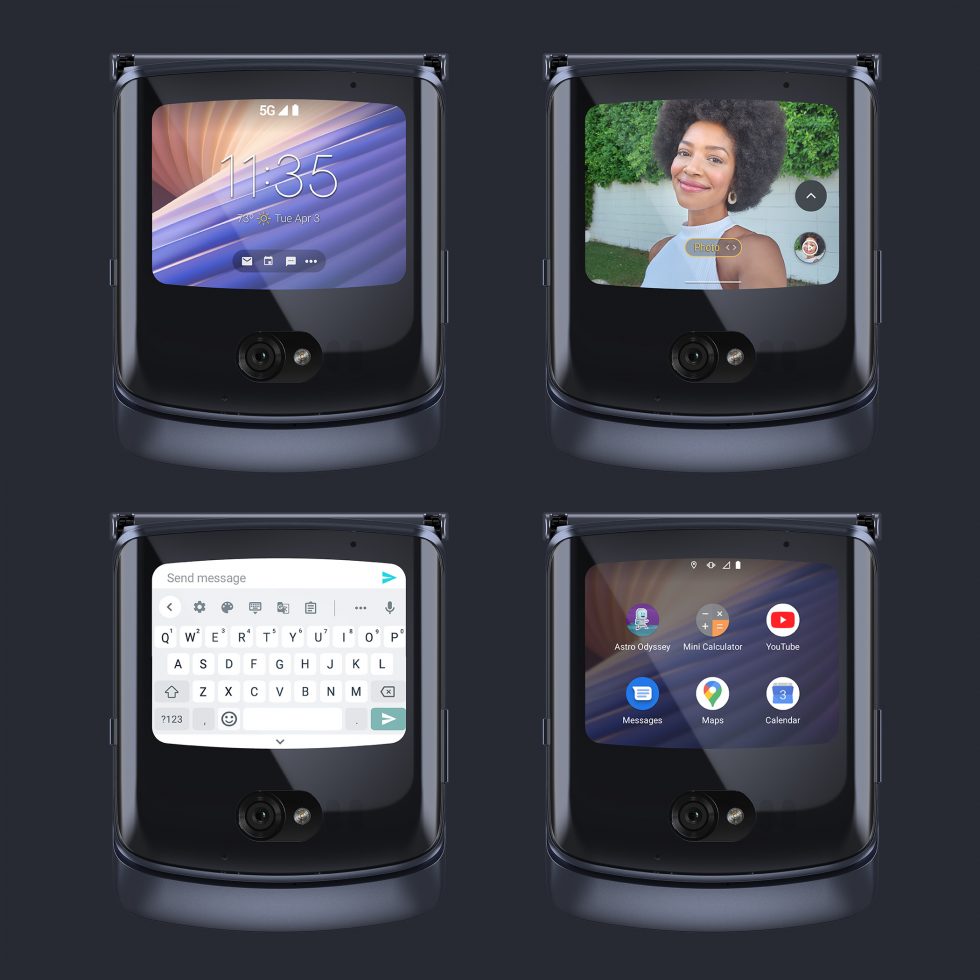 As I mentioned earlier, 5G support is here on AT&T and T-Mobile in Sub-6 bands (no mmW). It will be sold by both of those carriers, but Motorola is doing an unlocked model this time too. You’ll be able to buy it “this fall” at Best Buy, B&H Photo, Amazon, and Motorola’s store.