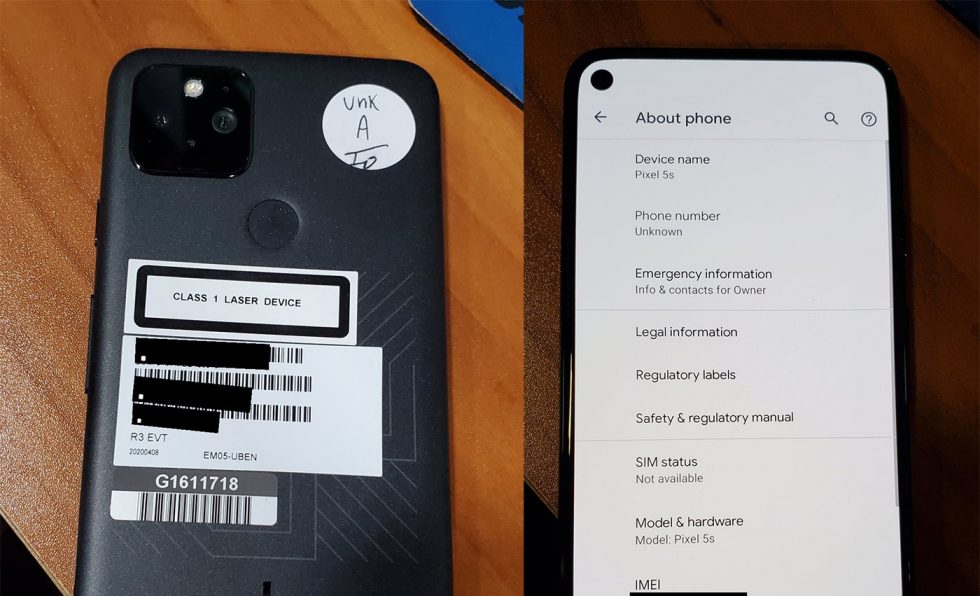 A pair of images were posted to Twitter last night that appear to showcase the new Google Pixel 5. We have both front and back shots displaying a hole punch cutout on the front, rear matte black finish with fingerprint reader and dual cameras. It’s called a freakin’ “CLASS 1 LASER DEVICE,” which sounds cool enough.

But this situation gets weird when you look at the picture of the phone’s front that suggests the device name is “Pixel 5s.” Now, I’m not sure I’m willing to sit here and consider that Google is working on a Pixel 5 and Pixel 5s. Instead, because this is clearly an early prototype unit, I would guess that we either have a typo, the device is trying to hide who it is, or maybe this is how Google is separating (internally) the names of different variants they may send across the globe (5G configurations). 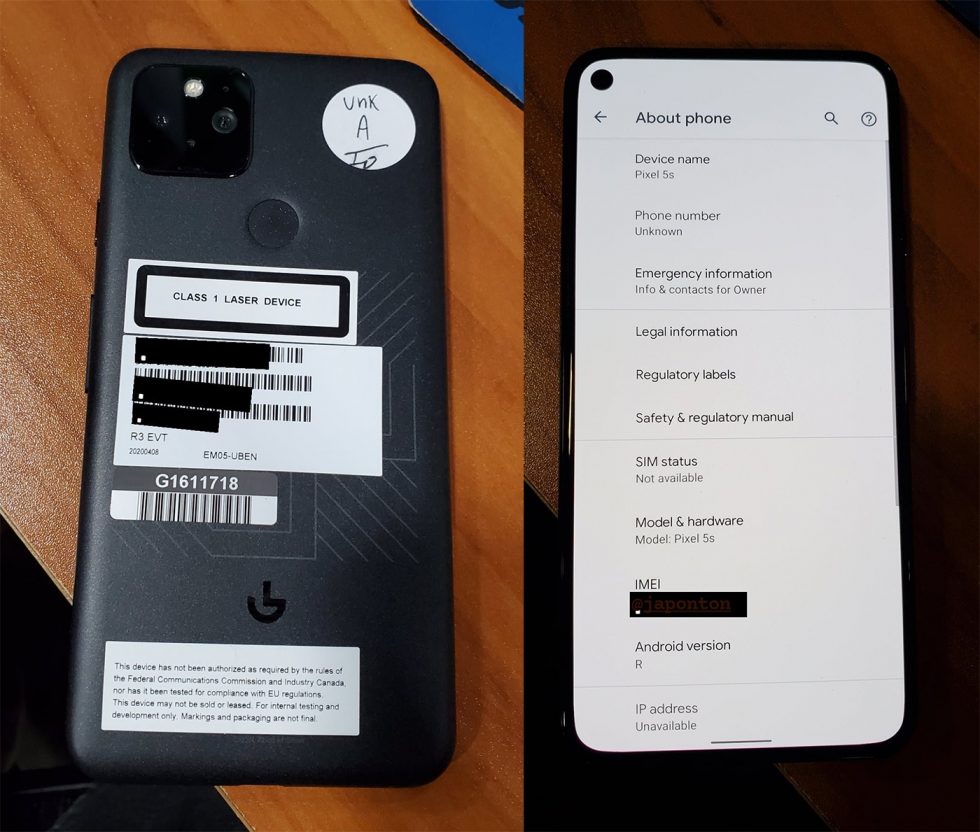 The only thing I’m picking up here is the camera setup. In this prototype, it looks like the wide-angle and standard lenses are flipped when you compare to these photos of the Pixel 5 and Pixel 4a 5G that look in much more finished condition. Maybe that’s because this is an early build or maybe there’s something else we will find out later down the road.

There isn’t much else to take from image other than we can see the phone running Android “R” or Android 11. That’s to be expected.