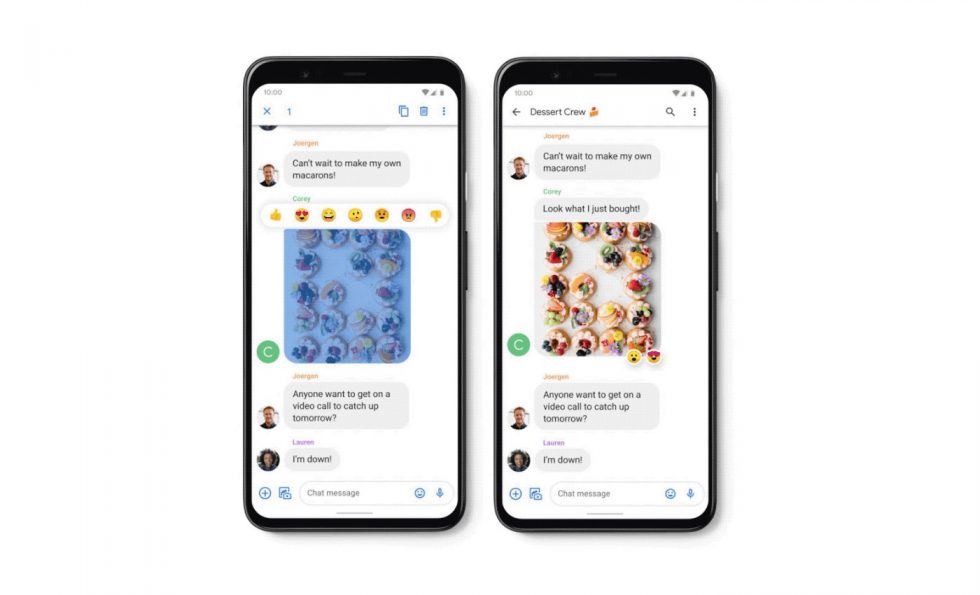 Google Messages, the messaging app Google has spent a good deal of time improving in recent years with features like RCS, is getting a set of improvements this week you’ll love.

For one, iMessage-like reactions to messages are finally here after a few months of teasing and slow rollouts. We first saw these in March and then again in May, with Google confirming they are indeed a thing today.

Not familiar with reactions in other apps? The idea here is to give you a quick way to respond to something without having to type a word or think too seriously about it. By long pressing on a photo, video, or chat message, you’ll see a set of animated expressions available that look a lot like emoji. Touch on one of those and your reaction will attach to that message (see above).

Since the image above and Google’s announcement today mention “chat” for reactions, this will likely only be a feature for those using RCS and not SMS. You probably won’t be able to troll-back your iMessage friends.

That’s not all that is new, though. Google is expanding Smart Reply to start suggesting stickers that “make it easier to let loved ones know you care.” That means you will see sticker suggestions relevant to the conversation you are having.

There’s also a photo editor to quickly doodle on the photos you take with the camera inside of Google Messages, long-pressing on the voice button to record voice messages, and a shortcut to video call people through Duo.

Who knows when you’ll see everything here because, you know, slow rollouts. Grab the latest build of Messages to check at that link below. 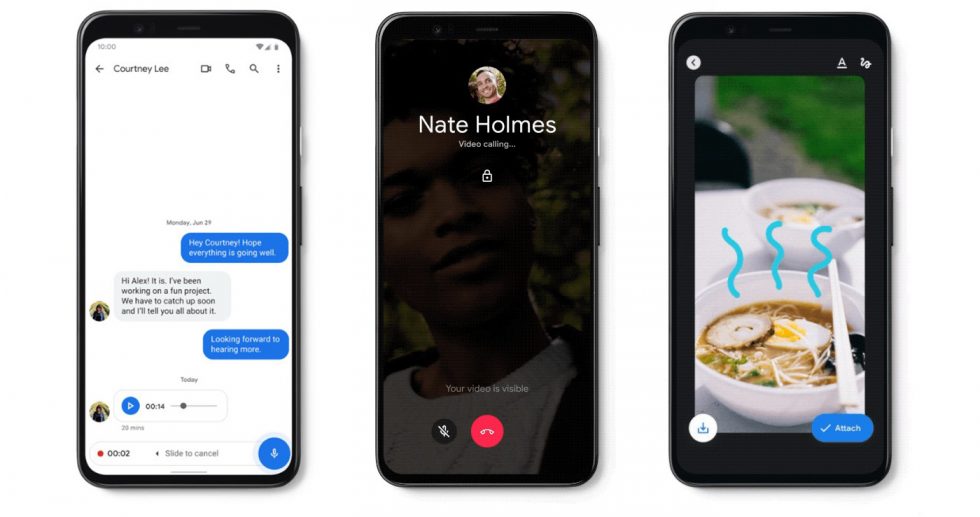