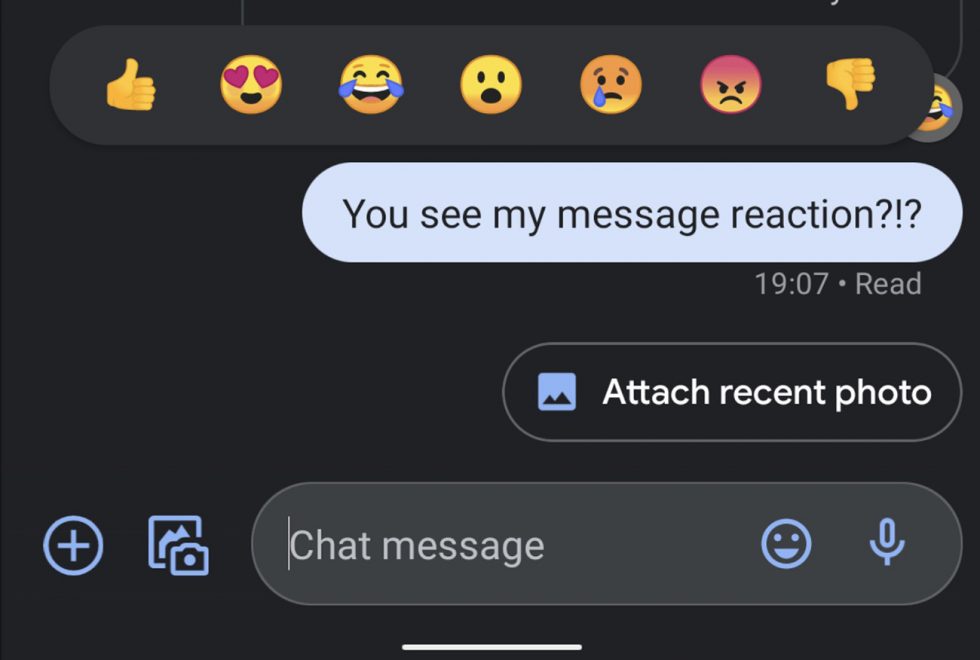 The dream of so many Android users is to finally have a messaging app that can rival Apple’s iMessage. There aren’t many that come close, but Google is certainly doing its best to give us that with Messages, thanks to RCS and its set of “Chat” features.

Through a recent update and what appears to be a limited rollout, Google Messages users with RCS over at reddit are now seeing chat reactions, which is one of the iMessage features you have likely run into at some point in life.

You can see how these look in that screenshot above. As a message rolls in, you will soon be able to react to it with a quick emoji. It’s a lot like how you see “iPhone asshole loved an image” in your chat streams because you own an Android phone and they are reacting to you from iMessage. With this, you might actually see that reaction from your other nice friends with Android phones and RCS.

This feature was first spotted as potentially coming soon in early March, then never materialized until now.

Again, it looks like Google is slowly rolling this out through Google Messages beta. If you aren’t seeing it, try signing up for the beta and you may get it. The Messages beta did receive an update yesterday.