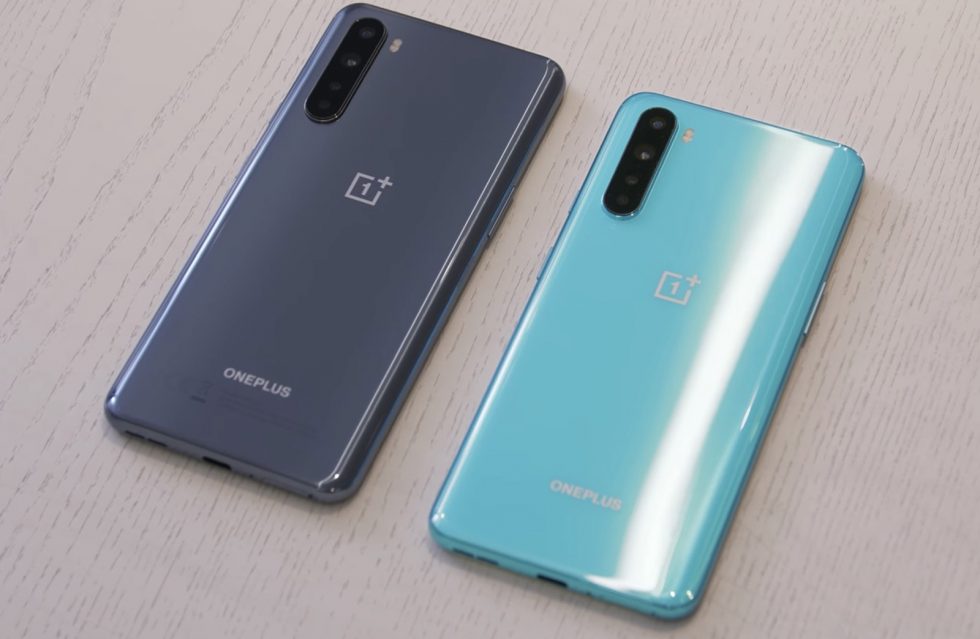 OnePlus tends to reveal products in a non-traditional way, but with OnePlus Nord, they’ve taken things up a notch. Maybe the pandemic explains that or maybe a phone that could have tiny margins needs to get crafty with a reveal. Whatever the case, we now know the design of the phone a week before the company plans to announce it.

During an interview with YouTuber MKBHD, OnePlus co-founder Carl Pei showed off OnePlus Nord’s design in a couple of colors. He also happens to be wearing a pair of true wireless earbuds that could very well be OnePlus Buds.

The interview is less than 20 minutes long, but if you don’t plan on sitting through the whole thing and just want the goods as seen in this post, you can jump to the 14:50 mark and see Pei reveal the phone after showing off a couple of prototypes.

At the top of this post, we have the back of the phone in grey and blueish colors with a vertically-aligned quad-camera setup. The rest of the backside is quite minimal beyond that, showing only a couple of OnePlus logos. It looks like that blurry shot from last week.

On the frontside (below), we get to see a large display with dual selfie camera setup, along with alert slider and power switch on the right side. The bottom clearly has a USB-C port, speaker grill, and SIM tray.

Overall, the design does indeed look quite a bit like the realme X50 5G and not like those original CAD renders. There’s a reason for that, though, which Pei explained in the interview was because they changed designs at the very last minute. 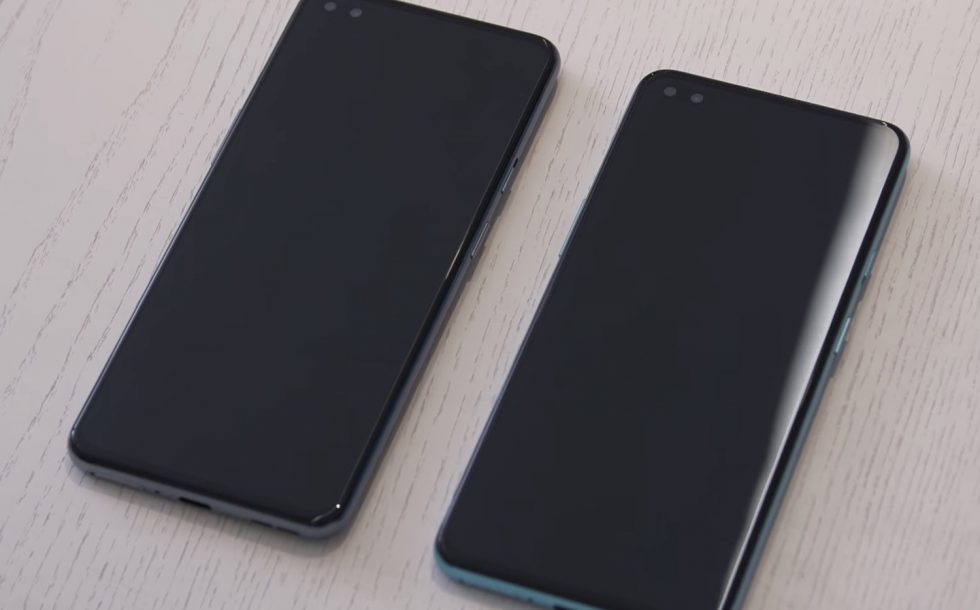 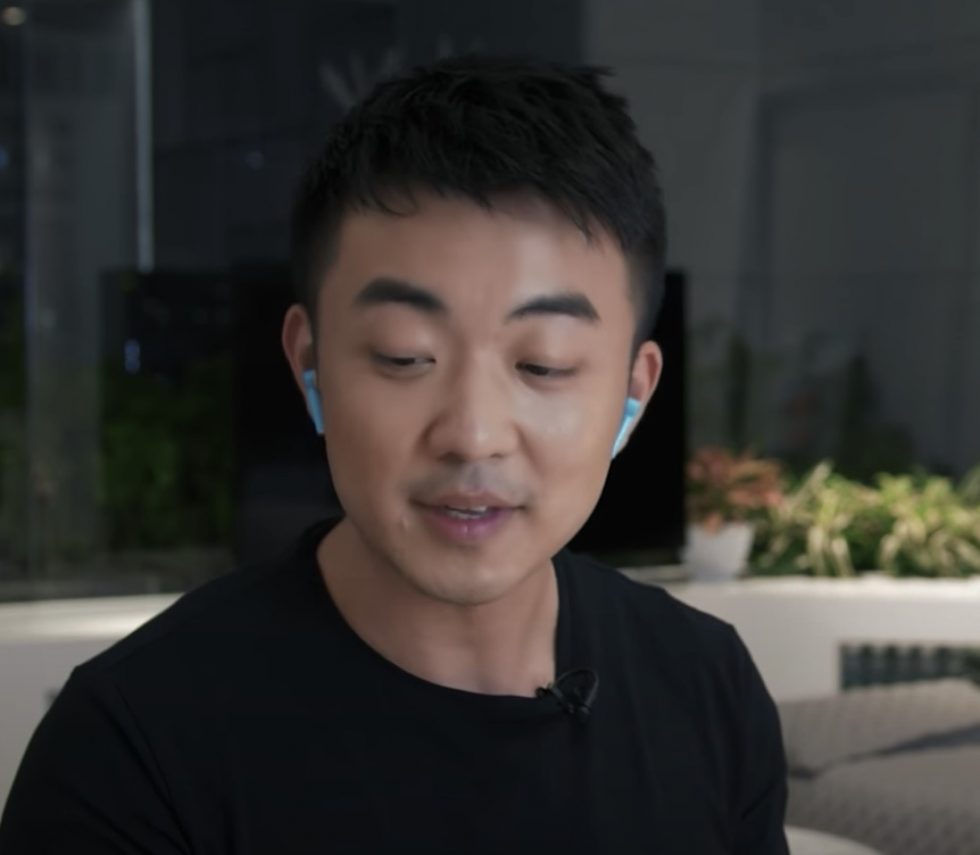 As for the true wireless earbuds he’s wearing, what else could they be besides OnePlus Buds? He took the time to deliberately show off OnePlus Nord in a blue color and just happens to have found a matching pair of buds that aren’t his own company’s? Yeah, I’m guessing those are them.

This design line-up to be enough for you to drop less than $500 on?