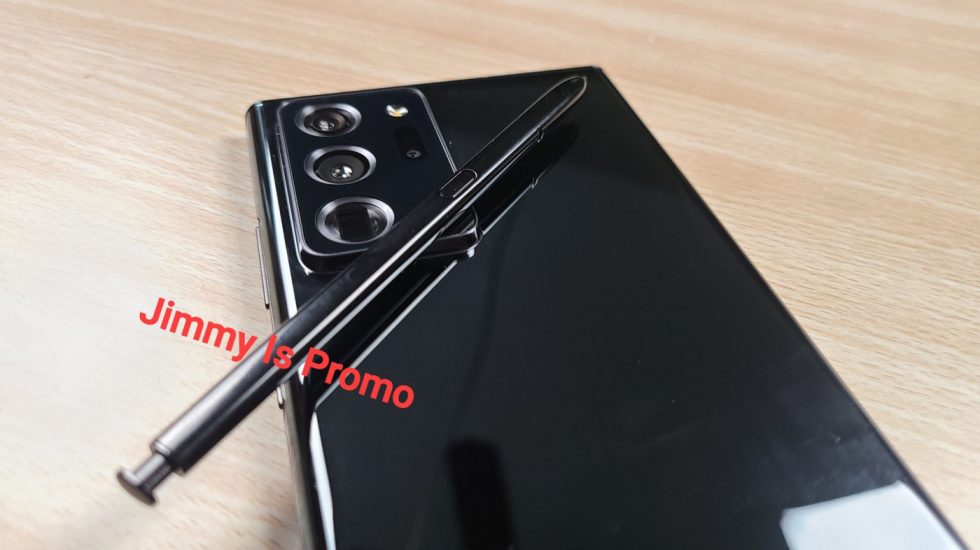 Galaxy Note 20 Ultra leaks are hitting another gear this week following last week’s slip-up by Samsung. We now have a set of images of the device in the hands of an actual human, in what may be the first real-world photos of this larger-than-any-phone-should-be smartphone.

The photos were posted by YouTuber JimmyisPromo and they give us cropped shots of the camera module, S Pen, fingerprint-loving black color, tiny bezels, and front selfie camera cutout.

The Galaxy Note 20 Ultra seen here is very squared-off, very similar to last year’s Galaxy Note 10 line. That square design leads to the slimmest of side and top bezel, along with a barely curved display. Thankfully, Samsung has done a pretty good job in recent years at detecting palm touches, because the lack of bezel here is quite extreme.

The camera housing shows a triple camera setup along with a flash and other sensors. The lowest sensor sure looks a lot like the rectangle shaped Space Zoom on the Galaxy S20 Ultra, only there are rumors suggesting it won’t match the S20 Ultra with 100x zoom.

When asked on Twitter about the device, JimmyisPromo suggested that the phone’s battery is “big,” the S Pen location has switched sides, the software is One UI 2.5, and there is no 3.5mm headphone jack. He also mentioned that the Note 20 will likely be the phone he favors over this Ultra and I’m guessing it’s because of the size. 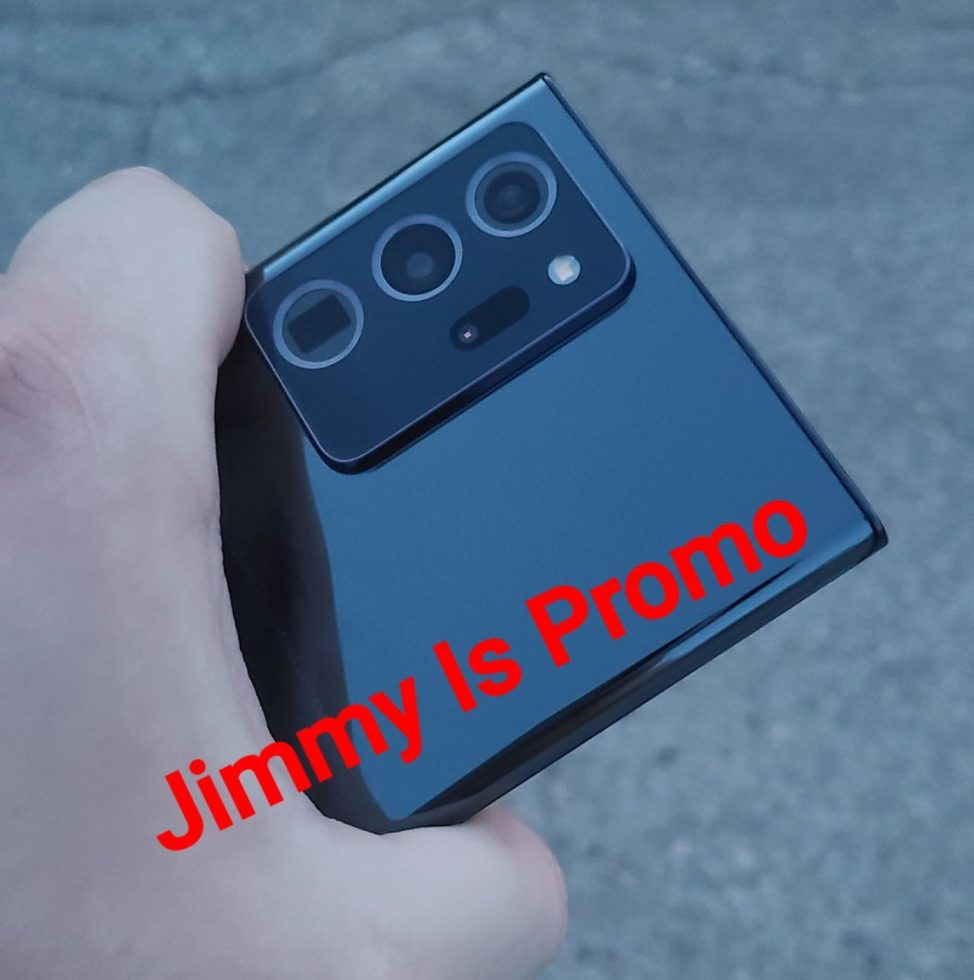 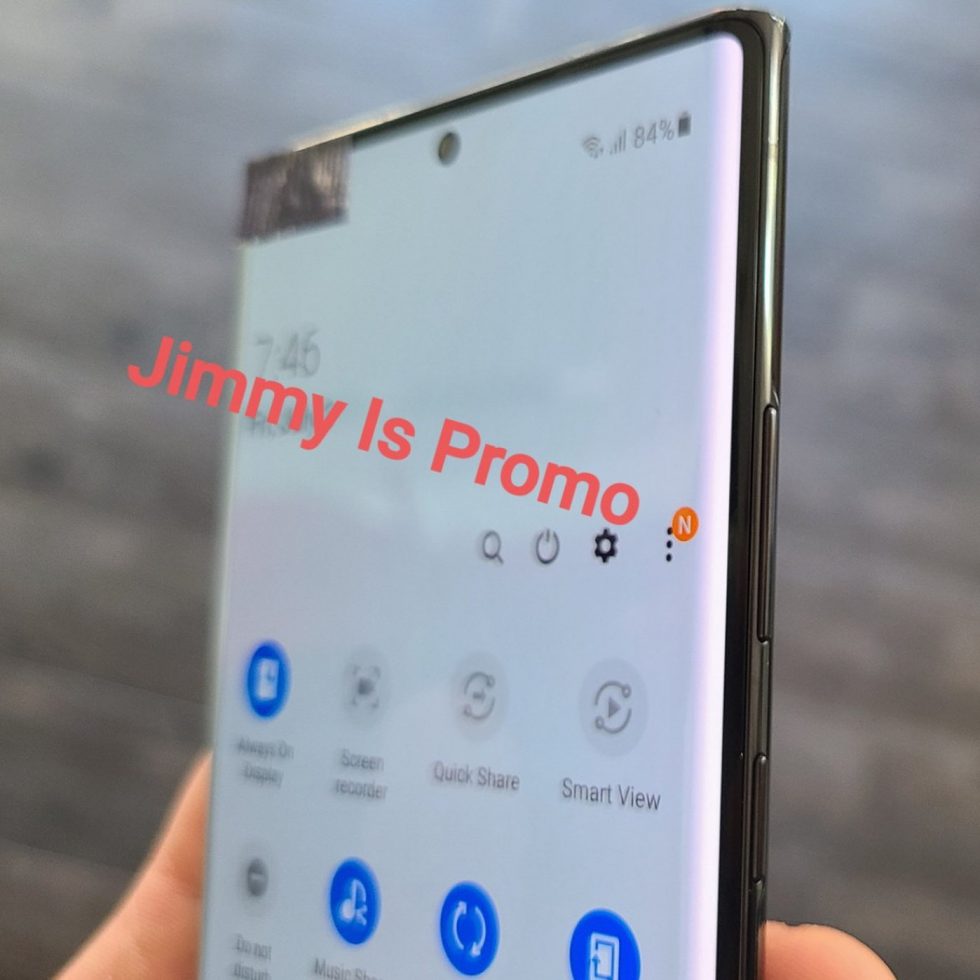 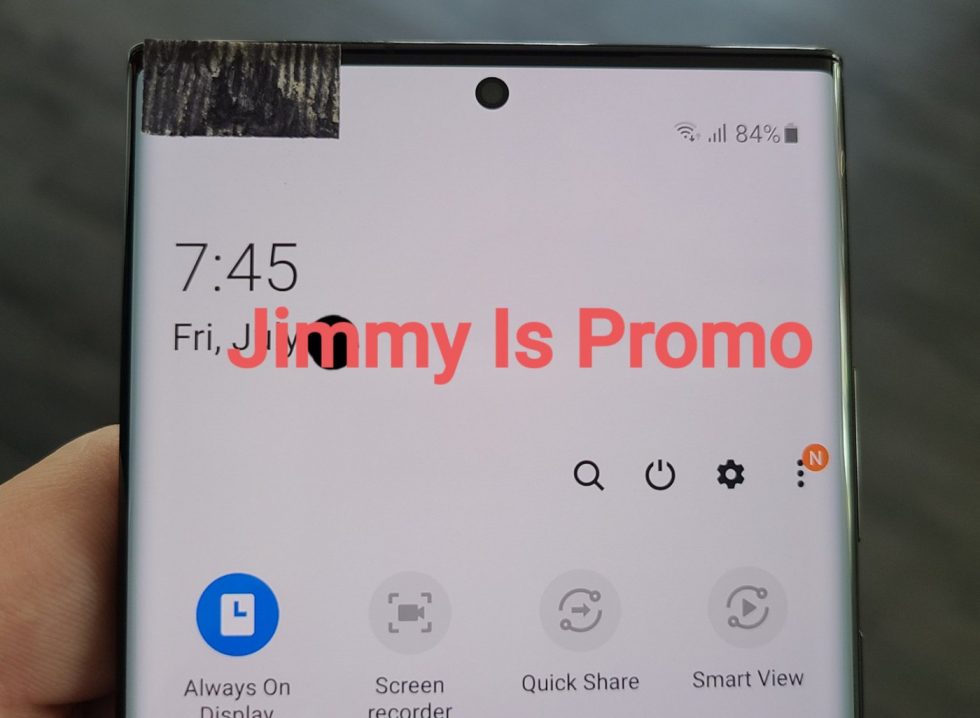