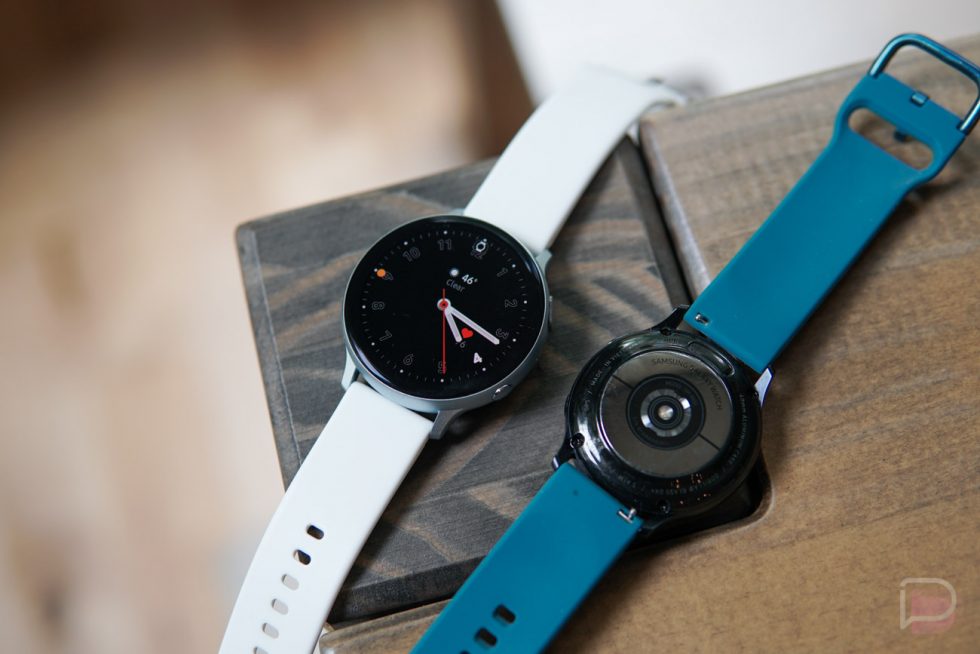 Over the coming weeks, Samsung will announce that it has a new smartwatch for us to consider, a watch we believe will be called Galaxy Watch 3. The new watch has already been spotted (by us) at the FCC, had its name seemingly confirmed, and may join a long list of devices at the Galaxy Note 20 launch. More specs that weren’t revealed by the FCC are also now trickling out before Samsung can make a formal announcement. Now, we think we have a first look at the watch’s front side.

Thanks to Korea’s NRRA certification outfit, listings for both sizes of the Galaxy Watch 3 showed up this week with images attached. We included them below, where we have the SM-R850 (left) and SM-R840 (right).

As we explained previously, the smaller model number for Samsung watches actually means a bigger watch size. The SM-R850 is the 41mm version of the Galaxy Watch 3, while the SM-R840 version is the 45mm. You can see that here, where there is a slight size difference, as well as a couple of other minor differing details between the two.

The larger 45mm model appears to have a rotating bezel that features a textured or outer set of teeth for grip to help a user turn it. The smaller 41mm is believed to have the same rotating bezel, but without those teeth is a bit more elegant. The pushers on the right side of each’s case is a new look this time around.  The previous generation Galaxy Watch and Galaxy Watch 2 models had much flatter buttons, whereas these have buttons more similar to the Gear S3 Classic. Each also has minute markers within the inside of the bezel, just outside of their rumored 1.2mm and 1.4mm display sizes.

This new Galaxy Watch 3 should be a solid, solid offering if it’s anything like the Galaxy Watch Active 2. I’m just curious how Samsung is going to sell it as being any sort of improvement over the Watch Active 2. The current rumored specs sure don’t show anything dramatically different outside of the subtle case design changes here.