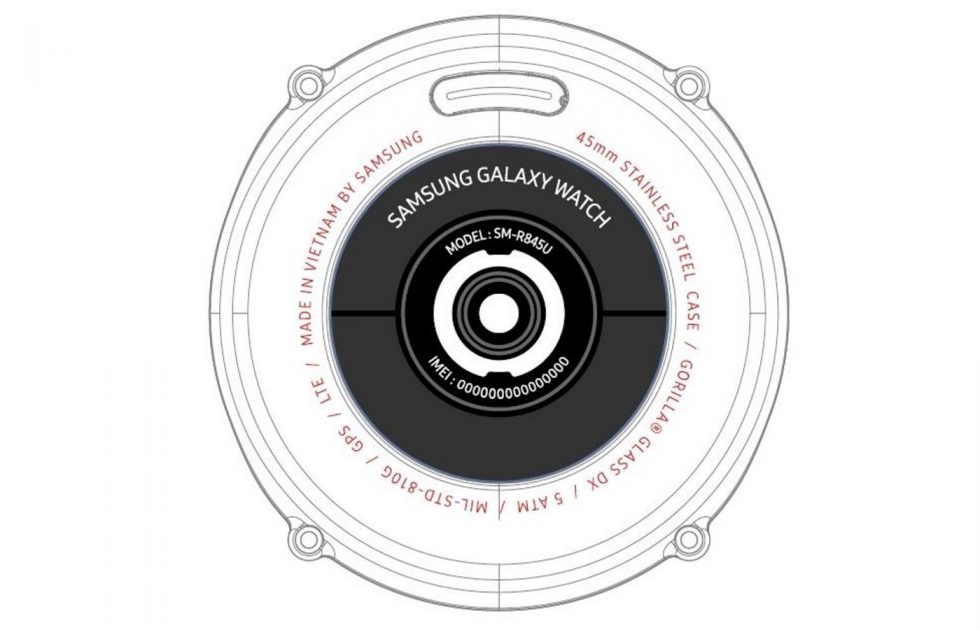 Samsung already makes the best Android smartwatch you can buy today, and yet here they come with a new Galaxy Watch that will likely steal that crown. Two new Galaxy Watch variants stopped by the FCC today, revealing model numbers and some other details, like connectivity.

The new devices were revealed as models SM-R845 and SM-R855, though I’d imagine the WiFi-only versions could be SM-R840 and SM-R850. These R845 and R855 versions both have LTE, as well as WiFi and Bluetooth.

In case you were wondering why we believe these are Galaxy Watch devices, well, the model numbers align with previous releases (Watch Active 2 models were R820 and R830). Also, that imagine above was filed with the FCC and clearly says “Galaxy Watch” on the back. To find certification info, you also have to go into the “About watch” section of each watch. These are new Galaxy Watches, folks.

For specs, the R845 model’s backside reveals a stainless steel case size of 45mm, Gorilla Glass DX protection, 5ATM water resistance, MIL-STD-810G durability, GPS, and LTE. The R855 model didn’t get the same reveal, but my guess is that it is the smaller of the two. While you might think going from R845 up to R855 would mean bigger to smaller in size, Samsung doesn’t play that way. The bigger 44mm Watch Active 2 was R820 and the smaller 40mm model was R830.

Additionally, for timing purposes, know that the Watch Active 2 hit the FCC on July 26 of last year. Samsung then announced both watches 4 days later on July 30. It’s tough to know for sure, but we could be days away from some news.

If we find more details, we’ll update this post. 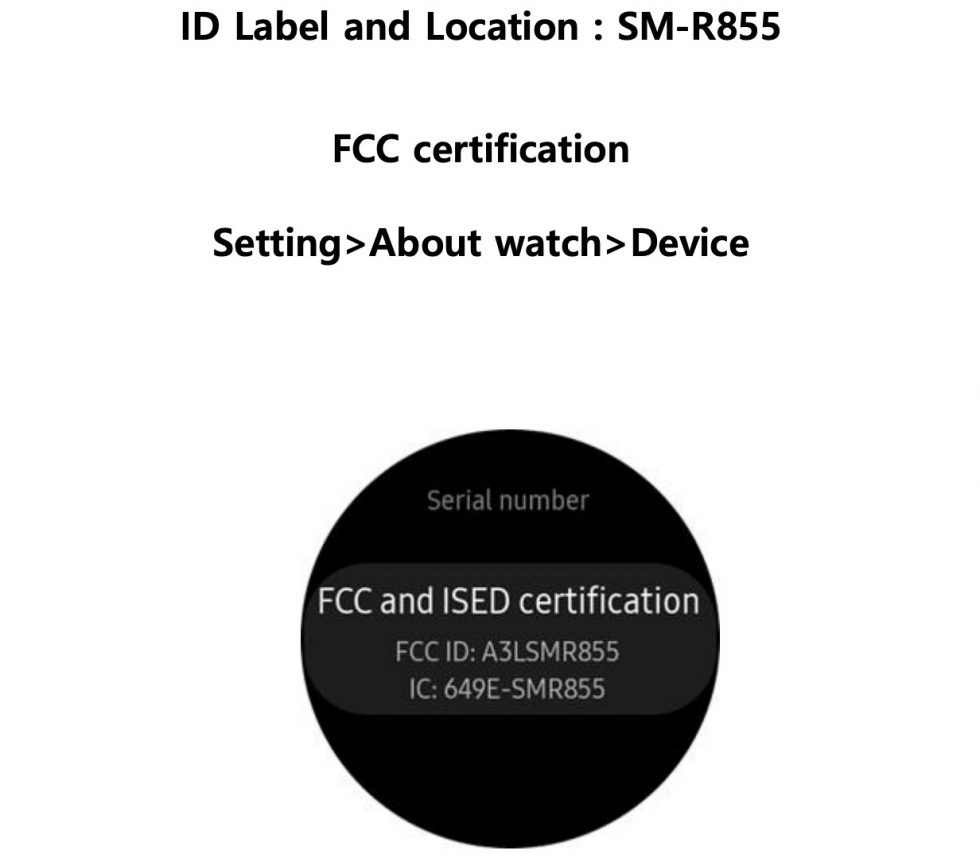 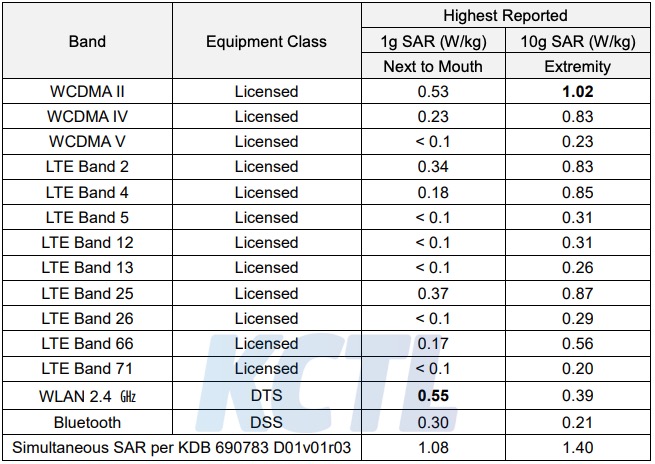 Big news! The WiFi models hit the FCC and are indeed SM-R840 and SM-R850. The biggest news here is an image of the backside of the R850 model, which we now know will be 41mm. So to recap, we’ll have both LTE and WiFi-only models of the new Galaxy Watch with sizes of 41mm and 45mm. 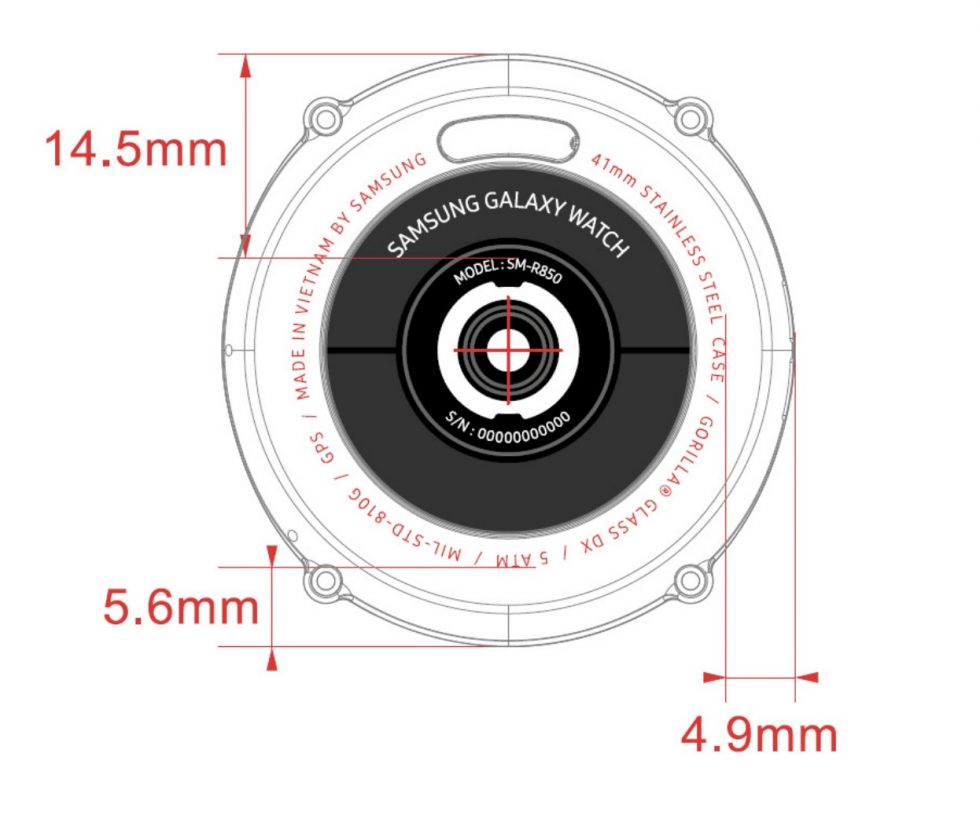 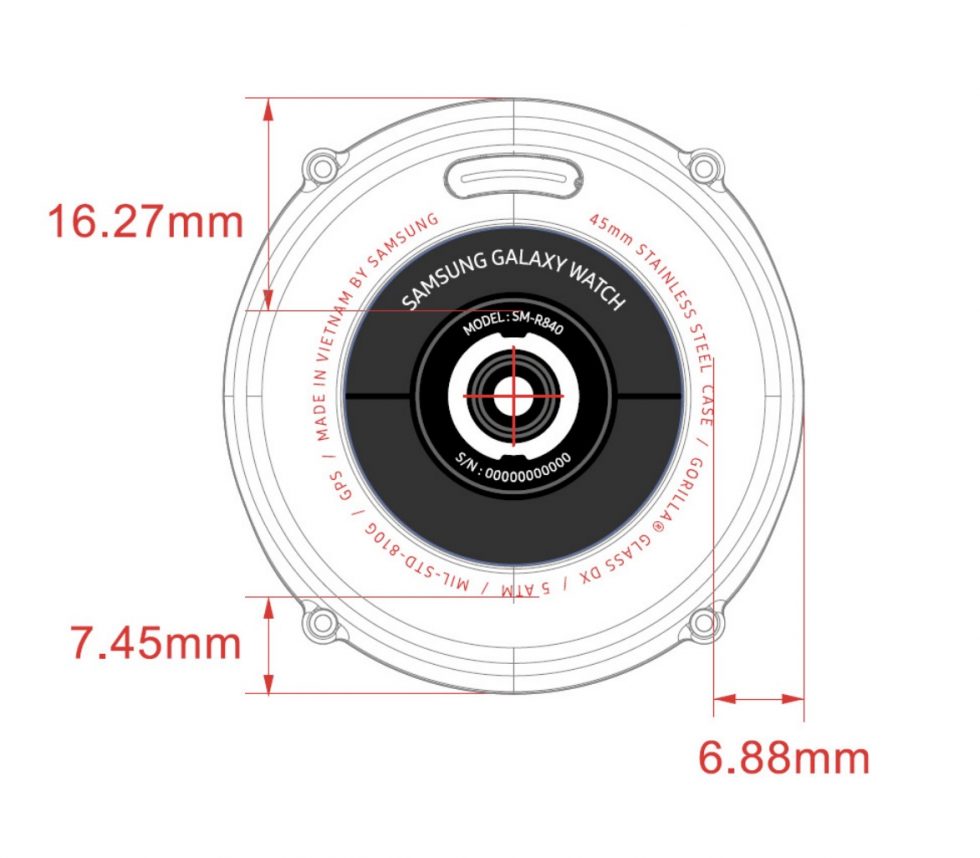