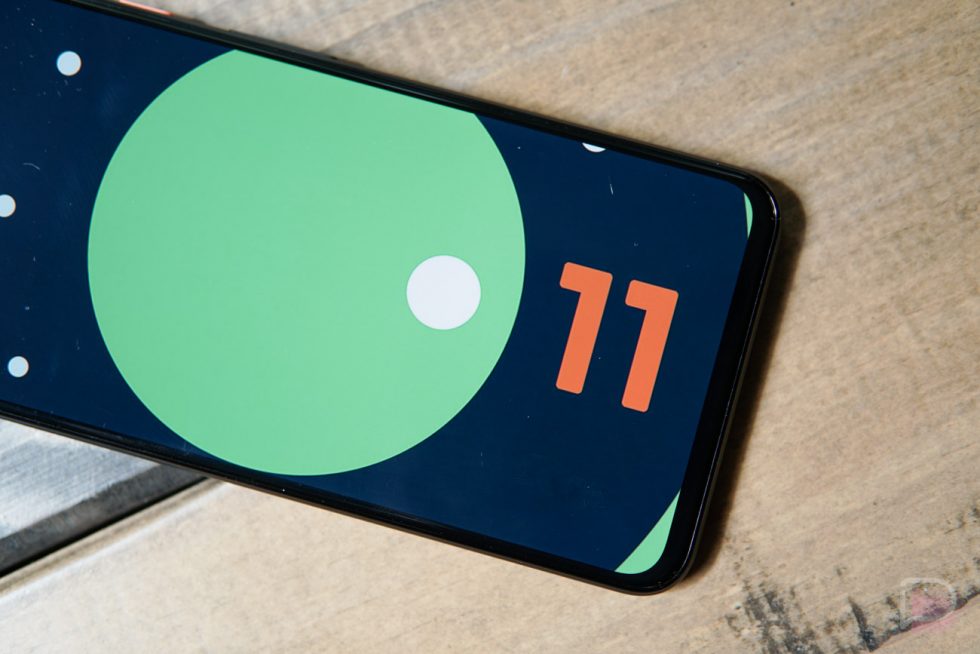 We are close to a week removed from the release of the first Android 11 Beta and Google has kicked off a series of daily videos to continue to share more information about this new version’s changes. Called “11 Weeks of Android,” Google plans to dive deeper into the changes developers can take advantage of to further improve app experiences for you and I.

In the first two videos in the series, Google has now told us about two major changes we should expect to see over the coming weeks and months that will benefit everyone.

Android’s One Tap and Block Store

The biggest change we know the most about relates to sign-ins for apps and services. The new experience is a combination of two services called One Tap and Block Store, both of which are a part of the new Google Identity Services Library. I’ll do my best to explain both in the simplest of terms, as I am no developer, yet I do believe these are both major improvements. 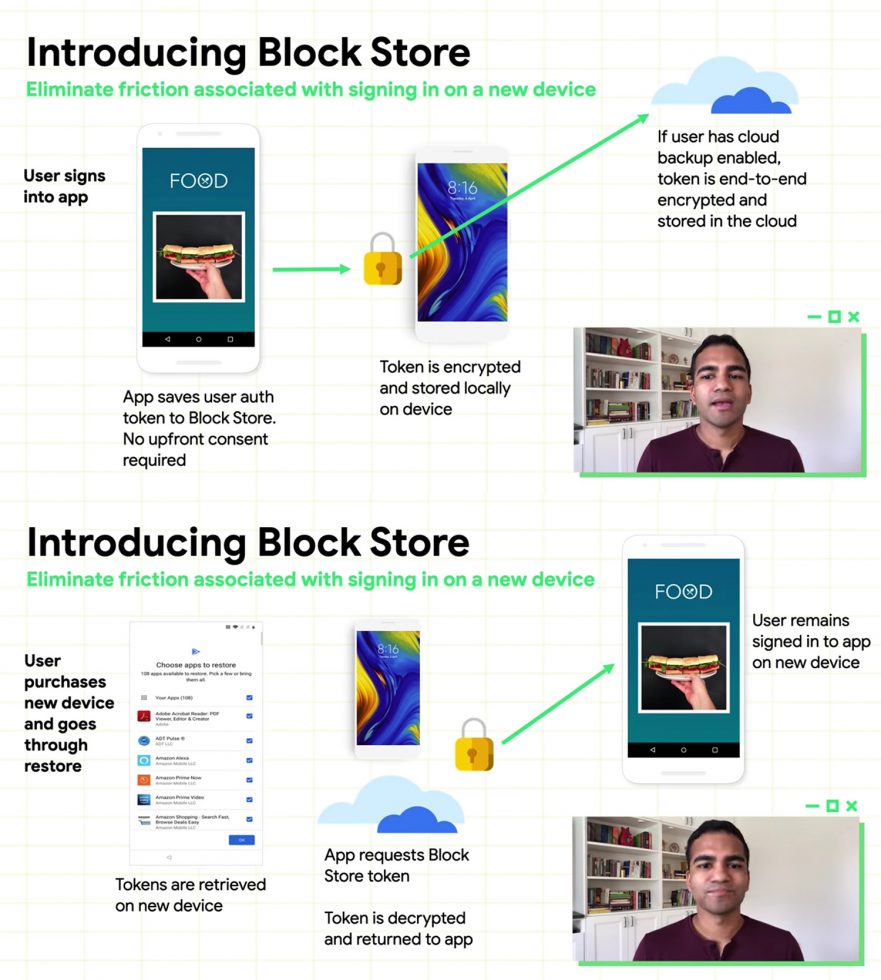 Since Block Store is the newest of the two, we’ll start here, but know that this is a targeted feature to those who are signing-in or setting up a new device.

With Block Store, Google is allowing developers to save authentication tokens from users who sign-in to their apps, then back those up to the cloud for retrieval on a new device. Should that user then restore their apps on a new phone, that token will pull and automatically sign them back in. Instead of fussing over forgotten passwords and accounts, all of this sign-in magic should happen through the normal setup process. Oh, the token is encrypted both on device and in the cloud.

Assuming this works as advertised, you should already be signed-in to your apps after they install on your new device without seeing a sign-in prompt. How sweet is that?

Google says it is going to try to start an early-access program to Block Store at the end of this quarter. 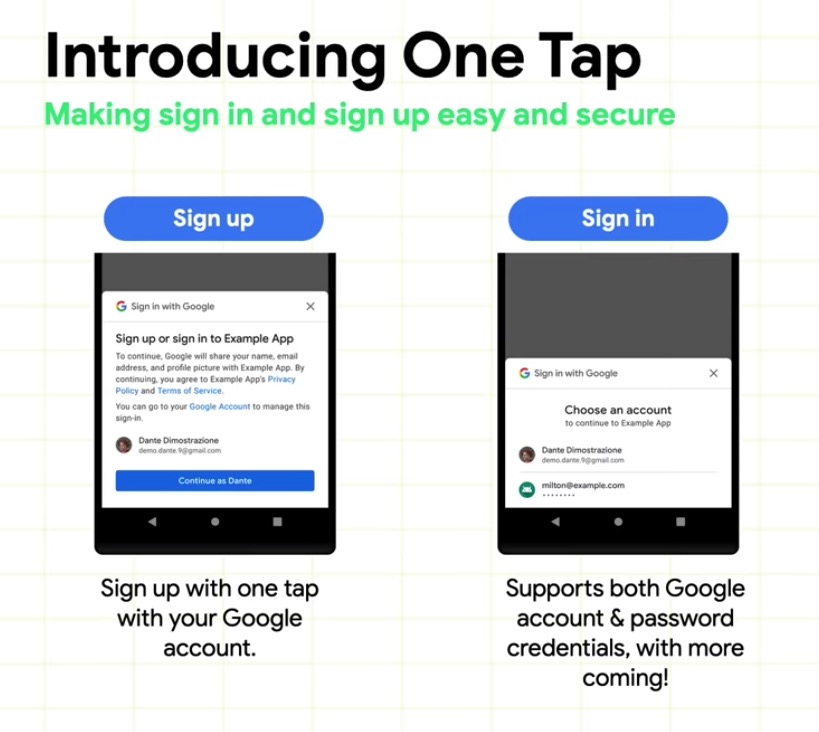 For One Tap, Google has created a single tap option when you sign-up or sign-in to an app or service (this is both on apps and the web). If a developer builds in One Tap support, the app or service will ask you upfront if you want to sign-up with your Google account, assuming you don’t have one. If you do already have an account associated with Google, you’ll then be presented with a One Tap sign-in or a chance to use autofill, as it supports both of those types of credentials.

The sign-up process for One Tap creates a secure, token-based and password-less account associated with the app that can be used to sign-in across platforms and the web. It can also be tied into autofill, should developers choose to allow that.

One Tap was first announced back in April, but we got a lot of specifics today and so far, Google says adoption of it has gone well.

The other big reveal today came in a single screenshot through an explainer for some of the new conversations changes in Android 11. See it below? We’re talking about the “Nearby” icon in the share menu, first spotted by 9to5Google. 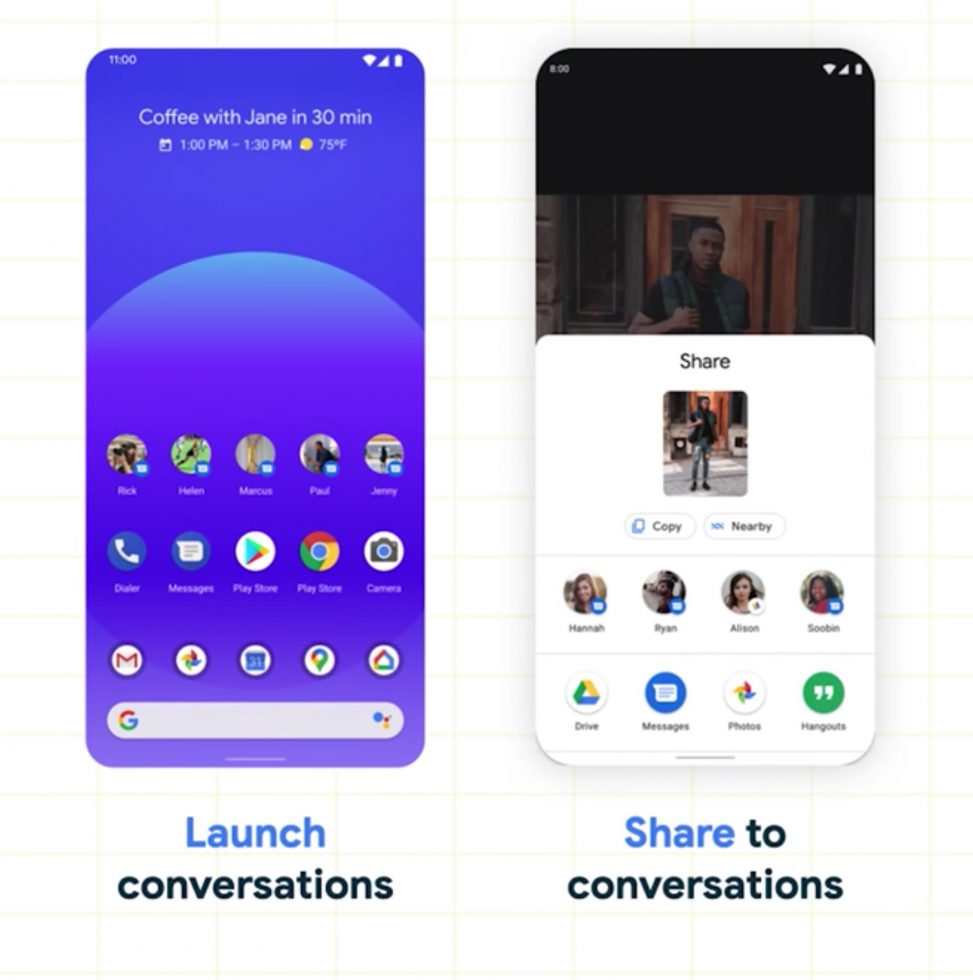 Google hasn’t actually acknowledged what Nearby is yet, but we have seen it pop-up from time to time over the past year. This is the Apple Airdrop-like sharing experience we keep thinking Google will one day announce. It once showed up as Fast Share, but most recently was demoed as Nearby Sharing. We believe this feature will let you easily share files with nearby Android devices over Bluetooth.

I get the feeling that Android 11 has a bunch of stuff coming that Google wasn’t ready to show off as a part of the first beta.