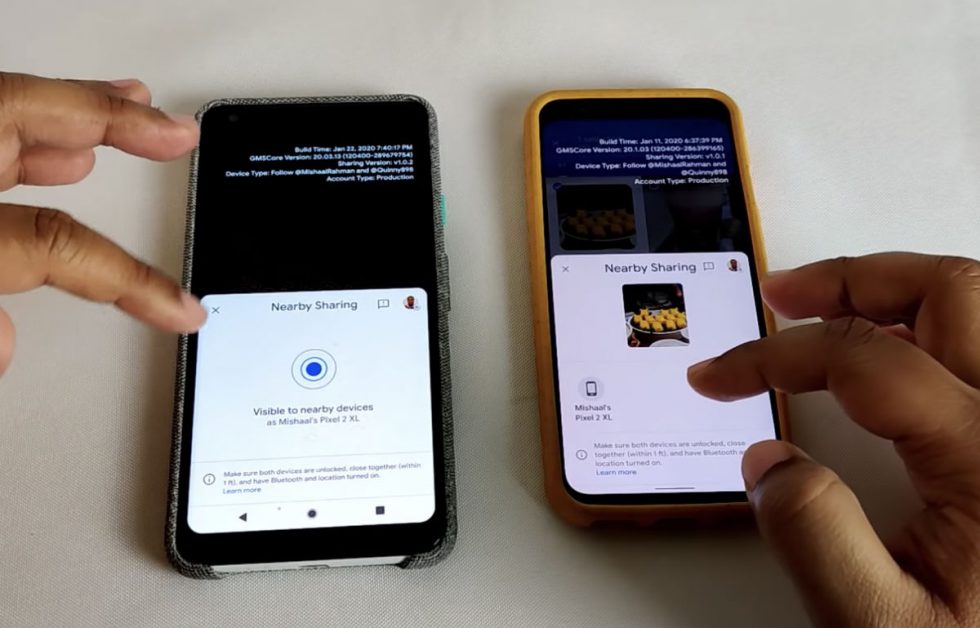 Earlier this month, Google’s currently in development competitor to Apple’s AirDrop was detailed by XDA, shown to be called Nearby Sharing and scheduled for what we hope is release a little later this year.

This morning, a physical hands-on video with the feature was posted by XDA, with a user going over the feature and showing us all how it works between a couple of Pixel devices. It should be noted that Nearby Sharing is expected to work on many different Android devices, not just Google Pixel models.

As we already knew from the past dive into the feature, Nearby Sharing uses Bluetooth to first establish the connection between two devices. Google details that this is all made easier if devices trying to establish a connection are within 1ft. of each other. Once connected, you can choose in the settings to utilize WiFi for transferring files, which will allow for much great data transfer speeds.

Once all of the settings are gone through, a quick demo is provided on how it works. As you’ll see if you watch the video, it works well, but is still clearly in development and not quite ready for major release. Maybe soon, though.

I suppose if using Google Drive or some other app is too much or too slow, Nearby Sharing will hopefully do its job well for users looking to transfer data quickly and securely.