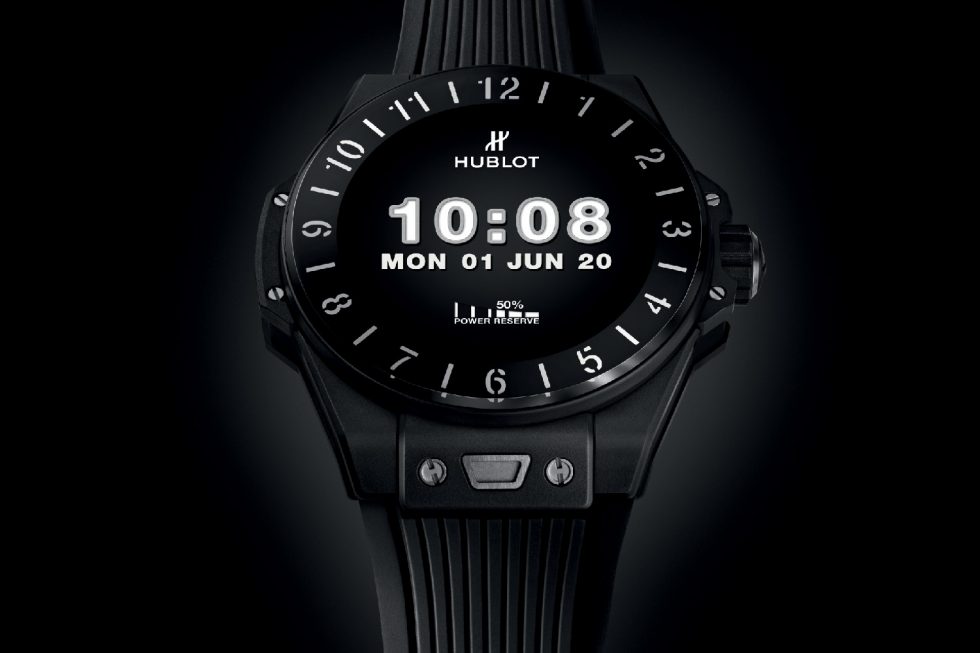 Hublot is preparing to announce a new smartwatch dubbed the Big Bang e in the near future and we have the first image of it above. The watch, which stopped by the FCC today, also happened to briefly appear on their website.

The full set of details are still unknown, like whether or not this is a Wear OS watch (we’re assuming it is), but we do now know some stuff. The watch carries model number “HB440 1,” features WiFi, Bluetooth, NFC, and has an e-label screen for showcasing its FCC ID. That screen is accessed just as it would be on any other Wear OS watch, by visiting Settings>System>Legal notices.

Hublot also describes the watch as a new connected watch, similar to their original connected watch, the Big Bang Referee. That watch, for those who forgot about its limited availability as a $5,200 referee watch for the 2018 World Cup, ran Wear OS:

Hublot first released the Big Bang in 2005. Since then, this model has come to embody Swiss watchmaking in the third millennium.

In 2018, the first connected version of the Big Bang made its debut. And now, Hublot unveils the BIG BANG e. The new incarnation of the brand’s Art of Fusion ethos: a fusion between tradition and innovation, cutting edge materials and the latest digital technology.

And let’s not forget that Hublot is a part of LVMH, which owns TAG Heuer and Louis Vuitton, two companies who have made several Wear OS watches in the past. Oh, and that screen show above is clearly digital, as if it were a touchscreen.

Again, the watch isn’t official, but could be shortly. Once it is, we’ll update this post with pricing and other specs.