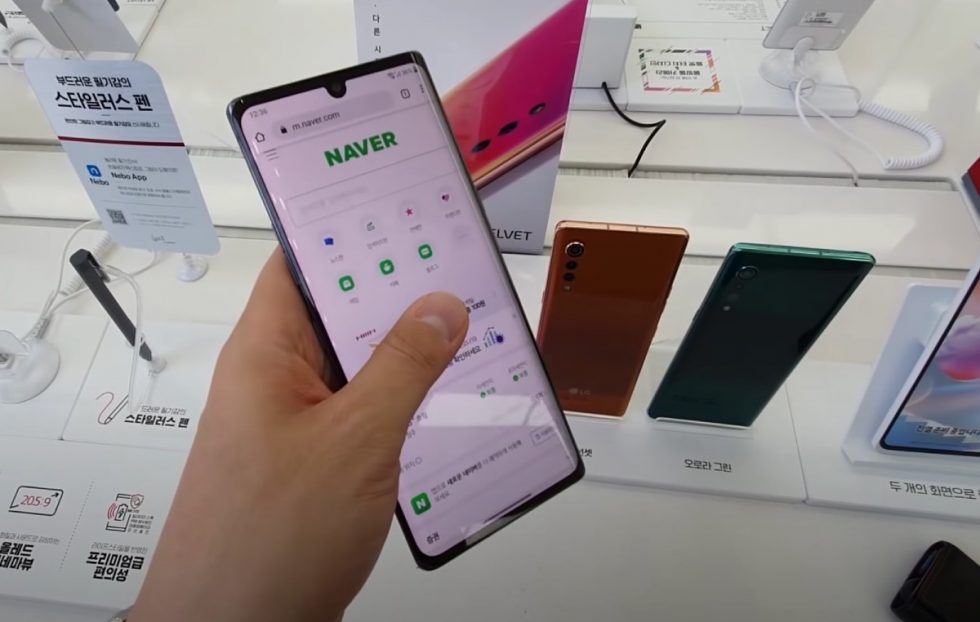 LG is a funny company. It just released the V60 a month and some change ago, but it’s as if that phone never happened, with all attention and effort going towards the new Velvet smartphone. Not that I blame them for this, since the Velvet is an infinitely more interesting device, but at the rate LG has teased and detailed Velvet, there won’t be anything left for the company to detail at its May 7 online unveiling event.

May 15 is believed to be the in-store availability start date for Velvet, but in at least one store that looks to be in South Korea, the Velvet has arrived! In the below video, we get a full hands-on of the device, complete with software tour and everything else you might need to see.

While this is great, getting to see the colors and the hardware, we also get to see the software. Yeah, we can now confirm that LG doesn’t appear to have any type of new software UX and this is mostly the same thing we’ve had from LG for years. Yawn. Custom launcher and as much software tweaking as I can do, here I come!

Check out these colors, though. My eyes are completely set on getting that Green model. Mmm, sexy.

What do you think? Is Velvet cool enough to get you to try LG?