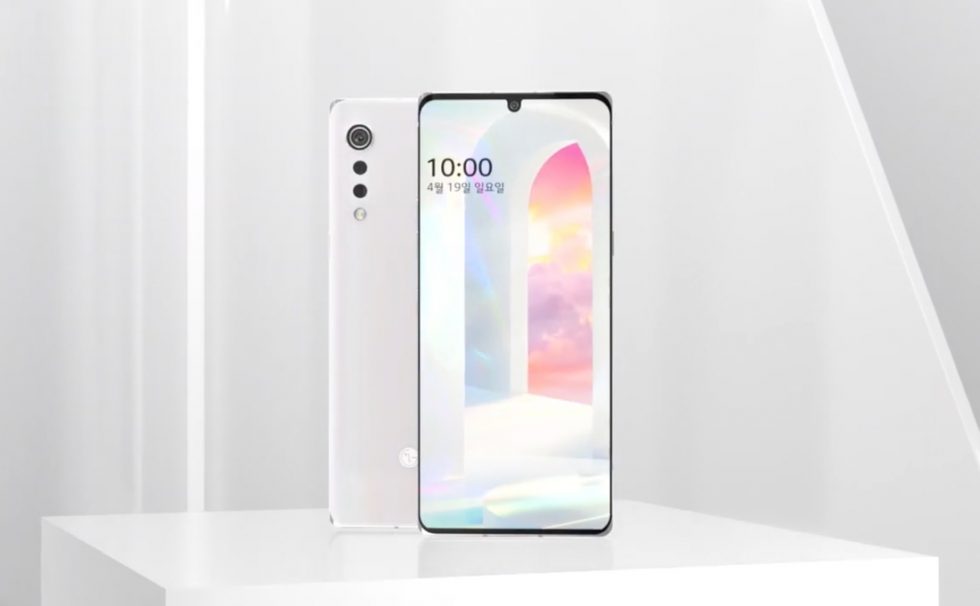 LG might have revealed the V60 only a short few weeks ago, but we are already moving onto the next project from the company. And when I say “we,” I mean that LG is clearly over the V60 – a phone only released to fill a quarter and provide carriers with a non-$1,000 5G option – and showing off its VELVET phone at every chance it gets.

As you all know, the LG VELVET is the new smartphone line from LG that was first announced a little over a week ago. We know it has a design inspired by nature, display notch, cascading camera, and curves on curves. It has a “stylish, tactilely pleasing design,” that has now been revealed.

This weekend, LG posted a quick teaser video of the phone, showing off both its backside and front, while confirming its processor. The phone at the top of this post is the LG VELVET.

From a design standpoint, it looks like the original renderings that LG shared, though we get to see a finalized form here. It does indeed have the camera layout they promised and a big display with notch. It sports a pearlish backside that changes color depending on the light, curved front and back glass that blends into a metal frame, and…yeah it looks like a modern smartphone. LG has teased not only this white pearl color, but green, red, and black options as well.

They also told us that the processor inside is the Qualcomm Snapdragon 765. That might confuse you, since the current flagship processor from Qualcomm is the Snapdragon 865, but this chip is no slouch. It sports integrated 5G and is still very much an upper-tier smartphone chip. There’s a chance that a number of smartphones feature this chip in 2020 as a way to keep 5G phones at lower prices without sacrificing a ton on performance. The Pixel 5 might run this same chip.

What else does LG have in store for the VELVET? I get the feeling they aren’t going to stop telling us more details any time soon.