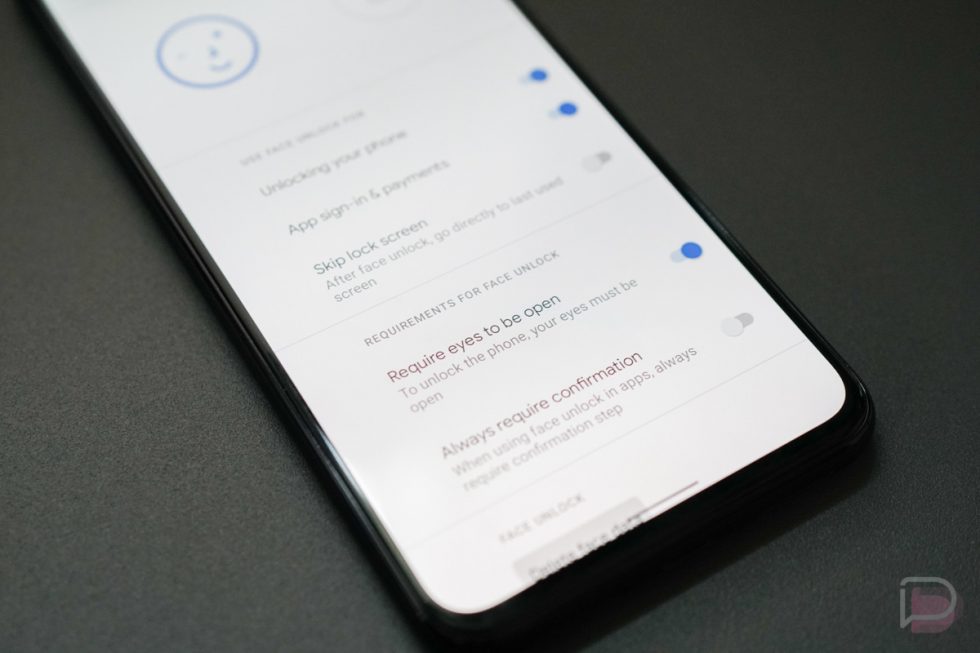 At launch, the Pixel 4 and its advanced face unlock system had a pretty major security flaw – it could be bypassed even if the face it recorded didn’t have its eyes open. Basically, if someone grabbed your phone while you were sleeping and held it up to your face, they could get past the lock screen. Not great, right?

Google promised to fix this and add an eyes-open requirement. Months went by without any additional acknowledgement from Google, but earlier this month, we saw the first signs of the feature arriving. Then today, with the Android 11 Developer Preview 2 dropping. it appears Google has now added the eyes-open option.

On my Pixel 4 XL running DP2, I now have the option in Face Unlock settings for “Requires eyes to be open.” It’s a simple toggle that does indeed force me to open my eyes in order for face unlock to work.

Now the question becomes, when does Google add this to phones not on Android 11? Maybe with the April security patch?