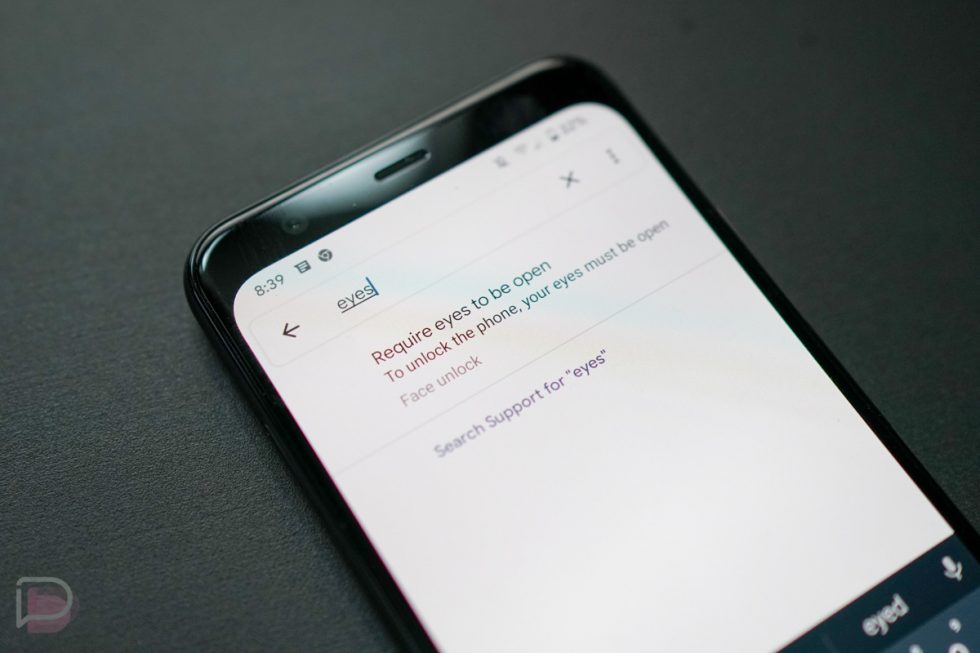 The Face Unlock feature on Google’s Pixel 4 was supposed to be as secure as it gets, in a lot of ways like Apple’s. Google put a bunch of super fancy face scanning hardware in the Pixel 4 to make it more than just a front-facing camera powered system. But then it launched and folks noticed one big issue right away: you could unlock a Pixel 4 with your eyes closed.

That’s bad for reasons I’m sure you can understand and forced Google to acknowledge that a fix was needed. They initially told us back in October that an update to address the eyes-open requirement would arrive in the “coming months.” Well, we’re certainly months out from that and the fix might finally be close.

After searching through settings on a Pixel 4 this week, a user noticed that an option for “Require eyes to be open” has appeared that directs you to the phone’s Face Unlock area. Unfortunately, the setting isn’t showing in there just yet, almost as if it’s hidden and needs Google to flip some remote switch.

Since Google just released the March Android update with a bunch of new features, I’m actually surprised they didn’t include this as a part. Maybe they meant to? Either way, Google could be ready to fix the Pixel 4’s biggest Face Unlock-related security issue.